Simulation - Games that mimic real life in some way from business to politics to human behavior! 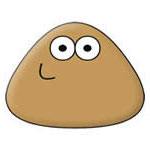 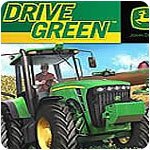 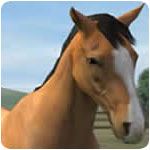 Groom, Feed, Train and Bond with Your Very Own Horse! 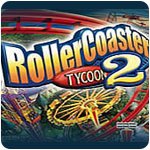 Create Your Very Own Amusement Parks With This Excellent Simulation! 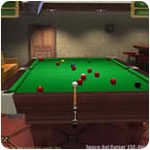 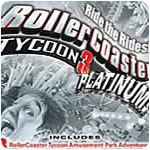 Live It Up In Your Own Theme Parks With Rollercoasters, Water Slides, Animals and More! 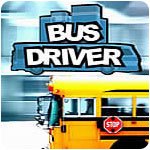 Transport Passengers Around a Realistic City in 12 Different Buses! 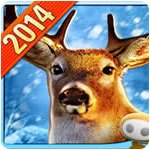 Prowl the Untamed Wilderness for Deer and Other Big Game Animals. 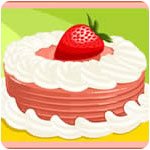 Set the Tables, Make the Menus, and Bake the Goods! 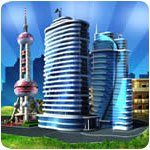 Turn a Small Plot of Land into a Productive and Thriving Metropolis!

What are Simulation Games?

A simulation game is a video game which seeks to recreate some aspect or aspects of the real world. This can mean anything from operating a vehicle, to organizing a business or sports franchise, to running the lives of a virtual family. The subject matter of simulation games varies greatly from game to game, but all simulations share a desire to accurately reproduce a complex activity or system in a virtual environment.

The History of Simulation Games

Because there are so many different subgenres of simulation games, it is best to look at the histories of each in turn.

Perhaps the crown jewel of simulation games, at least in terms of influence and popularity, is Maxis’s SimCity (1989). Its creator, Will Wright, first hit upon the idea for a city simulator when he realized that he preferred the map-building feature of Raid on Bungling Bay more than playing the game itself. This preference for creation and planning over destruction is emblematic of the entire simulation genre. SimCity sought to recreate the challenges of urban planning, with factors such as power, zoning, transportation, taxation, crime, and natural disasters. Four sequels of increasing complexity have followed over the years, the most recent being SimCity: Societies (2007), but the standard-bearer being the earlier SimCity 4 (2003). Various other city-building games have followed on SimCity’s success. Some, such as Caesar (1992) and Pharaoh (1999) by Impressions, feature historical settings; others, such as Outpost (1994) by Sierra are based on science fiction. PopTop’s Tropico (2001) and its two sequels feature a Caribbean “banana republic” setting. CitiesXL (2009) by Monte Cristo, on the other hand, more closely adheres to SimCity’s contemporary format.

In addition to spawning its own subgenre, SimCity became the first of many “Sim” games created by Maxis, which for a time in the 1990s was practically synonymous with the simulation game. SimEarth (1990) gave the player control over a young planet with the goal of guiding it to maturity. SimAnt (1991) depicted the life cycle of an ant colony. SimTower (1994) let players design their own skyscraper. A number of other, similar games were also released by Maxis. All of these, however, and even SimCity itself, were eventually eclipsed by The Sims (2000), which simulates the lives of human beings. Players control what type of house their Sims live in, whom they marry, what their jobs are, and all other aspects of their lives. Addictive, fascinating, and offering an endless amount of variety, The Sims, together with its many expansion packs and sequels, has become the best-selling computer game franchise of all time. Will Wright’s most recent effort, the ambitious Spore (2008), is at least partially a simulation game as well.

Sports simulation games are an old and established genre, with roots in the golden age of arcade gaming. The first accurate sports simulation was Atari Football (1977), a two-player game which popularized the trackball as a controller. Soon countless varieties of sports games began appearing in arcades and on home gaming systems. The computer game Earl Weaver Baseball (1987) was a major step forward in realistic sport simulation: players did not just control a team for a single game, but for an entire season. In one mode of play, the team could be controlled from the perspective of the manager, rather than the athletes. A number of other realistic touches were also included, including real-life stadiums of different sizes and players with minds of their own. The game was designed with the help of Orioles manager Earl Weaver, the first time such a collaboration took place. Earl Weaver Baseball, along with a later game entitled Baseball Mogul (1997), prefigured what is perhaps the most famous and highly acclaimed sports simulation series, the Madden NFL franchise by Electronic Arts, first released in 1988 and now updated on a yearly basis. These games not only realistically recreate individual football matches, but also offer detailed franchise modes. In this way they partially overlap with another subgenre, business simulators.

Business simulation games put the player in the role of a business owner who must keep his company profitable. Lemonade Stand (1973) is perhaps the oldest game in the genre; it became popular in part because it came included with Apple computers during the 1980s. The energy crisis of the 1970s helped to inspire another early example of the business simulator: Windfall: The Oil Crisis Game (1980), which made the player the CEO of an oil company. EA’s MULE, set on a fictional extraterrestrial planet, combined strategy with economic management. The genre only truly matured, however, in 1990, when Railroad Tycoon was released by MicroProse. Designed by the legendary Sid Meier, Railroad Tycoon challenged the player to lay railroad tracks, purchase trains, manage schedules, and compete against other, computer-run rail companies. Like SimCity, it was a critical and commercial success that led to several sequels and many imitators. MicroProse also released other “Tycoon” games, such as Roller Coaster Tycoon, which were not designed by Meier.

The business genre exploded during the 1990s, with games as different as Merchant Prince, which took place in late medieval Venice, and Theme Park, which requires the player to build and run an amusement park. Capitalism (1995) is particularly notable for its realism, complexity, and wide array of different options. New business sims continue to be made today; more recent offerings include Prison Tycoon and Zoo Empire (both 2005). The past decade has also seen new business sims in the form of massively multiplayer online games, the most notable of which is probably EVE Online (2003), which features a complex virtual economy driven by the actions of tens of thousands of players, and is notable for its often cut-throat gameplay.

Political simulations have also found an audience. The American political system’s Electoral College seems particularly well-suited to be the basis of a computer game: essentially the candidates are competing simultaneously on fifty-one unique battlegrounds. President Forever (2006) by TheorySpark is one example. It is typical of advanced simulations in that it involves interpreting a great deal of data, which might frighten away novices even as it appeals to “hardcore” followers of politics.

Another, very different, kind of simulation game is the vehicle simulator. Perhaps the most famous example is Microsoft Flight Simulator, one of Microsoft’s signature products, which has been produced in ten different versions since 1982. It is renowned for its realism, though that same quality makes for a very steep learning curve for new players. Eighteen-wheel trucks, ships, cars, trains, helicopters, and spacecraft have all also been featured in various simulators.

The popularity of simulation games has also given them an influence beyond their own genre. Racing games, for instance, share many elements with vehicle simulations. Strategic or tactical strategy games which emphasize realism are also closely related to the simulation genre.

Because simulations games cover so many different subjects, many gamers are likely to find some simulation which they will enjoy, though few will be interested in all types of simulators.

As has been noted above, many simulation games are so realistically complex that they seem daunting to new or casual players. Simulation games usually require concentration, planning, and balancing various aspects of a multifaceted system; therefore, those seeking a simple experience will probably do best to look elsewhere. Simulation games are intended only for those who want a serious mental challenge.