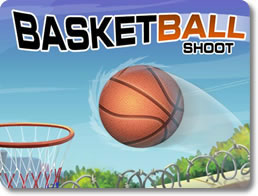 Estimate Trajectory and Bounce to Score Tough Baskets in this Physics Simulator!

The Science of Shooting

Basketball is not just a sport. It is a science. While there may be a lot of athleticism and strategy involved with winning a game, a lot of math needs to be taken into account when it comes to actually shooting. You got to throw the ball at just the right velocity and at just the right angle so that it can bounce on and off the rim and/or backboard and straight into the basket.

Don’t believe it? Then play Basketball Shoot to see why! You’ll shoot a wide variety of baskets in this handy little app. Physical aptitude and shooting technique won’t be needed, but you will need to be aware of the physics involved with shooting.

Do you think you have what it takes to shoot beyond the three-point line? Get Basketball Shoot and find out!

Not Your Average Shooting Simulation

The object of Basketball Shoot can be found right there in the title. It may be as simple as that, but just like in real life, shooting a successful hoop can be a challenging process that requires a lot of practice to make perfect.

Basketball Shoot may be fundamentally easy to get a grip on, but it’s still a game of skill. Learn to shoot like a pro, and the app will reward you appropriately.

As you play the game, you’ll earn many opportunities to change the look of Basketball Shoot once that old court starts to bore you.

We Have a Winner!

Basketball Shoot may sound a tad simple, but don’t let that fool you. Its accessible nature makes it all too easy to pick up and just about impossible to put down. Shoot a hoop or three and it’s all but guaranteed that you’ll be hooked immediately.

Get this game for your mobile device right now, and learn the science behind the basketball shot! 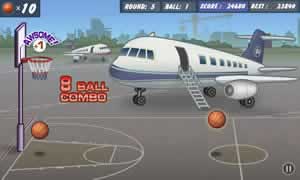 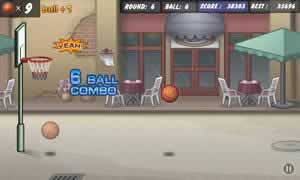