Educational - Fun learning games for kids from preschool on up! 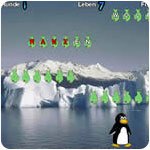 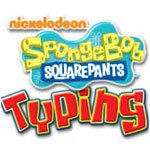 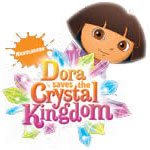 Explore Four Storybooks to Find the Crystals and Save the Crystal Kingdom! 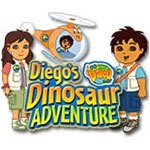 Join Diego on His Big Adventure! 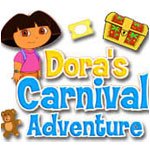 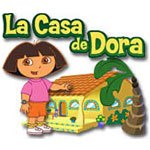 Explore The Fun Inside Dora's Home! 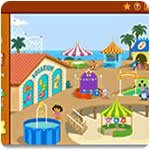 Doras Carnival 2: At the Boardwalk

Have Fun at the Carnival with Dora the Explorer in the Educational game Doras Carnival 2: At the Boardwalk! 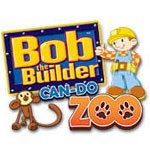 Bob the Builder - Can Do Zoo

Build Bobland Bay Zoo From the Ground Up in This Awesome Adventure Based on the Hit Television Series! 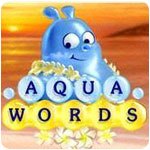 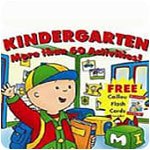 What are Educational Games?

Computer games have been extremely popular over the last several decades. People of all ages enjoy playing games on the computer as a form of entertainment. Unsurprisingly, computer games are especially popular among children. Educators have taken advantage of this fact to create computer games specifically designed for children. These video games are often referred to as “educational games” or “edutainment”. They are designed to teach or reinforce concepts and ideas in the context of a computer game. This means that kids can learn while they are having fun.

Kids computer games often allow the child to interact with the characters in the game. They can manipulate objects and variables in an effort to solve a goal. Often, they must learn how to solve puzzles, learn facts, or learn new skills before they can advance to the next level of the game. Some computer games force children to plan ahead and can be effective at developing their strategic thinking skills. After working on and improving these skills in the context of a computer game, the skills can often be transferred over and used to solve problems in real life.

Computer games used for education are a hot topic among many educators. Computer and video games are often portrayed in the media as mindless entertainment that often does more harm than good. However, there have been emerging studies that actually show the opposite. For this reason, many school systems in the United Stakes and the United Kingdom have begun to include computer games as part of the educational curriculum.

One of the first and most widely known computer game for kids was The Oregon Trail. This game was originally developed in 1971 by three student teachers in Minnesota. One of the teachers had the idea to create a video game based on a history class that he was currently teaching. By 1974, the game was accessible by students across Minnesota. The first Apple version was released in 1978, and proved to be extremely popular. Subsequent editions were released in 1980, 1985, 1992, and 1997. As late as 2009, an updated version was released for the iPhone. Many adults today can remember playing The Oregon Trail on Apple computers when they were in school.

Another classic kids computer game was Math Blaster. Math Blaster was first released in 1987. This game made math fun for kids by forcing them to quickly solve math problems as an integral part of the game’s fast paced shooter gameplay. Based on the popularity of Math Blaster, a sequel was produced in 1989, and soon an entire suite of games we produced under the Blaster Learning System brand. These included Reading Blaster and Science Blaster.

Due to the popularity of these early kids computer games, many other titles were released with the intent to both entertain and educate children. Some of these titles included:

Teachers also are constantly looking for ways to educate their students in a fun way. These games can be a way to accomplish that; engaging the mind, teaching skills, and solidifying the concepts using interaction, audio, video and entertainment all at the same time.