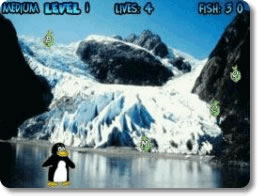 A typing game that only focuses on improving speed and accuracy may actually reinforce existing poor keyboarding skills. Not so with Tux Typing! The interactive lessons in this game will teach you the ins and outs of proper keyboarding from the ground up.

The 43 interactive lessons in Tux Typing give players a firm foundation on which to build greater speed and accuracy. This is important because improper keyboarding habits can lead to fatigue, stress and even injury later in life.

Tux Typing is a fun and effective way to learn proper keyboarding skills that will serve you well for the rest of your life.

In Fish Cascade, juicy fish are falling from the sky. Tux, the Linux penguin mascot, is waiting below the falling food with an empty stomach. However, he can't eat the fish when they are covered with letters. Removing those indigestible letters is up to you. Successfully typing out the entire word spelled out on the fish will make the letters disappear. Fish Cascade has three levels of difficulty, guaranteeing a satisfying typing challenge for even intermediate typists.

The second minigame in Tux Typing is Comet Zap. Choose from Space Cadet, Pilot, Ace and Commander difficulties and let the shooting begin! Flaming letters rain down from space and it's up to you and Tux to destroy them all and save the day.

In addition to a robust selection of built-in word lists, Tux Typing also supports user generated word lists. This opens up a whole new world of potential for users of this game. Spelling words, vocabulary lists and even foreign words can easily be added to Tux Typing for increased exposure and reinforcement, making the game pull double duty as a typing tutor and study aid all in one.

Most of the backgrounds in Tux Typing are bright and beautiful pictures of wide open spaces, and the game automatically changes backgrounds at regular intervals during gameplay. This reduces eyestrain and keeps the game feeling fresh even after extended typing sessions.

The sounds in the game will also help you stay focused, with appropriate discouraging beeps when mistakes are made and the sound of an enthusiastic crowd cheering when goals have been met.

Many Languages to Choose From

Tux Typing supports 33 different languages, making it the typing game of choice for students all over the globe.

Overall, Tux Typing is an excellent choice for anyone looking to improve their typing skills, regardless of age. The winning combination of typing lessons and speed drills guarantee drastic improvement in typing skills with extended use.

Typing practice has never been so fun and engaging!

Making a Game Out of Typing

Tutoring programs for typing are hardly anything new, but leave it to our rebellious coder friends in the Linux community to make a free game out of it. Tux Typing is a little software package that includes a number of games that are designed to exercise your typing skills.

While it has the usual things that we associate with games, like scores and difficulty levels, it's primarily an educational tool. For that purpose, it's actually a pretty effective way for people of all ages to learn how to type properly. As a game, Tux Typing can provide a surprising amount of entertainment as well.

How Does it Work?

As of this time, Tux Typing includes three different games that all involve typing. The first is called Fish Cascade. In this game, you need to spell all the words correctly before they fall to the bottom of the screen. If you miss too many times, then it's game over. Words fall relatively slow at the beginning, but they steadily pick up speed as the game progresses.

The second is Comet Zap. This works similarly to Fish Cascade, except that typing any letter that's on the screen will zap it away. You won't know which letter will disappear if there are duplicates, so you need to be prepared for anything.

The last part is simply called Lessons. This mode plays more like a typical tutor program in that it requires you to type in a set of characters with as much precision as you can muster. For every character you type, the interface will mark the finger that you're supposed to use. For instance, your left pinky will be suggested every time you must type the "A" key, while your right thumb will be needed for the spacebar. Every set will also automatically record a number of set statistics, such as the errors you've made, the time it's taken you to type the whole thing out, and how many words per minute you can apparently put in.

Overall, the two games do a pretty good job of making the simple act of typing seem fun. They are somewhat akin to old arcade shooters like Galaga and Space Invaders, only replacing your gun with a keyboard. Furthermore, while they play similarly to each other at first blush, they do encourage fundamentally different play styles. Comet Zap is about typing all of the onscreen letters as quickly as possible, while Fish Cascade requires you to spell every word correctly and efficiently.

Both feature options that determine what you'll be typing. Some have you spell words based off of different themes, including fruits, colors and animals. Others are all about typing singular or jumbled sets of letters. It all works quite well; both Comet Zap and Fish Cascade are pretty fun to play. If you want to make a game out of typing, they'll both serve to amuse you and will likely do the job at keeping young children glued to the keyboard.

Meanwhile, Lesson mode is less about fun and games. It's about learning how to type properly or improving your words-per-minute score. You can certainly make a game out of it by aiming to improve your statistics for every exercise, but it's really more of a learning tool than anything.

This section is probably the most vital component in not only learning how to type, but in mastering the game portions of Tux Typing. It's also not nearly as exciting as them. Unless a child is absolutely determined to learn proper typing right now, chances are they'll ignore the lessons and instead flock to the other game modes. That's a shame, since it can be effective for educational purposes, though it does feel like it should have more lessons than it currently has.

Looks Better Than You Would Expect

You would think that a freeware typing program would look pretty drab and boring, but you'd be surprised. Tux Typing does in fact boast some pretty decent production values. They're not going to win any awards anytime soon, but they at least prove that some of the guys behind the game were more than happy to implement some artistic creativity, which is always appreciated.

Tux Typing includes a small number of musical tracks that are well-composed and catchy without ever being annoying. Props are especially owed to the menu theme; it is very pleasant to listen to on its own. The Comet Zap music, which is an energetic techno beat, is also pretty good and fits the science fiction setting of the game like a glove.

The visuals aren't quite as impressive as the music, but they still get the job done. Linux's own penguin mascot, Tux, plays a central role in the Comet Zap and Fish Cascade games. Effort was made to ensure he would be a reactive character.

In the former, he'll sit at the controls, idly sip his drink, and shake an angry fist at your failures. The latter is even more impressive, as he'll automatically run to every falling fish to gobble them up. The sprite animations that bring him to life may be simplistic, but they do the job at making Tux feel like a much more fun character than we're used to seeing.

Sadly, this only applies to the games. The Lesson component of the package looks the least thrilling. This was likely intentional; this portion of Tux Typing is more focused on the educational side of things after all. However, it also means that it will be the part that most people will likely ignore. Regardless, if you find the more gamey aspects of Tux Typing too distracting, the more clinical Lessons should suit your fancy for this reason.

Tux Typing more or less accomplishes what it sets out to do, but like all things, it has a few quibbles. The way that you exit different game modes or menus needs some work.

Pressing the Esc key pauses the game, which isn't anything unusual. However, unlike most game, this doesn't bring up a mouse-controlled menu that lets you determine if you want to exit or continue. It instead asks you to press Esc or spacebar to exit or continue respectively. It's a very odd way to go about things. One has to wonder why they didn't just go for something a little more typical.

However, this doesn't exactly apply to Lesson mode for some reason. Pressing Esc does not pause the game. It doesn't even bring you back to the main menu. It just shuts the software down and boots you back to your desktop. This is very annoying and there's simply no excuse for it. One can only hope that someone will fix this issue in the future.

In the end, odd ways of ending a game in progress are about the worst you can say about Tux Typing. Besides that, it's a fairly solid tutoring program that can help both children and adults alike improve their typing abilities. If you want to have a little fun doing that, just play Comet Zap or Fish Cascade. If you want to seriously exercise your skills and see how far you've come, then Lesson mode will help. Either way, you can't argue with the price.

Whether you want to improve your own skills or teach your child how to type, Tux Typing is definitely worth a download. 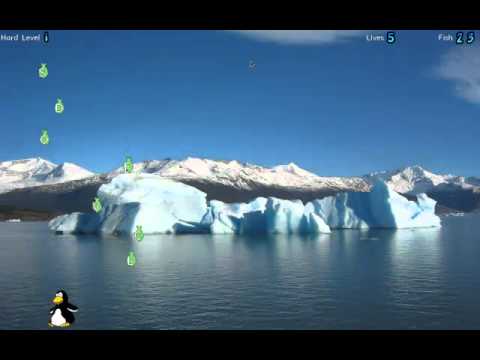 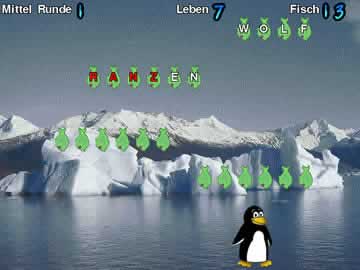 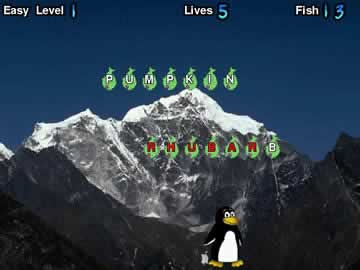