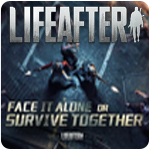 Of all the different kinds of apocalypse on offer, zombie has to be the most appealing. Why? Unlike all the others - such as supervolcano, meteor strike, and nuclear war - it comes with its own never-ending supply of braindead monsters to do target practice on.

That's why there's such a rich tradition of zombie films, books, and games, and LifeAfter, from NetEase, is the latest addition to the canon. It looks great, too.

The story goes that a virus has transformed most of mankind into an army of zombies, laying waste to the institutions that underpin all of human society and culture. As a species, we're back to square one - though fortunately we still have bazookas and miniguns.

The game is sort of, roughly, split into two parts. Firstly, you'll do a lot of exploring, trekking through snowy forests, a ruined city, and an abandoned mine, among other creepy environments.

As you do this you'll experience the full gamut of environmental effects. You know, like in the real world. There's snow, rain, day, night, and dust storms, which you may well not have experienced in real life but are likely to be common after the apocalypse.

The level of detail is pretty impressive - for instance, it gets colder at night. Plus, that's when zombies like to come out and play, so you really have to be aware of what's going on.

The realism doesn't end there. Sure, you need to kill zombies, but you also need to keep warm, strong, and well fed by hunting animals, foraging plants, mining, and cutting down trees. Man cannot live on sweet headshots alone.

The other part of the game involves building up your bases. At the core of LifeAfter is its camp system, which sees you and other players you're happy to cooperate with building a camp and running it. One of you even gets to be the mayor.

Your camp will come under attack from waves of zombies, of course, forcing you to cooperate to keep the brain-chomping viral menace at bay. But you'll also be attacked by other humans, from other camps, and you can attack them too, to steal their loot and show them who's boss.

LifeAfter looks like a rich survival strategy-MMO packed with imagination and detail. You can download it for yourself from now on Google Play and the App Store.

NetEase is taking a break from battle royale games to focus on zombies, which seem to be making a big comeback this year. While it borrows from the likes of Minecraft and PUBG, LifeAfter is very much its own experience. Either alone or with friends, you have to forge a survival in a post apocalyptic world brimming with the undead... and worse.

The tutorial introduces you to this new world, teaching you the basics of combat, gathering resources, crafting essential items, and, perhaps more importantly, how to run away. You learn very early on in LifeAfter that this world doesn't care about you. It wants you dead, and often the only way to survive is to get the heck out of there.

It's also clear at this point that there's an awful lot to do. While much of the experience is absolutely dedicated to shooting undead in the head, you'll spend even more of it trying to avoid them entirely. That's where crafting comes in. Using this robust system you'll make weapons, ammo, bandages, and defences. The latter includes barricades and the like.

While initially you'll focus on merely surviving, the overarching goal is to rebuild humanity. That involves finding shelter, finding fellow survivors, and butchering enough zombies to make the world a safer place.

In terms of gameplay, it plays a lot like Rules of Survival or any other NetEase shooter really. It's very polished visually, the touch controls are kept to a merciful minimum, and navigating the various menus is a breeze.

You'll spend the vast majority of your time exploring a gorgeous open world, seeking resources. You'll sneak into buildings to loot them, chop down trees and hack at stone, and then turning everything you find into handy items.

Then there's combat. You'll use the best weapon at your disposal, from a variety of melee and ranged options, to fend off a wide variety of horrors. There are standard zombies all the way up to gigantic mutated monsters, each of which have a weak spot you can hit to deal a ton of damage.

There are plenty of visual flourishes though. The initial menu screen takes place on a table, with you navigating the various settings by tapping on various items. It sets the scene nicely for the game to come. Heck, even the crafting menu within the game looks like a tablet screen.

If we had any complaints, it would be a general jankiness that pervades the experience. Certain actions are missing animations, which breaks the immersion a bit, and combat feels a bit limp and lifeless. If you shoot a zombie in the face, you want to see some kind of reaction, after all.

Also, the dialogue is largely dreadful, which is clearly down to poor translation work. It's a shame, because a lot of effort has gone into giving you dialogue options, which let you change the course of the story. You'll likely just tap through the painfully wooden dialogue to get through it as quickly as possible though.

Overall, we're having a great time with LifeAfter. There's a surprising lack of true zombie survival experiences on mobile, and this entry shows an awful lot of promise. With an extra layer of polish, it could easily become a mobile must play. 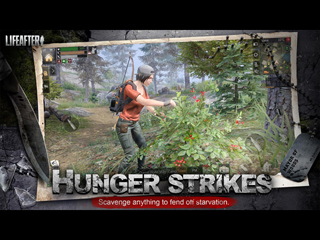 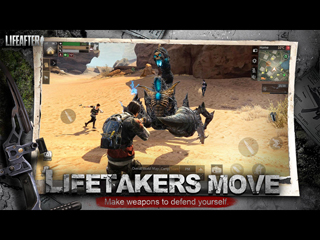