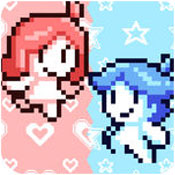 Heart Star is a deceptively cute looking platformer with a twist: you alternate between controlling a red and blue character, getting both to work together in order to reach each level's goal. It's a simple concept and mechanic in practice, but goodness do the level layouts make it tricky.

Sure both characters can only move left and right and jump, but the obstacles you'll have to deal with make things decidedly less simple.

I don't mean to keep harping about Heart Star's simplicity, but I'm well and truly impressed with just how interesting and challenging of a platformer it is considering how all you do is move, jump, and swap between characters. Barring the intrusive ads, there's nothing to really complain about. It's cute, simple, tough, and worth checking out.

So Simple, So Tricky

I wasn't expecting much from Heart Star, honestly. I suppose that, technically, it doesn't provide much, either. However, while it's incredibly simple to control with just left, right, and jump buttons, it's still a surprisingly tricky platformer thanks to its one very slight mechanical addition: the ability to switch between one of two playable characters. You wouldn't think it could be a game changer but yeah, that's where we are.

Don't Let it Fool You

Each level is 'simply' a matter of getting both red and blue characters (I assume Heart and Star, respectively) to the goal. The challenge comes in the form of needing to alternate control between the two of them along the way. Oh but it's not just 'move them, then move them,' oh no, no, no, no. You see, whenever you flip to one color, all of the level elements that share that color become solid while everything else ends up being sort of non-corporeal. Except for purple, which remains solid for both, because purple is red and blue.

Despite the overall simplicity I do like how the switching changes things up (pun not really intended but I'll take credit for it anyway). The way the layout shifts depending on who's active and the way the characters can carry each other or be used as platforms force me to think around the platforming in a different manner. Now instead of just trying to jump over pits and spikes I also have to consider what the other character's path will be like and how I can use my current character to aid them.

Every so often some new wrinkle is introduced to the environments, which makes things even more tricky to navigate. For example, the red character is unaffected by blue spikes, and so can carry the blue character across them in total safety. I mean, with patience and some critical thinking it's not particularly difficult to figure out the various solutions, but it's the need to think critically that I truly appreciate.

The only think about Heart Star that really bothers me is the ad stuff. It is possible to remove ads for $1.99, which is good. However, if you don't remove the ads you end up getting full screen pop-ups after every couple of levels. And they always seem to want to appear just as I'm about to start moving people around, thus constantly resulting in my almost tapping on a full screen ad. I don't mind the inclusion of the ads, but I do wish there was a bit more of a window surrounding the moments when they appear. It's just... there isn't any real hands-off time for the ads to show up - it just goes from level completion celebration to the start of the next level. Maybe having a bit more of a non-interactive gap would make the ads feel a bit less intrusive?

The ad stuff is a bit of a nitpick, sure, but it can be a bit irritating and troublesome - especially when you accidentally tap on the ad in question. Of course that's the only real complaint I have. Other than that Heart Star is quite the enjoyable little platformer with a twist. Once the levels start to introduce trickier elements like spikes and carrying and whatnot they get to be quite satisfying to figure out. If you're looking for a platformer that will make you think a little differently, this is a good place to start. 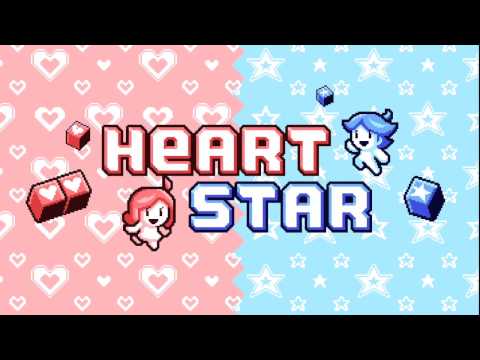 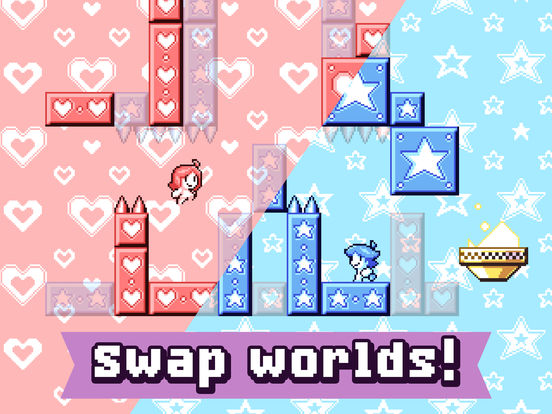 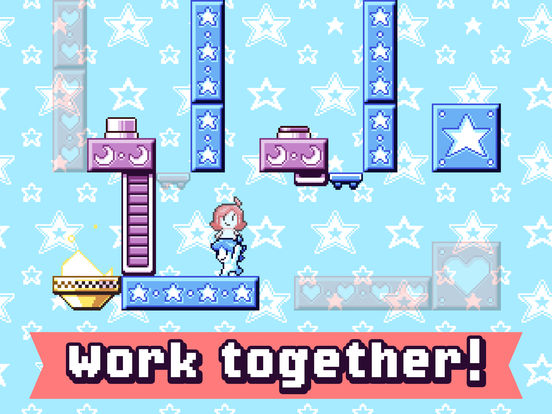