Welcome to the World of Tomorrow!

Futurama: Worlds of Tomorrow is a free-to-play town builder and it's pretty much exactly the game you're probably picturing in your mind right now. That said, if you're into this sort of thing (and patient), there are some things you'll want to keep in mind to make the best use of your crew and personal time.

So you think you've got what it takes to rebuild the city, eh?

Whatever Floats Your Boat

Futurama Worlds of Tomorrow is okay. Just okay. It's not terrible, and thankfully not the most cynical freemium licensed game I've seen, but it's not remarkable in any way, either. As a big fan of the show this does make me a little sad, but it could have been a lot worse.

It's always easy to react with cynicism whenever a new free-to-play game hits the market, isn't it? Especially when said game is tied in with a popular TV show or movie. Especially so when said licensed property was once in the hands of the Fox network. Yes, I am throwing shade at the Family Guy and Simpsons mobile games.

But this is Futurama - the show that managed to one-up both depressingly more popular shows by being interesting, funny, and fun throughout each and every season. No blatantly obvious bouts of the creators praying for metaphorical death here! Surely if any cartoon can manage to pull off a free-to-play game 'right' it's got to be this one. Well...

I'll Be Whatever I Wanna Do

Futurama: Worlds of Tomorrow, thankfully, isn't the stomach-churning mess of a cash-grab that I was honestly afraid it might be. It's by no means a shining example of the genre (or whatever you want to call it), but it's fine for what it is. There are references and nods to the source material all over the place, which is expected but nice. And the fan service is done much better than in that super cynical Family Guy puzzle game that came out last month. I mean it's not great - it's not actual Futurama episode levels of writing - but you can tell that they did try to pay homage to the various characters and whatnot.

The game also does a pretty decent job of capturing the look of the show. The New New York skyline looks suitably Year 3000-ish, though the buildings do repeat a lot, and at least a few of the individual structures you can place are bound to please fans. Heck, they've even got Malfunctioning Eddie's Rocket Car Emporium and Robot 1-X acts as your standard 'build unit.'

That's the main draw of Futurama: Worlds of Tomorrow, really. You get to recreate your own New New York - from the placement of notable buildings to the recruitment of your favorite characters. You can also take the Planet Express Ship out for a shin by completing missions/deliveries on other planets, but while it's cute to be able to visit places like Omicron Persei 8 you don't actually get to do much while there. Really you just move from dot to dot on a set path while occasionally getting into really simple RPG-like battles with whatever passes for that planet's particular type of antagonist. Which brings me to the stuff about Futurama: Worlds of Tomorrow that bothers me.

I was expecting the typical free-to-play game structure of 'task A leads to task B leads to tasks C and D, etc,' but I was somewhat surprised to run into a couple of puzzling roadblocks along the way. Stuff like a very early, near the start of the game type of task requiring the construction of a specific building, but me not being able to buy said building and the game not properly explaining why. This is particularly odd as most other tasks a really simple to figure out since you can just tap on a given goal from the checklist and the game will drop you into whatever menu you might need.

My other issue is the more unfortunate one: this still very much a standard free-to-play game. All the in-jokes and catchphrases in the known universe can't distract from all the wait timers and progress gates. Heck, it only took me about ten minutes or so after starting the game up for the first time to hit a point where I couldn't do anything but wait for the game to finish its tasks. This sort of thing is usually inevitable in these types of games but most at least try to keep players engaged and active for a good while before they start pumping the breaks. But here everything (from building to planet missions to individual character tasks) is attached to some sort of wait timer.

Ah Well, Into the Turlet

Futurama: Worlds of Tomorrow is an okay game from a free-to-play standpoint. The various nods and whatnot to the beloved series and its beloved characters are nice and all, but the game itself doesn't go beyond 'just okay.' It's also sadly bogged down by typical freemium shenanigans that, while not the worst I've seen, aren't great and impede progress (and enjoyment) in a significant way. If you're a fan and you're curious there's no harm in giving it a look, but unlike the show it's nothing special. 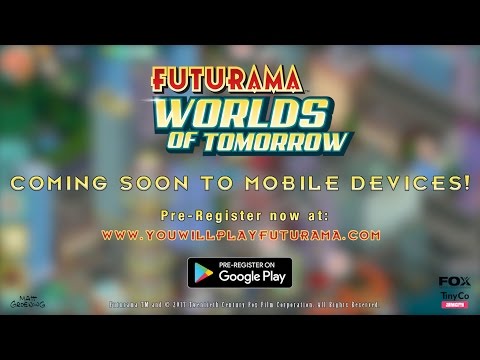 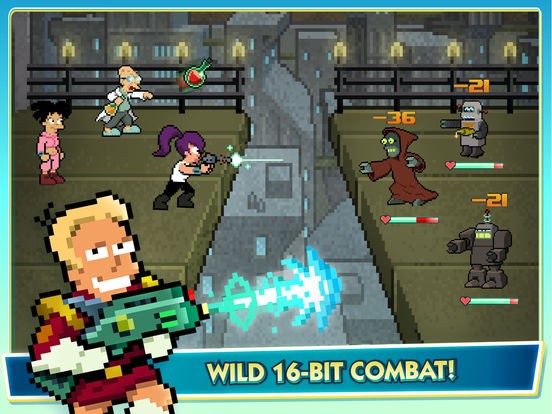