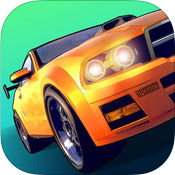 Fastlane: Road to Revenge is an endless top-down shooter/shoot-em-up, so if you know how to not get hit by projectiles while also hitting enemies with your own projectiles you should be in good shape. Still, there are a few details that might be good to know in advance.

The only way to last longer is to get new wheels, then beef them up.

Where Rubber Meets the Road

There are a few things to be aware of while driving, as well.

Gets the Job Done

Ultimately there's nothing Fastlane: Road to Revenge does that other top-down shooters also do, but that's okay. It might not offer anything new, but it still makes for a decent bit of mindless fun.

If you're not familiar with top-down SHMUPS (aka shoot-em-ups), they're basically games that focus on dodging endless barrages of enemy bullets - while producing and endless barrage of your own - as seen from a top-down perspective. Sometimes there are power-ups that help you out or make it easier to destroy your targets. It's arcade action at its most basic, but also at its most pure. Fastlane: Road to Revenge is basically that, only with endless levels.

The sort of underlying goal has something to do with racing your way back to the top of some sort of violent race-happy underworld, I think, but who cares? The real point is to blow up a bunch of cars while collecting cash and trying to survive as long as possible. I don't really need a reason, to be honest.

As you'd likely expect from a game that centers around gunfire and explosions, there's plenty of mindless action to enjoy. It's really easy to hop into a game of Fastlane and see how far you can make it; just tap and hold on the screen to start and drag to move your car. It's as satisfying as any SHMUP, really - lots of things blow up, there are plenty of hazards to dodge around (slow cars, barriers, spike strips, missiles, etc), and so many fat stacks of cash cascading all over the screen.

There's also a fairly robust amount of upgrades for the various cars, which provides a good enough reason to keep pulling you forward. I ended up getting stuck in the loop of 'race for cash, spend cash on stronger guns/better armor, race a bit better for more cash, spend cash again,' quite easily. It's always nice when a game keeps giving me reasons to play it, even if those reasons are just incremental improvements.

Of course the downside to being so much like other SHMUPs is that Fastlane is, ultimately, pretty much just like any other SHMUP. If you've played one of these things before, this isn't going to knock your socks off. Not to say it's bad, of course - it's a perfectly competent game in its own right - but it's also nothing new. Although I have to say I do really appreciate the fact that the gameplay pauses automatically when you let go of the screen, which isn't a new concept in itself but still very intuitive and handy to have.

A more subjective complaint I have is with the flow of the game once you inevitably crash or get blown up: it takes too long to get back on the road. First you have to skip the Continue screen (or spend premium currency to continue. After that you have to sit through the experience meter filling up, which can be skipped somewhat by tapping the screen. Then there's any bonuses you may have grabbed along the way, further adding to the xp meter. THEN there's the loading screen as you get booted back to the main menu, sometimes followed by yet another pop-up screen where you can watch a video for bonus cash. Considering the fast-paced action, I feel like this game really needs an option to just go right back to racing without having to sit through all of that nonsense just to have to start a new game from the title screen.

I honestly don't have much of a problem with Fastlane: Road to Revenge being like other shoot-em-ups. I just really, really wish it didn't boot me back to the title screen after every single race. Other than that it's a perfectly good way to entertain yourself, assuming you're into arcade action games like this, of course. 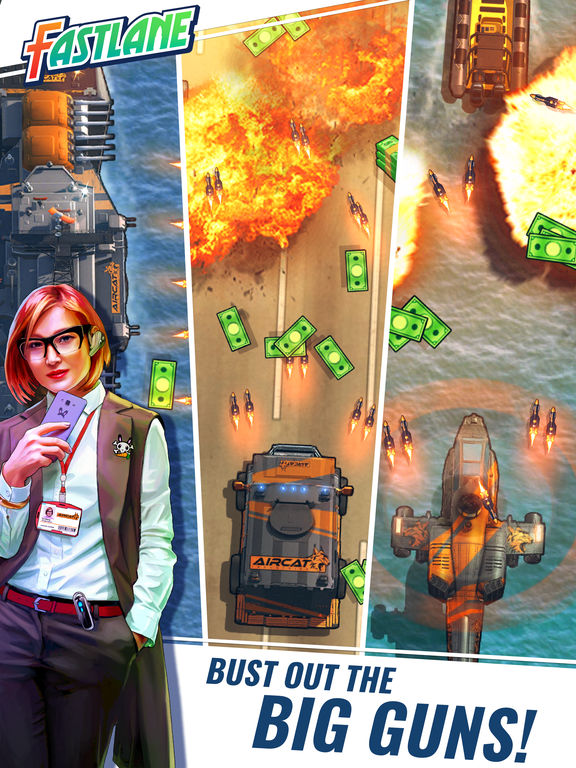 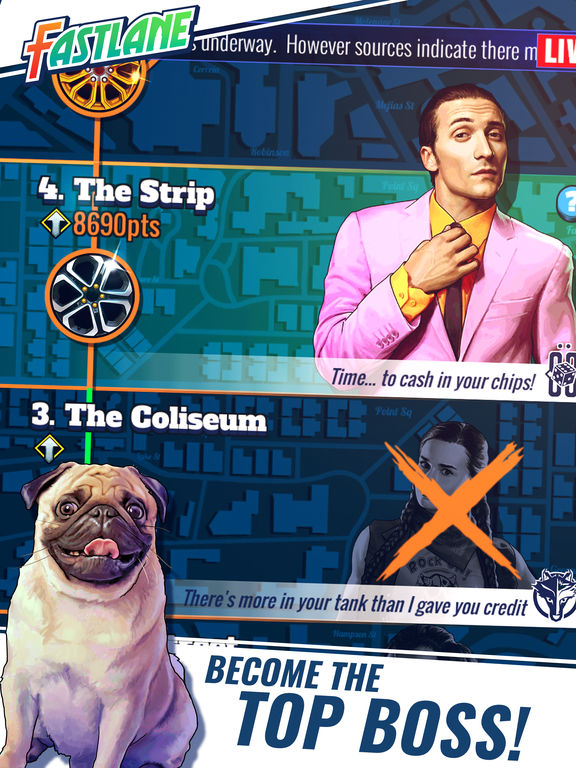