You're the Best of the Best - Protect Peace Around the World! 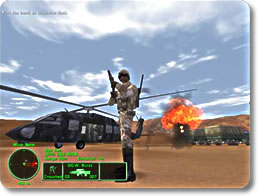 Delta Force: started in 1977, it is the American military's answer to the ever-growing dangers of terrorism and insurgency.

Elite, stealthy, and in peak condition, the men and women of Delta Force are some of the best warriors the world has ever seen, and now, with Delta Force: Land Warrior, you're part of the team!

You'll travel to hot spots around the globe, be covertly inserted, and carry out the mission. Rescue hostages, destroy material, take out top bad guys - anything to protect the world from terrorist plots!

Delta Force: Land Warrior includes a comprehensive training course to teach you the basics of combat. Then, jump right into the action with 10 quick missions or go straight to the main campaign of 19 missions!

There are 5 soldiers to choose from, like Daniel "Longbow" Longtree, and Cole "Gas Can" Harris, and each one has his or her strengths and weaknesses - pick the best fit for the mission at hand!

A game so great, the US Army has used it for officer training at West Point!

There are so many realistic elements in Delta Force: Land Warrior: large, open outdoor spaces, night and day missions, varied weather conditions, over 20 authentic weapons, even a complete mission editor!

Before each mission, choose your gear - primary and secondary weapons, a sidearm, grenades, and explosives. You'll engage the enemy in Africa, Indonesia, South America, even inside the Egyptian Sphinx!

Log onto Nova World servers and get your game on with other players like yourself around the world.  The action is intense and super addicting!  Many buy the game for this feature alone as it is probably better than the single player game.

With Delta Force: Land Warrior, you're the tip of the spear - and the first line of defense against the forces of terrorism. Be all you can be!

What the Pros Are Saying

Check Out Our Other Delta Force Games

One of the key additions to the series with this title is the introduction of a select number of special forces characters to choose from, each with their own specialties. For instance you can control Daniel Lonetree “Longbow” and take advantage of an increased sniping ability or step into the shoes of Cole Herris “Gas Can” with his enhanced grenadier abilities. These choices can make levels a bit easier or just allow you to focus on your favorite play style.

Another key feature to mission planning is deciding your load out to fit the mission criteria and what forces you are likely to face. There are more than 20 different weapons to equip your character's primary and secondary armament, such as the Barrett .50 caliber rife, M249 SAW, Jackhammer automatic shotgun, MM-1 automatic grenade launcher, satchel charges, the AK-47, and many more. These options all add together to add a new depth to your mission planning and a flexibility of play style.

Additionally, the Multiplayer feature also adds a ton of extra gameplay that is both exciting and varied with many game modes and the option to have up to 50 players on one server at once.

There were some slight issues though while playing through the single-player campaigns that tended to draw attention away from the tactical combat. For starters, while the addition of the ability to command your teammates around was a nice touch the interface to actually perform this was a bit awkward to use.

Probably the biggest difference from previous Delta Force titles, in comparison to this game, is that the enemy AI was much weaker this time around. Their accuracy was pretty pathetic and they had even worse reaction times or wouldn't really react at all when one of their comrades fell right next to them. These to features tended to draw away some of the intensity seen in prior titles and slowed down some the action at times.

Also while the graphics held up a bit better when dueling at long-range in the outdoor environments, the characters where a bit blocky and the animations stilted with weapons looking rather blurry while in first-person view. These may be only slight issues but it just made the graphics seem a bit more dated.

Conclusion - A Good Addition to the Delta Force Series

Overall Delta Force Land Warrior is a decent addition to this popular tactical shooting series and adds in some nice new twists to the gameplay. There are some slight graphics issues and problems with enemy AI and interface, but the gameplay is still enjoyable. Also, the multiplayer gameplay is very addictive and more than makes up for any issues experienced in the single-player action.

Delta Force Land Warrior can provide some great shooting action and at the very least you should try out the demo and play through a few levels to find out how it matches up to your standards.

Player created video showing one of the solo missions from the game. 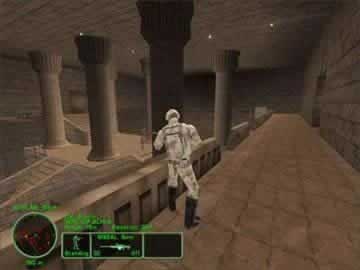 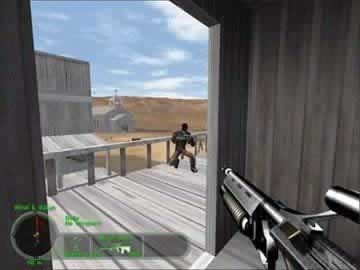