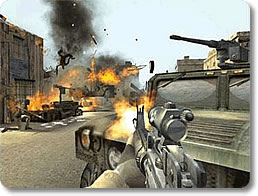 Based on the historical Black Hawk Down event

As a Delta Force operative you will participate in a number of daring and intense raids against the oppressive Somali warlords in and around Mogadishu.  Your missions start out to assist UN peacekeepers in delivering food to starving villagers.  You must fight off waves of raiders who threaten the mission and your life.

From the first seconds of the game the action starts and doesn't let up.  Jump into a humvee and man the .50 cal to protect your convoy and rescue broken down UN relief trucks.  Jump out and take on the waves of enemies on foot and then proceed to and clear the extraction zone where you will be airlifted out.

As the game progresses you will engage in more intense missions.  Raid a village suspected of smuggling a stolen weapons cache, storm a beach leading to a radio post, take out an ex-Soviet military installation, and even escort the survivors of the fated Black Hawk Down mission!

Realistic weapons to choose from

In Delta Force Black Hawk Down, before each mission and in multiplayer, you will get to choose a range of weapons to equip yourself including:

Delta Force Black Hawk Down is known for its strong multiplayer.  Jump on a LAN or online via the NovaWorld service and fight against other human players from around the world.  The action is intense and even more addicting than the single player game!

Go ahead and try the 1 hour free Delta Force Blawk Hawk Down demo and see for yourself if it is the kind of first person shooter you are looking for!

Delta Force Black Hawk Down is an intense first-person shooter loosely based around the events surrounding the UN intervention in Somalia in the 1990s, as portrayed in the popular novel and motion picture Black Hawk Down.

The gameplay is just like any other Delta Force game or first-person shooter with plenty of explosions, bullets, and loads of enemies to take on. The unique setting surrounding historical events lends to some rather unique missions and environments, such as within Mogadishan sprawls, Mogadishu itself, outdoor areas with tall grass and rolling hills, or within shanty towns and small villages.

The use of real-world weapons and equipment to outfit yourself for each mission also helps to draw you into the time period and the frantic pace of some of the combat makes things seem a bit more real. There aren't many things comparable to assaulting a heavily defended enemy base within a small village and trying to keep from hitting frantic civilians while enemy soldiers pop up all around you.

The level difficulty is perfectly balanced providing a sense of accomplishment with missions that are approachable while testing your reflexes and coordination. Also, the fact that you can only save a limited number of times per level makes for some rather intense moments.

The multiplayer is also a great experience and adds hours of gameplay to the title as you face off against friends and others in a variety of game settings, such as King of the Hill, Capture the Flag, Multiple Flag CTF, Search and Destroy, and Attack and Defend.

The only issue with this title is that the AI is a bit lacking with both your allies and enemies having quite a few problems when it comes to accuracy. There was one moment where two enemies flanked my position yet I still had time to finish off the squad I was first firing at and turn to face them without taking any damage. This isn't always the case and the game makes up for this deficiency by sending hoards of enemies at you at one time and invariably at least one of them will hit you.

Another small issue is that the missions tend to be standalone with no real cohesion between them, which kind of detracts from any attachment to the characters or story.

Conclusion - If You Want Arcade Style Combat, You Got It

Even with these issues, Delta Force Black Hawk Down does provide some interesting action and a pretty solid first person shooter that can provide hours of enjoyable gameplay. It definitely lacks a bit on any strategy and is mostly focused on putting you into fast, frantic combat where you are the only one really doing any damage to the enemy, but sometimes playing the part of Rambo can be pretty fun.

If you are looking for some arcade style action or are any kind of fan of the Delta Force series, you should definitely try out the demo and at least get a taste of the fun and addicting gameplay found in Delta Force Black Hawk Down. 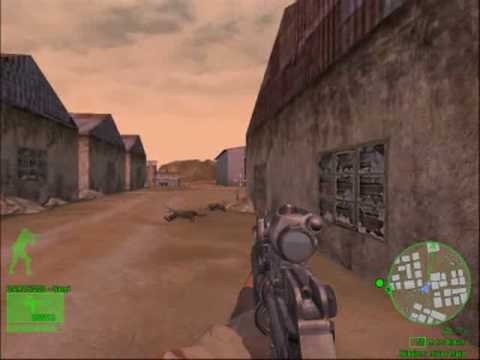 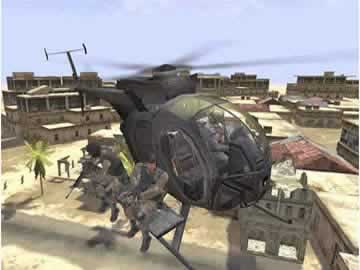 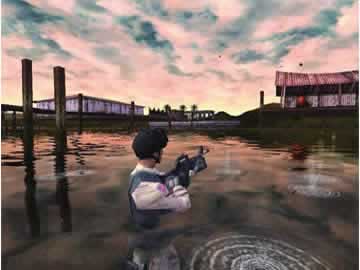