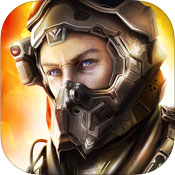 Use Your Super-Soldier Abilities to Fight Your Way Out of the Meridian!

Death is a Long-Lasting Effect

You thought everything was okay aboard the ESS Meridian. You thought that the undead and horrible cybernetic monstrosities that her scientists created were fully stopped by the heroic sacrifice of one brave soldier. You couldn't be even more wrong; the terror has only begun.

Get ready for another round of Dead Effect. This sequel to the sci-fi space zombie shooter has it all and a whole lot more. There are more weapons to fire, more skills to learn, more zombies to kill, more monsters to face, more ship to explore, and more mysteries to uncover. The danger is great and the risks are astronomical, but what else can a futuristic super-soldier like yourself do? Don't think; just start shooting.

Nobody ever thought that you could make a convincing first-person shooter for a mobile platform. Dead Effect proved them all wrong. Boasting polished visuals and a revolutionary touchscreen control system, it proved the shooter had a place with the force of a shotgun blast. Now its sequel aims to raise the bar even further.

The Meridian is infested with all manner of gruesome undead, rogue security drones, and other unholy abominations created with unethical science. It's going to take a lot of guns, guts and glory to see this mission to its end. Better grit your teeth and crack the knuckle on your trigger finger; this is going to be a long ride.

If you're an avid first-person shooter gamer who has long been disheartened by the poor showing the genre has had on the mobile market, then you absolutely need to check out Dead Effect 2. It combines the look, challenge and adrenaline-inducing frenzy that the PC and console classics are known for with the portability of your favorite phone or tablet. Pick up a gun and go on an interstellar zombie hunt with Jane and Gunnar today!

You have to give BadFly Interactive some credit; they're among some of the more innovative developers out there. While nearly everyone else has beaten the zombie genre to death, they've done something that few others have even considered: put them into outer space! What will think of next?

Sarcasm aside, while Dead Effect's premise was not original at all, it was actually a really cool game all things considered. It looked like a first-person shooter, it played like one, and it miraculously fit neatly onto an iOS or Android-enabled mobile device. Dead Effect 2 continues where it left off and carries all of its qualities for good or ill. Fortunately, it's mostly good.

So Bad it's Good

The game picks up shortly after the previous one ended. Upon killing Dr. Wagner and putting an end to his insidious experiments onboard the ESS Meridian, the hero is immediately subjected to more experimentation by another shadowy group of ethically-flexible scientists on the colony ship. Weakened, stripped of all weapons, and once again surrounded by zombies, security drones and monstrous cyborgs, the soldier has no choice but to fight a way through and figure out what's been done to him or her.

Like the previous game, the story is nothing to write home about, though it's certainly leagues better than what you'll find on just about every other mobile game. It throws you into the world without giving you a chance to breathe, requires you to pay attention to what the unmemorable characters have to say, and expects you to take it seriously. That last point doesn't work in its favor because the script is silly and the voice acting is atrocious. The plot opens up with a scientist speaking in a voice that sounds suspiciously like Gru from Despicable Me and goes downhill from there. The vocals of the three player characters aren't much better, with Kay's positively whiny tone being the absolute worst.

However, in a twisted way, the B-movie acting works to Dead Effect 2's advantage. The cheesiness makes what would have been an otherwise forgettable yarn into an absolutely hilarious one. Play it against the often brooding atmosphere and eerie music, and you have prime material for Mystery Science Theater 3000 to rip up. In that regard, we could give the story to Dead Effect 2 some slack; it manages to be entertaining, though probably not in the way BadFly intended.

Fortunately, the gameplay is entertaining just the way its developer wanted. Like its predecessor, Dead Effect 2 is a real and bonafide first-person shooter in the same spirit as what you'll typically find on PC and console. You can do most everything you can in those games: run, strafe, walk backwards, shoot from the hip, aim down the iron sights, reload and switch weapons. It doesn't quite hold up to the classics; you can't duck, lean or jump, levels are pretty small, and the enemy AI is really dumb. However, the fact that BadFly was able to make this kind of game for a touchscreen system at all is amazing in and of itself.

Concerning the levels, while they are admittedly small to better serve a shorter play session, their sizes are still pretty respectable all things considered. More than that, they're not completely linear. While Dead Effect 2 will never boast the expansive scope of some of the old-school shooters of yore, there are still plenty of side areas to explore where you can find extra caches of money and ammo, as well as tougher enemies who have a chance of dropping the really good stuff. Hats off to BadFly for being one of the few mobile developers that's willing to give level design some serious consideration.

In fact, BadFly didn't just aim to make the levels fun to explore, but also good to look at too. The graphical fidelity of Dead Effect 2 is very impressive. The spaceship you're stuck in is incredibly detailed. Lines of light illuminate the hallways, holographic terminals glow in the darkness, exposed wires emit sparks, and bloody corpses litter the halls. The Meridian feels like a real place. Enemies are creatively designed as well, with one early beast called a Cyber-Dog looking like a real nightmare. The humans aren't quite as good, but they're visually on par with PlayStation 2 characters and don't look out of place in the slightest.

Even though the voice acting is hilariously bad, the rest of the sound design is surprisingly high quality. There are all sorts of ambient sounds to go with the exploration, from the terrified screams of civilians being attacked off-screen to the metallic roaring of machinery coming to life. The soundtrack is similarly composed with talent to make the whole setting all the more atmospheric. Dead Effect 2 may not keep you up at night, but it will put you into the scene.

However, as much of an accomplishment as the game is, the subject of its controls cannot be avoided. Dead Effect 2 is designed to be played with both your thumbs. A sizeable section of the left side of the screen is devoted to moving around, while the rest rotates your field of view and allows you to aim. There are also buttons devoted to specific actions like precise aiming, reloading and shooting. It works adequately enough, but a good shooter lets your thumbs stay focused on the movement and lets your other fingers pick up the slack for those other actions. You can ease things up somewhat by remapping the controls; Dead Effect 2 allows you to position all the button prompts to wherever you want on the screen. It's a welcome and very useful feature, but it's not always enough.

Worse than that is how unresponsive the controls can be at times. Walking and aiming feel very floaty, and sometimes a button just won't register when you tap it. The shooting prompt can be especially prone to this. Feel free to activate the auto-firing option if it's getting really bad. It may waste your ammo and rob you of control, but it will put a lot less strain on your thumbs.

The controls for Dead Effect 2 need some fine-tuning, but if you can get past that issue, you'll find a very rewarding experience underneath it all. This game is fun despite its issues, and it's an absolute marvel to behold. It's not the best FPS the industry has ever seen, but it is the best you're likely to see on your tablet or mobile phone. Hopefully, it will serve as a prelude for things to come. If you're in the mood to gun down zombies and other sci-fi horrors, definitely give Dead Effect 2 and its prequel a go. 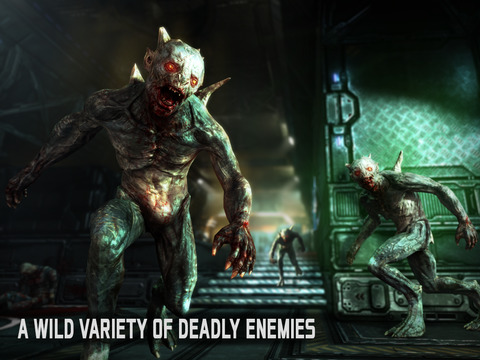 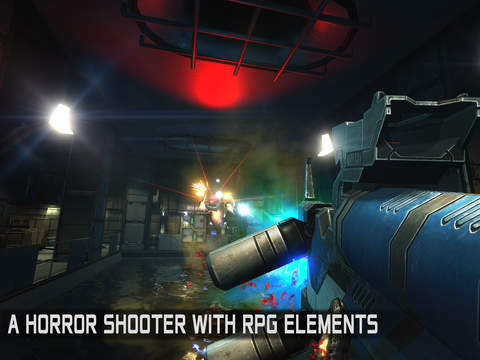