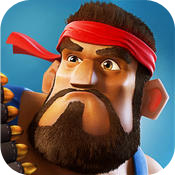 Command Your Army, Storm the Beaches, and Free the Isles!

War in the Tropics

Paradise is real and it exists on an expansive archipelago deep in the tropics. The skies are always blue, the sun is always golden, the fruit is always ripe, and the seas are always beckoning. Unfortunately, not all is well. The evil forces of Blackguard have conquered the islands and subjugated their good people under an ironfisted rule. Is there anything that can be done to save them?

That is a question that only you can answer. When you play Boom Beach, you will make it your job to fight the Blackguard and liberate the island paradise once and for all. Build a base to draw plans for your operations, gather resources to fund and supply your war effort, and assemble an army of courageous soldiers to storm the beaches and seize them from your enemy's greedy claws. Just beware: Blackguard is more powerful than you think! They have many mercenary forces under their command that are ruled by a human mind that's every bit as cunning as yours. Fight hard and fight smart, for this will not be a war easily won.

If home is where the heart is, then the base is where your army's strength lies. Over the course of the campaign, you will build and expand your Boom Beach headquarters to serve as the center of your war effort. Set up factories, train soldiers, and produce weapons to hit the Blackguard so hard, they won't know what hit them.

You didn't really think you would play a game called Boom Beach without making things go "boom" on the beach now, did you? Blackguard will only respond to force, so dust off your medals and show them how much force you're capable of dishing out as you oversee the battlefield personally.

With the Boom Beach app, you can experience an unprecedented level of strategy never seen before on your mobile platform of choice. With an expansive base to build, epic battles to fight, a unique setting, and colorful visuals, there's no reason to wait. The islanders need a hero, so build up your army and take the fight to Blackguard today!

Looking for Boom Beach Cheats? Watch these videos for tips and tricks: 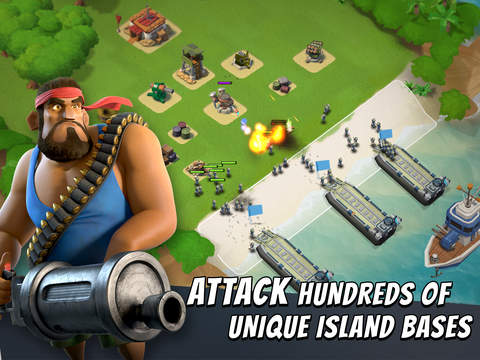 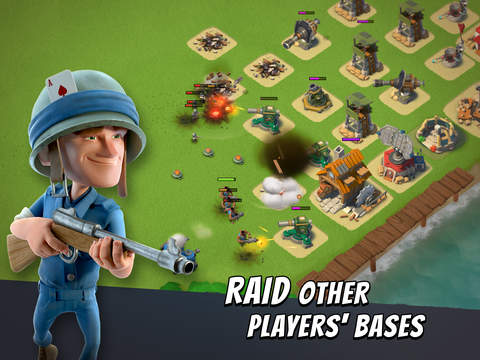