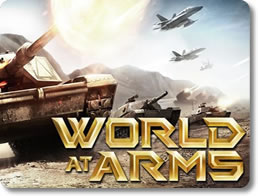 Defend the United States with Your Personal Army of Soldiers and Tanks!

War Has Been Declared

A band of rogue terrorists have begun to rise up in the world. Known only as the KRA, they’ve been rapidly gaining power and have already taken control over several nations. Now they have their sights trained on the United States, opening up their attack with a nuclear assault! Are you going to sit back and let them have at it? Heck no! You’re going to build the biggest, meanest and most disciplined army the nation has ever seen and arm it with the most advanced weaponry money can buy.

That’s assuming you can get the money in the first place. You’ll need to fund your operation, train bands of soldiers, set up the necessary facilities to manufacture your weapons of war, and gather all sorts of other resources. Don’t think for a moment that the KRA will make it easy for you either; they’ll attack you every step of the way. If you want to protect liberty, you’ll need to think like a businessman and a general at the same time.

Like any good strategy game, you’ll spend a good amount of time at the site of your base in World at Arms. You’re free to have it look however you like, but you’ll want to be strategic in what you build. Every building has an express purpose for your war effort.

The game isn’t called World at Arms for nothing. Sooner or later, the forces of KRA will come knocking on your door and you’ll have to answer with the only thing they will ever understand: fire. Despite the game’s strategic leanings, battles unfold in a most unusual way.

Nothing unites splintered forces together better than a common enemy. KRA is a powerful force that may just be too much for a single army to stand against. By going online and currying favor with other players fighting the good fight, you just might be able to stand a better chance in the war.

Unfortunately, not every enemy of your enemy is your friend. Some players could be just as much of a threat to you as the KRA is. In World at Arms, it is possible for players to launch attacks against other players, so always be on your guard!

World at Arms manages to stand head and shoulders over the other city-builder games through its combination of base-building mechanics and deep strategic gameplay. You have to constantly juggle your priorities, decide what type of units your army should contain, and figure out where your precious few resources can go. Then you get into the nitty-gritty side of combat, which adds an extra layer of strategy to the mix and even requires you to use your reflexes to win.

It all adds up to one of the deepest games you can find for a mobile system. Combine this with the strong social aspect where you can make allies and enemies out of your fellow players and you have an even more unique twist to the formula. Enlist in the corps and play World at Arms now! Your country and enjoyment levels demand it! 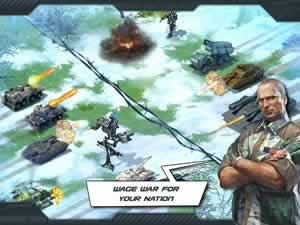 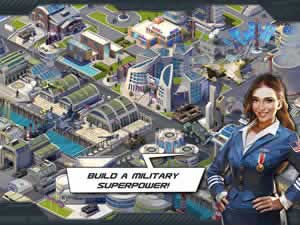