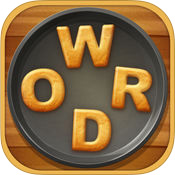 Word Cookies is an extremely easy word game to jump into. You just swipe between letters to create words, then let go of the screen to submit your creation. If it's correct, you're one step closer to finishing the level; if it's wrong, no biggie.

It's mostly just tracing out words, but there are a few things to look out for.

Word Cookies is functionally just fine. It's a word game, and word games are generally quite enjoyable. The problem is it takes far too long to present any sort of real challenge - time that could be better spent playing other more satisfying word games.

There's no shortage of word games on just about any gaming platform in existence, but that's okay. I mean, crossword puzzles are still popular, so it stands to reason that word games of all kinds will never truly go out of style. That said, Word Cookies treats you with kid gloves for so long it actually gets quite irritating.

Each level in Word Cookies presents you with a tray of letters and a few blank spaces that need to be filled with words. All you have to do is trace a line from the different letters in the tray to spell out words, and get rid of all those blank spaces. It's super easy to jump into and plays so smoothly I've often gotten ahead of the 'you spelled a word!' accolades and had to wait for the game to catch up. There's an unexpected level of satisfaction to be had from tracing all those letters together in rapid succession.

Spelling words to get points or complete levels or whatever has always been something I've enjoyed, and here it's no different. Word games are still popular for a reason. That said, it takes WAY too long for Word Cookies to ramp things up. I'm used to games that have a few super simple introductory levels, to give players a chance to get used to everything, but what we're given here is overkill.

Things start off with the Home Baker difficulty and it's, well, not difficult at all. It's brainless and boring. I expected things to pick up once I reached Novice Chef, but nope. It took until almost half way through Novice Chef (that's over 25 levels in the one difficulty alone) before I felt any sort of pushback from the game. I mean I know I complain about abrupt difficulty spikes all the time, but having things take so long to stop being grade school easy is just as bad.

You'd think the word inconsistencies might artificially increase the challenge but no, they're just annoying. You see, each level has a set number of words (of varying lengths) you need to spell out, but you'll often spell words that aren't actually solutions to the puzzle. Ignoring the fact that this seems counter-intuitive in the first place (at least 'extra' words are added to a pool that will grant you a bonus after certain milestones), it's also obnoxious because you can only see the 'correct' words you've already made, which leads to lots of accidentally spelling out the same words over and over again until you guess what the game wants. Then there are the words that make no sense, or the words that do make sense but aren't recognized (like 'oh,' for example - and yes, this was in a level that allowed for two letter words). There are a whole lot of weird gaps here.

Word Cookies is passable in the sense that it's a word game, and word games tend to have a consistently satisfying feel to completing their puzzles. However, in this case the excruciatingly glacial challenge progression and the spelling oddities get in the way of most of the fun. It's not awful, but there are much better offerings out there. 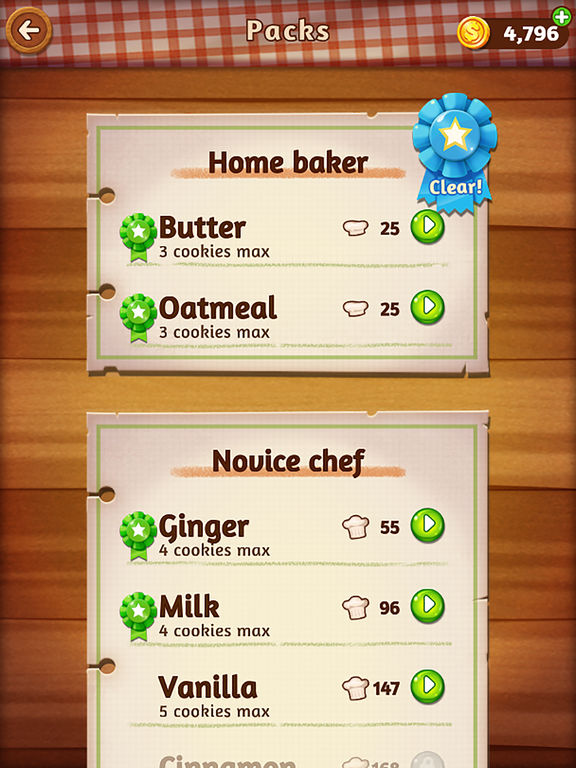