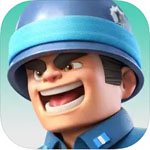 We need your help Commander, the Dark Legion is coming!

The Dark Legion is approaching, commander!

The world is ruled by these Tyrants! perpetual war, dispersed refugees, and a world devoid of hope. Who will set us free? Become the most powerful Commander and a daring leader in the freedom league's battle against the legion! If you can merge it, you may enhance it, whether it be with buildings, skills, or units.

Top War is a cutting-edge strategy game with upgrade gameplay. Simply merge armies and the upgrade will be completed immediately! To lead the deployed Land, Navy, and Airforce forces to victory, recruit legendary heroes! Enhance heroes and warriors with special abilities and gear to command all three armies to immortality!

Build a dreamy base on a desolate, barren island to train your forces, increase your power, and free the land. It's nice that power doesn't solely come from armies of soldiers! With a range of structures and embellishments at your disposal, construct a fashionable yet powerful island. Come and display your distinctive style!

Battle online with other players from across the globe in a number of game modes, including Server v Server wars, Dark Forces, War Robots, and weekly Capital Throne Showdowns, all while engaging in the actual conflicts with your alliance. Fight for honor, free the oppressed, and crush your foes! 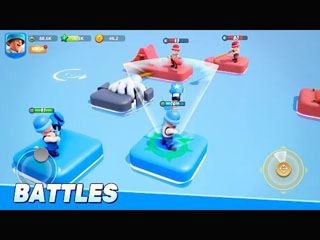