Galaxy of Heroes isn't new, but it's not bad either 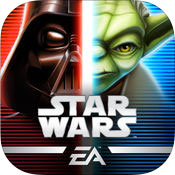 Not Such a Long Time Ago

There have been a few different freemium games based off of the Star Wars license, all of which are pretty much what you'd expect - although probably a little less cynical. And while Galaxy of Heroes may not take the concept of a free mobile game set in a galaxy far, far away to new heights, it can be quite entertaining if you go in with an open mind.

Planning and strategic use of skills is important in battle, but it won't amount to much if your characters aren't up to snuff.

Sooner or later, you're going to have to take up arms.

Galaxy of Heroes will likely feel familiar to anyone who's dabbled with enough free-to-play mobile games. But while it may not be blazing any new trails, it does present an enjoyable and polished effort.

Not So Far Away

Being cynical is totally understandable at this point, but truth be told Star Wars: Galaxy of Heroes is actually quite enjoyable for what it is. Which is to say it's an entertaining squad based semi-tactical game that's fairly simple, and will probably seem familiar to some, but you can have fun with it if you aren't already burned out on similar titles. Plus it makes great use of Star Wars stuff like music and sound effects.

All About the Cameos

The basic framework for Galaxy of Heroes is nothing new. You have a small team of characters who fight other small teams of enemies; those characters can be upgraded and leveled-up; new characters can be unlocked; energy is used to go on missions, and is in limited (but rechargeable over time) quantities. It's a familiar cycle and a familiar structure. It's also one that works so I'm not really complaining - just saying that you've probably seen something like it before.

A key difference is Star Wars (obviously). They've wrung out an awful lot from the license for this game - from sounds to music to tons of characters spanning the entire film franchise and parts beyond. Gimmicky as it may be, I can't deny the appeal of hopping between prequel and original trilogy settings with enemies and backdrops to match, John Williams' still excellent score playing in the background as classic blaster and lightsaber sounds mingle together.

Aside from the obvious nitpick of the Galaxy of Heroes using a familiar setup, one thing that bugs me (other than the repeated question of whether or not I want to turn on push notifications - I don't) is the randomness when it comes to accuracy. I don't know what it is, if I'm just using clumsy characters or what, but I find myself missing enemies much more often than they miss me - if they ever actually have missed me, but I'm not even sure of that. It's not that I can't ever hit enemies or anything like that, but I've been noticing that my own characters never really seem to avoid damage. They certainly don't avoid it at the rate of their targets, anyway. I'm not sure if it's a programming thing or an 'I need to upgrade everyone more' thing, but it's a little irksome.

Yeah Galaxy of Heroes itself is kinda simple, and it's not really anything new, but it's basically an excuse to play with the equivalent of Star Wars action figures again. It looks good, sounds great, and is one of the few places where you'll be able to pit characters from the Bioware RPGs against those from the original trilogy or the prequels - from either side of their respective conflicts. That's got to at least be worth a look for most Star Wars fans, right? 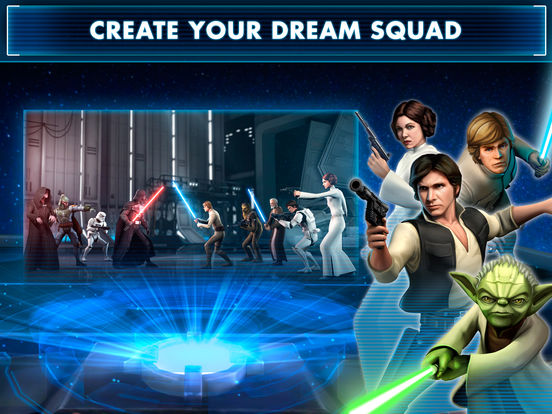 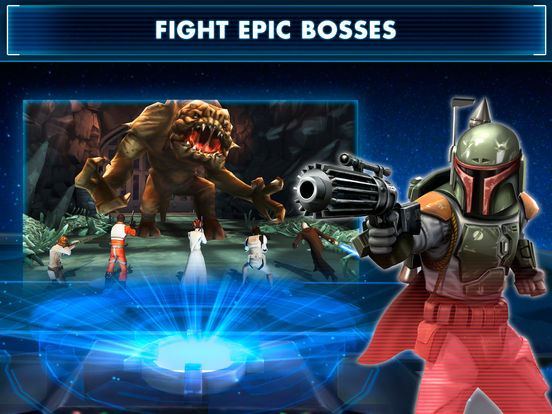