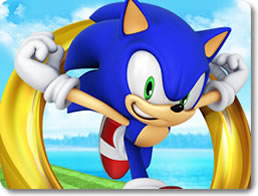 Be the Fastest Thing Alive!

There’s only one thing that Sonic the Hedgehog loves more than smashing robots: breaking the sound barrier. Both he and you are going to indulge in that particular activity with Sonic Dash.

Blaze a trail at maximum velocity and see just how long you can keep going before you inevitably crash into one of the many hazards littering Sonic’s world. If running on your own two feet just isn’t enough for you, then unleash a variety of awesome power-ups that are guaranteed to move you up another couple miles.

More than anything else, take in the nostalgic feel of the classic Sonic games while you control the hedgehog in a brand new adventure available for modern-day mobile devices.

It just wouldn’t be a Sonic game if you weren’t running at ludicrous speeds. You’ll run, run and run some more all across the planet, dodging all sorts of hazards by the seat of your pants. Your reflexes need to be well honed for this challenge, for there is no braking or slowing down in Sonic Dash. If your sprint ever comes to an end, it’s over!

Sonic Dash is not a linear adventure. You will be given ample opportunity to change the level up through a few quick decisions. By choosing to go left instead of right, you could end up running through a whole new world. Every level has a distinct feel and its own set of unique challenges to face, so be on your toes.

The Hedgehog’s Got Power

Sonic’s speed and agility is sufficient for seeing him through most situations. For the others, he’s got access to all sorts of cool power-ups. Activating these bad boys will affect your game in all kinds of unexpectedly cool ways.

Dashing Ahead of the Competition

Sonic Dash is the game Sonic and friends were born to star in! It boils the Sonic formula down to its beautiful necessities by letting you experience its trademark speed from the comfort of your tablet computer or smartphone. Longtime fans of the franchise will also find much to love with its nods to the series in general and its large cast of playable characters.

Put on your red shoes, grab some rings, and enjoy some airtime with everyone’s favorite blue hedgehog all over again. 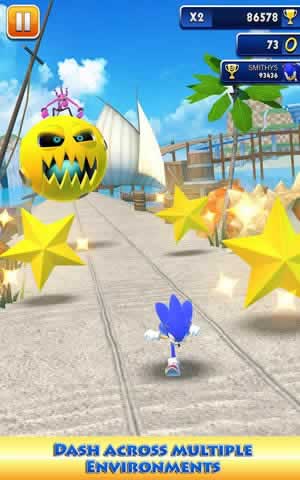 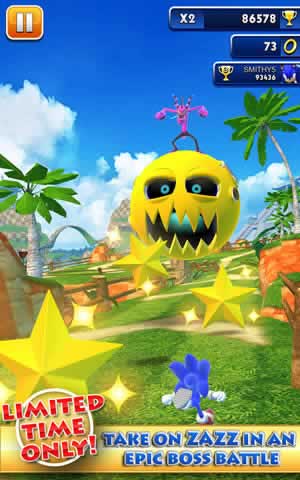