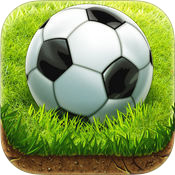 Soccer Stars is a somewhat strange abstraction of the beloved sport. Teams and fields and goals and balls are all present, but instead of players you have a handful of little disks/pucks that you have to fling at the ball in order to hopefully score. It's also turn-based and you have to compete against other players, so there's that.

Lining up your shots is only half the battle.

The Spirit of Competition

Indifference is overall response I've had to Soccer Stars. It's not bad in a technical or even an objective sense, but it's not particularly interesting either. I suppose anyone who enjoys playing competitively and earning in-game money by betting in-game money against others in tournament play might have a bit of fun with it, but otherwise it's all pretty flat.

Where Are the Stars?

I'll admit it, I jumped into Soccer Stars without actually looking at any screen shots or reading descriptions or anything like that. I went in totally blind. I don't think that would have made much of a difference to my overall opinion of the game, but it was something of a surprise to find a distinct lack of actual soccer.

Matches in Soccer Stars pit you against other players in what can best be described as turn-based air hockey or shuffle puck. In leu of players everyone uses a handful of pucks or disks or whatever, and in leu of actual soccer style plays (or action of any sort) everyone takes turns adjusting the angle and strength of a shot from one puck-thing in order to try and knock the ball into the opposing goal. I guess it's also sort of like pool in that regard.

There's nothing bad about the gameplay itself, really. Soccer Stars sports well-constructed and easy to navigate menus, you're given quite a bit of control over your shots (even when the puck is right up on the edge of the screen), and there really aren't any technical issues to speak of. So yeah, objectively it's a well made game.

I'm admittedly not a fan of the required player-versus-player, though. I'm just not into competitive play, especially online and with strangers, so this sort of thing always ends up bugging me. Online play is implemented well enough, just like everything else, but I wish there were a way to play solo. I don't really count the offline training mode because you still have to play against someone else - it's just pass-and-play - and it forces you to pay Coins (in-game currency) as an entry fee even though you can't win them back, which feels more like a punishment than a viable option for players looking to hone their skills offline.

Soccer Stars mixes things up a bit by offering 1-on-1, Tournament, and Championship modes, although ultimately it's all still PvP stuff. Of course there are people who don't mind that, or even prefer it, so they're bound to have a better time with it than I have. Though I do like that there are a handful of simple mini-games that have been thrown in for good measure, which can be a good way to earn extra stuff like in-game currency or unlock new 'teams.' It's all basic stuff like a slot machine and digital scratch-off tickets and whatnot, but it's something different. Truth be told I wouldn't mind futzing around with these side distractions a bit more, but they're all either limited by timers, have to be earned via other mini-games, or can only be accessed with real money. Kind of a bummer.

While there's nothing inherently bad or broken about Soccer Stars (as I've said, it's quite well put together), there's nothing noteworthy about it either. Taking turns launching pucks at a soccer ball is kind of dull, and there's not much else on offer that makes up for that blandness. I suppose players who are more into skill competitions (sort of) where money (sort of) is on the line might get a kick out of it, but I'm not feeling it at all. 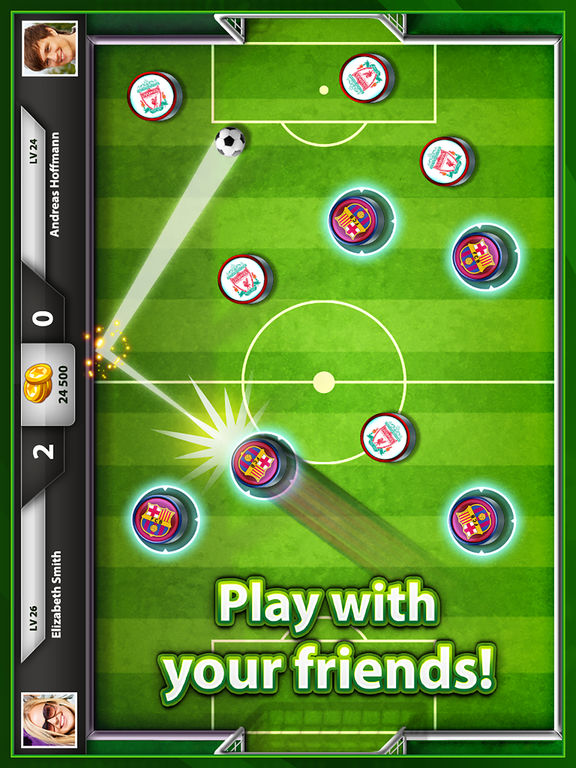 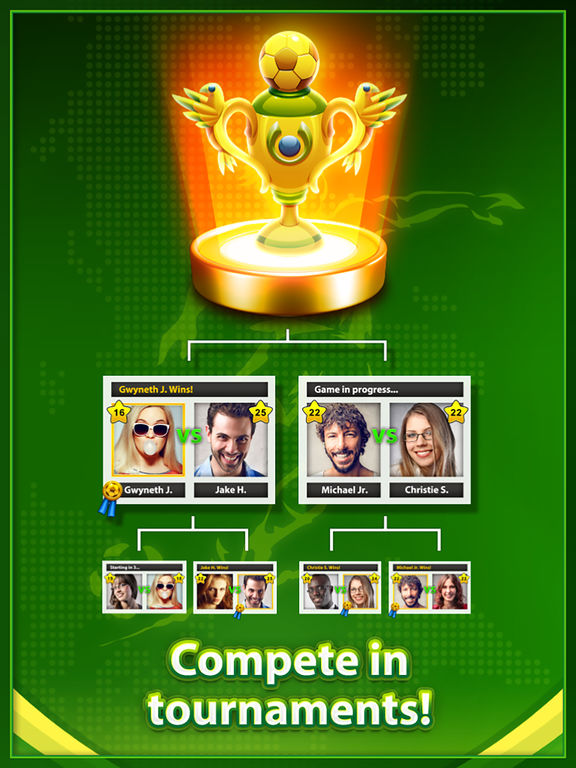