There's a fair bit of entertainment to be found in Roll the Ball, ignoring the ads 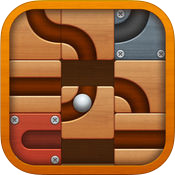 Get the metal ball to the goal; that's the entire point of Roll the Ball. What makes it tricky is the need to complete the track the ball travels along, while also hopefully gathering stars along the way. Or using the least possible number of moves. Or reconstructing the path as the ball is moving. Or spinning blocks to line them up (because that totally needed to be a separate mode, I guess?).

While Roll the Ball does have four different game modes, the underlying point of each is always to get the ball to the red goal.

With the exception of Rotation Mode seeming completely unnecessary (why not just work it into the other three modes as a regular mechanic?), there are a lot of puzzles to keep you busy in Roll the Ball. Tons of ads will get in your way with a surprising amount of frequency, but you might still want to give it a look.

Roll the Ball has one central concept that's used as the foundation for each of its four game modes: drag blocks with tracks in them to complete a path that will allow a ball to reach the level's goal. It's a simple idea that's vaguely reminiscent of sliding block picture puzzles (which I hate with a burning passion), but you're making a path rather than an image. It works pretty well, all things considered, though there are a few places where it stumbles.

The first and arguably primary game mode is Star Mode, which is where you'll want to spend your time as you get used to everything. Here you'll be sliding tiles around in order to get the ball to the goal, but some tiles have stars on them and in order to get a three-star ranking for the level you'll need to make sure the path takes the ball through each of them. Without the move counter that's used in each of the other three modes it's a pretty relaxing time. Still a bit challenging in later levels as the layouts get more and more complicated, but not having to worry about speed or move counts keeps things enjoyable low-key.

The other three modes present a bigger challenge, if you start to get bored of Star Mode. Classic is basically Star but with a move counter, Rotation is the same but some tiles can be spun 90 degrees by tapping on them, and Moving puts you on the clock as the ball will (slowly) start to roll as soon as the level begins. Rotation seems completely superfluous as the rotation mechanic could've easily just been a part of the other modes, but other than that I appreciate the slight variations the other game types provide. The way you have to change the way you look at puzzles in Moving Mode, because you can now relocate tiles while the ball is on them, is also a nice adjustment.

I'm also really happy to find that I don't hate the puzzles in Roll the Ball. With other sliding tile puzzles you're usually only given a single empty space to work with and I find this to be excruciating. Here, there are usually two or three (sometimes more) empty spaces, so you have a lot more leeway in how you approach each puzzle. Depending on the mode you're still beholden to things like keeping it under a certain amount of moves or not taking too long to shift things around, but I like those types of challenges significantly more than space limitations.

It all probably sounds fun, and it is, but oh wow does this game have problems with ads. I don't mind them being in free games, of course, but the frequency with which the full screen videos pop up is incredible in a bad way. Sometimes I can complete a few puzzles without incident, other times I get a video every time I complete a level. Sometimes a video will appear when I back out to the main menu. Sometimes a video will pop up if I push the Home button to exit and then go back in. It's absurd, really. And of course there are banner ads on the bottom of the screen throughout all this anyway.

Brought to You By -

I'm normally not the type to let ads get in the way of my enjoyment of a game, especially when the game is free and the developers need to make money somehow, but Roll the Ball lacks moderation. Consistent but spaced-out full screen pop ups I can deal with. Sporadic, obnoxiously frequent pop ups that try their best to get in the way of my enjoyment (at really random times, too), not so much. 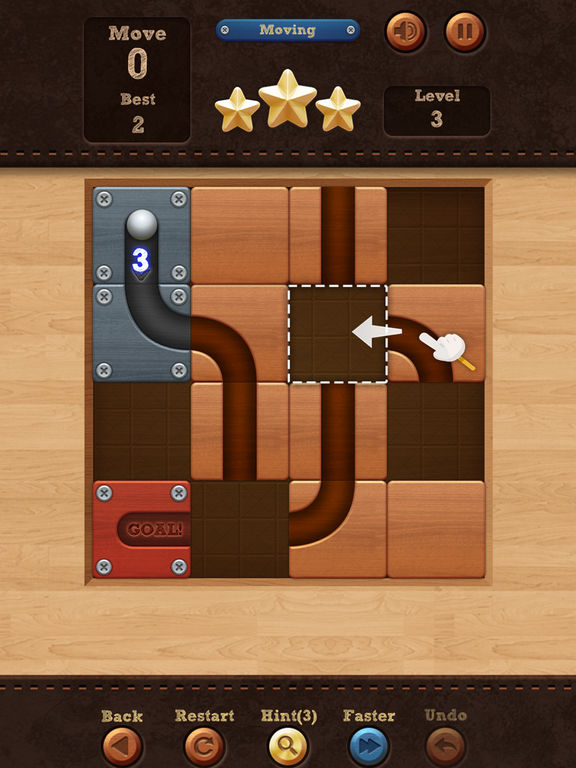 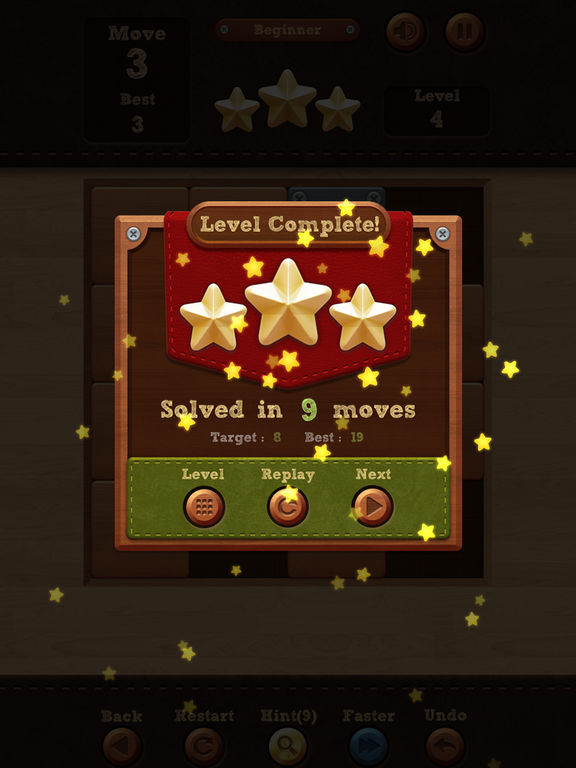