Play Rise Up and see how high you can go in these dangerous and treacherous skies. 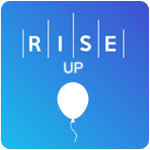 It is Time to Rise

We've all heard of the endless runner, where you run forward on and on without end to see how much distance you can cover before you crash. However, what would we call a game that's all about rising endlessly higher? Is it an endless riser? Would endless floater be more appropriate? How about endless ascender? Perhaps the best thing we can call it is Rise Up, for that just so happens to be the name of what could very well be the first of its kind.

Who doesn't love balloons? Actually, it turns out a great many things. One of these nice, round, rubbery balls of joy and air is under constant threat as it floats higher and higher in the sky, and it falls upon you to protect it.

Rise to the Challenge

Rise Up could not have been given a more appropriate title. With highly challenging gameplay that will potentially last forever, it truly is something that encourages you to rise up and never stop. Download it now, and see for yourself how things look from the top.

Starting from the Bottom

It's not easy to develop a video game. It requires a lot of thought, work and imagination, and to be perfectly honest, hobbyists looking to break into the business will seldom ever make a quality product on their first try. That's okay; we all have to start somewhere, and once you get that first amateur effort out of the way, things will improve drastically.

What isn't okay is when someone decides to take that first amateur effort and sell it in all its junky, ugly and poorly optimized glory. Unfortunately, that appears to very much be the case for Rise Up, a title that screams low effort all around. How bad is it? Read on and you'll find out.

Nothing to Look Up to Around Here

Right from the get-go, you can tell Rise Up won't be rising up to any admirable heights in the near future. You have a helium balloon, and your job is to guide it as high into the sky as you can without getting it popped. If that doesn't exciting to you, then congratulations! You're a perfectly sane individual. Balloons aren't the most fascinating things out there as it is, and the game does nothing to add any personality to the paper-thin premise. Heck, there's barely any animation to speak of, and the developers didn't even bother putting in sound. Seeing this game in action is akin to watching paint dry.

To be fair, the basic idea behind the app's core gameplay isn't half-bad. From the outset, it sounds like a more vertically-inclined endless runner, but it has a few key differences that make it its own beast. For one thing, you don't control the balloons and you don't attempt to dodge the oncoming obstacles. Instead, you control a dot of sorts, and you use that to expressly push the obstacles away from your vulnerable sack of air. Objects can be big, small, slow, fast or fitted together like a glorified jigsaw puzzle, and all of them have a very real chance of ending your upward journey prematurely. All things considered, it's a pretty interesting twist in how you must effectively hit every projectile that comes your way like an inverted bullet hell game.

It's All Downhill from There

Unfortunately, ideas are really all Rise Up has going for it. Protecting some balloons is something that will get old really quick, and there's a notable absence of power-ups that could have added a sense of variety, dynamism and zaniness to the mix. There are some goodies to unlock, but they also leave much to be desired. Among them include alternative skins for your balloon, which is not exciting at all, and challenge levels, which are a little better, but still only serve to slightly tweak the app's skeletal formula.

Worse than the uninspired gameplay is the sloppy coding. Even though Rise Up boasts very simplistic and technically unimpressive visuals, older devices still struggle to run the app properly. The frame rate chugs at the best of times, and the dot you control seems to be locked in a permanent seizure, warping all over the screen regardless of what you do with your finger. Both problems combine to make what is already a nail-bitingly tough game outright impossible. Newer devices typically won't have these problems, but they shouldn't even be problems in the first place with an app as graphically primitive as this. It just reeks of bad programming.

Just to add insult to injury, Rise Up has the gall to include advertisements. Sometimes, the app will give you the option to watch a commercial after you die just to effectively give you an extra life. Other times, it will outright interrupt you while you're playing the game. While the former is tolerable, the latter is simply unacceptable and likely to get you unfairly killed. However, the worst part is this game doesn't deserve to be monetized with advertisements at all. It's a low-effort product all around, with its abysmal production values, two-dimensional gameplay and poor programming. Rise Up in its current form doesn't feel like a complete product as it is, but the creators behind it still felt they were entitled to profit off it. It's honestly disgusting.

Conclusion: Nowhere Near the Top

There just really isn't a whole lot of good to say about Rise Up. Even if it had more ample code, and even if it was a completely free product with no ads or strings attached, it would still be dreadfully boring. There are plenty of better apps out there, from more traditional endless runners to brain-bending puzzle games. Get one of them instead. 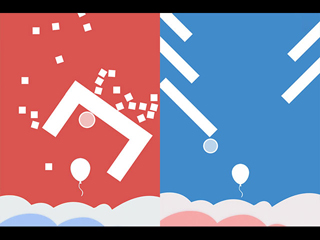 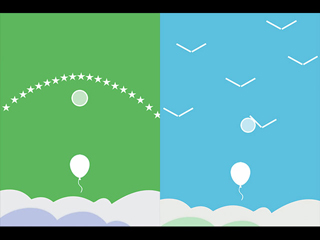