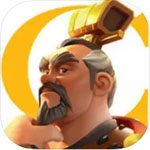 Build your kingdom and conquer the world!

Choose one of 13 historical civilizations, then lead your empire to become a powerful, unstoppable force from a small, isolated clan. You decide how to employ each civilization's distinctive design, units, and advantages to your advantage. With the Egyptian civilization, put your leadership abilities to the test. Fight alongside Cleopatra and her army, Thutmose III, Imhotep, and other legendary commanders to conquer the sands and begin your own centuries-long adventure.

On the map, battles take place in real time. Real RTS gameplay is possible since anyone can enter or leave combat at any time. Observe a friend being attacked in your own backyard? Send some troops to assist your friend, or make a surprise counterattack on the city of the assailant.

On a single, sizable map that is home to both players and NPCs, the whole in game action takes place. No distinct battle screens or discrete bases. You can freely switch between the global view and specific towns or barbarian outposts thanks to a feature never previously seen on mobile devices called 'infinite zoom'. Natural barriers on the map include mountain ranges, rivers, and important passes that must be taken in order to access adjoining territories.

Your entire environment is shrouded in dense fog. Send scouts to investigate this enigmatic area and find its secret treasure. Investigate vanished temples, barbarian strongholds, enigmatic caves, and tribal settlements to learn more about your adversaries and get ready for the decisive fight.

There are countless strategic options available when new instructions can be given to the troops at any time. Attack a rival city, then retreat and reassemble with your army from your alliance to seize a pass. Send troops to a nearby forest to get lumber and have them kill a couple clans of barbarians on the way. Additionally, forces can be divided among several commanders so that you can carry out several actions at once.

Full alliance capabilities, including officer duties, live chat with built in translation, map indicators to coordinate strategies, and more, enable players to assist one another. Alliances have the ability to increase their area to gather resources, seize mountain passes and barbarian outposts to fortify their position and cooperate to achieve common goals.

Join forces with your alliance to take over this sizable kingdom. In an MMO strategy battle royale, engage in combat with other players and employ winning strategies to prevail. If you succeed, the history of your kingdom will record you and your culture!

Call upon a myriad of historical characters, from Kusunoki Masashige and Joan of Arc to Julius Caesar and Sun Tzu, to act as your dependable commanders. Sending your commanders into battles and killing barbarians will level them up, and you can then use an RPG style talent tree and skill system to increase their skills. 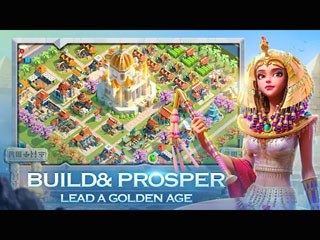 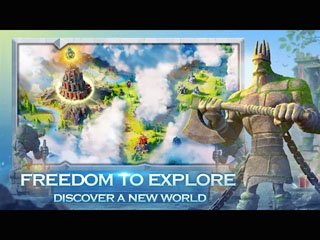