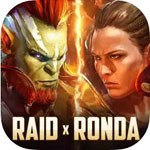 You will assemble Teleria's most illustrious warriors from the forces of Light and Darkness in order to preserve the world. To put up the best raiding party ever seen, you must teach them how to fight alongside one another, turn them into living weapons.

Make difficult choices and give your warriors strong artifacts to help them in their mission. As you command them in RPG battle, rank them up to unleash devastating special talents, huge AOE attacks, healing powers, and more.

As you take on cooperative clan challenges with hundreds of other players, slaughter demons for legendary riches, rare Champions, and other rewards.

For loot, XP, and unique champion drops, defeat hundreds of difficult bosses! Kill terrifying dragons, necromancers, golems, and other beasts, then defeat them once more to obtain stronger equipment.

One team exits after two teams enter. Engage in heated arena combat with other players to gain special gear and advance in the rankings.

Give your warriors a wide range of progression routes from various masteries and artifacts to provide them with infinite build options. You have complete control over each of your champions' characteristics, advantages, and disadvantages, much like in the best classic RPGs.

Assemble a large number of heroes from 15 factions. To beat your foes and win them over to your side, assemble well-balanced teams of sorcerers, skinwalkers, undead, knights, elves, and more!

A mobile RPG with a console like aesthetic is called Raid. The flaws in their armor are stunningly detailed in beautiful, fully rendered 3D heroes. 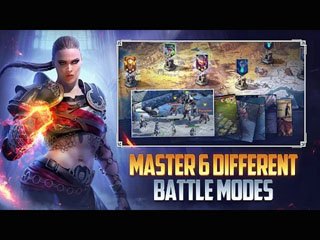 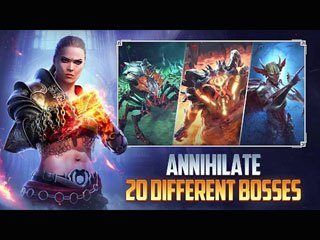