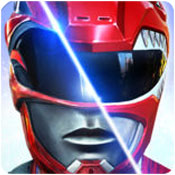 Brawl Through the Ages

Power Rangers: Legacy Wars is a fairly simple fighting game with one big thing going for it: you can create your own personal dream team of Power Rangers from several different series that have taken place throughout the years. I mean come on, that's pretty awesome.

The Rangers you decide to bring into battle can make a pretty big difference.

Hi-Yah and All That

Legacy Wars looks like a fairly typical fighting game, but there's a certain pace to it that might throw you off if you're not mindful of it.

It takes some getting used to, but Power Rangers: Legacy Wars can be a pretty good time. The only real problem is unreliable internet connections which, sadly, have the potential of completely ruining said good time.

A fighting game - admittedly a simple one - where you can pit a bunch of different Power Rangers from all across the various series, from Mighty Morphin' to the new movie? Sign me up! Although, while it's definitely cool to be able to put together all sorts of wild dream teams of Rangers from across several different series, I could do without the 100% focus on online versus play.

Go, Go, All the Rangers!

Right from the start, Power Rangers: Legacy Wars' appeal is obvious. The various Rangers look really good on screen, and you can acquire a whole bunch of them. Granted my interest in Power Rangers petered out around the time Mighty Morphin' came to an end, so I don't have much familiarity with other series like Wild Force or Dino Thunder, but my nostalgia goggles are rosy enough when it comes to the show that started it all - in the US, anyway. I'm well aware of the fact that Super Sentai had been a thing since well before we first heard 'It's morphin' time!' on tv.

Mechanically, Legacy Wars is sort of like a fighting game that's been mashed-up with a card game. Only without the cards. At any given time you have three different abilities available that include regular attacks, slow but powerful heavy attacks, and/or a block. The card-like stuff involves the randomness of ability appearances, which don't seem to have any rhyme or reason to them as far as I can tell. I've had matches where I almost always have a block available, and I've had some where I go several exchanges without being given the option. Regardless, knowing when to use these different abilities is key to winning. Managing your energy, which builds up over time and is required to 'pay' for using different moves, is also super important.

While your team of three only has one primary fighter, which is (disappointingly) sort of its own class so you can't just go picking anybody you want to put at the front lines, the other two Rangers provide support attacks. They pop into your ability selection bar just like any other attack, use energy just like any other attack, and can often deal some pretty serious damage. Of course if they get hit it counts against your own health bar, so don't start treating them like some sort of ultimate attack that makes you invincible.

There's a sort of rhythm that I began to pick up on after a few matches that, once I found it, made playing Legacy Wars much more enjoyable. At first I honestly hated it because I was trying to play it more like a regular fighting game. The tutorial/training mode not going over important stuff like how you can move by swiping the screen (seriously) didn't help, but again, once I figured this stuff out for myself it got much more palatable. Now I can say I actually do enjoy it - when it works.

The big problem with Legacy Wars is its reliance on an online connection. This in itself isn't inherently a bad thing - there are lots of mobile games that require an online connection and offer realtime player-versus-player competition - but even the slightest bit of lag can completely kill any enjoyment. Even after wrapping my head around the rhythm and the unexplained mechanics I still found myself loosing my composure during these lag-infested match-ups. Activating some abilities wouldn't work, others would take seconds (SECONDS) before actually starting up - it's definitively not a good time. What good is learning the game's rhythm when that rhythm goes completely out the window when someone's connection slows down?

So long as you spend a bit of time training so you can get a feel for the pace of play, and so long as you have a consistently stable internet connection, Power Rangers: Legacy Wars is a fun time. If your connection is even the slightest bit unreliable, though, be prepared for a headache. 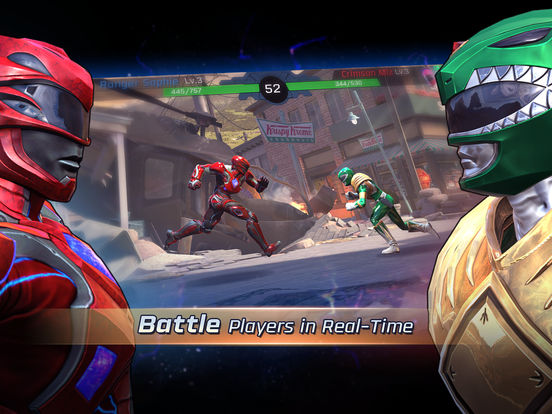 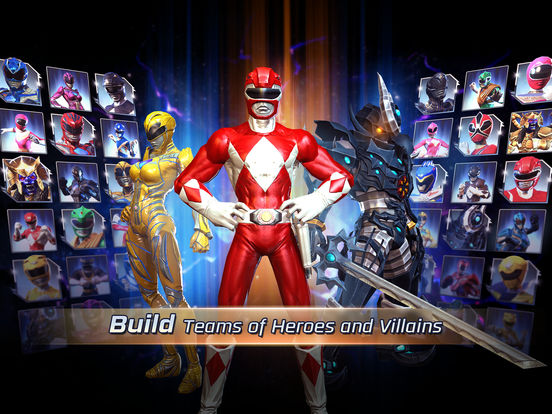