Cut Down Brigands and Monster as You Rush to Your Next Delivery! 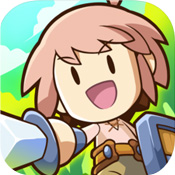 A New 'Order' of Knighthood Awaits!

Kurestal is a dangerous place. The land is plagued with wolves, monsters and bandits prowling the wilderness, and even the cities and villages have to contend with the occasional dragon attack. In such a deadly world, how could smitten teenagers ever hope to send vomit-inducing letters to their crushes, or get their latest batch of cookies from Grandma? They do so through the illustrious order of brave people who are not only knights, but postal workers too. They are the Postknights!

Through Rain, Sleet and Monsters

As the newest member of the honorable Postknights, it will be your duty to travel the land, deliver parcels, and let nothing stand in your way.

- Hack and slash your way through dozens of enemies across hundreds of levels in six sprawling worlds.
- Cleave through your foes with your trusty sword and shield.
- Quaff potions to give yourself the edge in combat.
- Face challenging bosses.
- And more!

You may be a newly anointed Knight of the Post, but you're still just a rookie. It will take many brave deeds to your name before you can consider yourself a legend.

- Gain experience from your victories.
- Train your battle prowess! Become the strongest, fastest and most durable knight to ever roam the land.
- Purchase, acquire, and upgrade new weapons, shields, and suits of armor.
- Brew higher-grade potions.
- And more!

If you're always on the move, then you can't go wrong with Postknight. It lets you experience RPG strategy and combat in a way that's fast, furious and unlike anything else out there. Pick up your sword and mail satchel and join the order today!

One of the most common complaints levied against the RPG genre is how you feel more like a glorified mailman than a knight in shining armor. Postknight pokes fun at that notion by making it the basis of the entire game. You play as a Postknight, an anointed warrior wielding a sword and shield whose job is to deliver letters and packages. It might sound silly to us, but it's no laughing matter for the people Kurestal, who live in a world so dangerous that just the mere mention of a dragon is enough to send everyone running for the hills.

Story and setting premise aside, Postknight is an odd hybrid of game genres. Its focus on character progression immediately brings the RPG to mind, but its overall look and feel is very reminiscent to an endless runner. It works for the most part, but it's evident the app would have benefited from staying in the oven a bit longer.

While Postknight can't really be called an endless runner on account of it having a mission-based structure where each mission has a definitive end, it follows the same basic idea. Your little hero marches forward automatically, and it's your job to make sure he lasts long enough to reach his goal. Along the way, he'll encounter scores of enemies that serve the same purpose as obstacles in more traditional runners, and only through very well-timed screen taps will he be able to survive. You have three actions at your disposal: you can use your sword to charge forward and hit everyone in your way for massive damage, you can raise your shield to reduce and/or block incoming attacks for a few seconds, or you can drink a potion to heal yourself.

It's simple enough on paper, but Postknight does much to make it a hectic experience. You never stop moving forward and everything you do comes with a cool-down, making it very important that you execute your actions at the right time. Charging on a single bandit might seem like a good idea, but maybe it would be better to wait a bit for his buddies to bunch up closer to him so you can take them all out in one fell swoop. He might get a few good hits on you, but it's better to be whacked by one enemy than three at once. In that sense, Postknight is very much a damage race; your health is constantly getting whittled down, and it's up to you to resist long enough to reach the end.

It doesn't sound like much, but like every good runner, Postknight is very addictive. It helps that the missions are all bite-sized little adventures that never wear out their welcome. The game is also great to see in action; it adopts a sort of "super-deformed" anime art style that is absolutely adorable to behold. Every individual character and creature has a distinct look that just makes you want to go "awww," and the main character himself is a delightfully expressive little chap. Just watching them move around and emote never gets old.

From Zero to Hero

What probably makes Postknight so addictive and well-paced is how it always feels like you're progressing. In keeping to its RPG inspirations, your knight gains experience and levels up every time he goes into the field. Along the way, he also loots money and items from his fallen foes, and usually ends each mission by opening a chest full of treasure. Everything you get is all directed toward making your postknight just a little more powerful.

You have a number of attributes to improve every level, as well as some equipment to find, purchase and upgrade. It's not very deep, but it will keep you on your toes, especially since improvements come at a steady rate. Even failing a mission nets you some goodies, so even if you're falling flat on your face, you're still moving forward.

Not the Greatest Adventure

Unfortunately, that's about all that can be said about Postknight's gameplay. You might get stronger, you might wield a bigger sword, you might don flashier armor, you might wade through tougher foes, but you're still doing the same charges, the same deflections, and drinking the same potions. You don't learn new attacks, you don't acquire new items to imbibe, and you can forget about learning spells because you won't find them. There really is nothing to break the monotony of Postknight, or fine-tune your gameplay in any meaningful way. It's the same thing from beginning to end, and it gets old after a while.

If you're hoping the game at least tells an entertaining story, you're in for disappointment. Even though the premise is rife with potential for parody, it really doesn't do anything with it. You're a knight who delivers mail, and that's it. Your guy has no personality, the rest of the cast isn't any better, and the already bare-bones plot just drags along. You will do plenty of talking with the dozens of NPCs you encounter, but not a single one of them has anything interesting or relevant to say. You might as well skip past them.

A lot could have been done to make Postknight a more well-rounded product. Its RPG and endless runner aspects are both shallow, and their combination does little to spice the overall experience up. Even so, the app is fun in short bursts, so if you need something to kill time with every now and then, Postknight should serve its purpose. 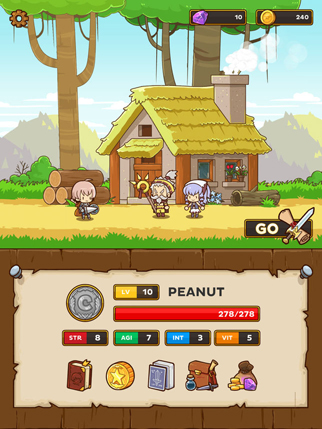 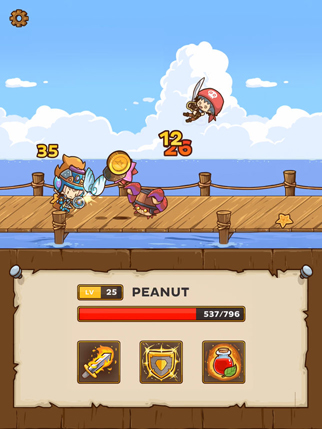