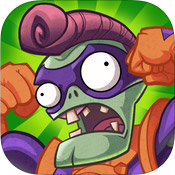 Plants vs. Zombies Heroes is more Than Just Another Card Game

Plants vs. Zombies Heroes is an unexpected marriage between the familiar lane-based plants fighting zombies formula and fast paced card combat popularized by games like Hearthstone. One that ends up working out a lot better than you might expect.

The deck you use makes an even bigger difference than your chosen hero. Think carefully when adding or removing cards.

Getting into PvZ Heroes' card battling is pretty easy, but there's also a fair bit of nuance to it.

I wasn't expecting a whole lot from Plants vs. Zombies Heroes, but I was pleasantly surprised. It's a really fun, accessible card game that's well worth your time.

It feels like plants and zombies have been mortal enemies forever, doesn't it? Well, in Plants vs. Zombies Heroes... they still are, actually. Only now instead of being about lane defense it's about strategically playing cards. In lanes. So I guess it's a bit old and a bit new?

Within the first few moments it's extremely easy to mark PvZ Heroes as Hearthstone-alike and move on, but that would be both inaccurate and unfair. It certainly shares the simplest of skeletal structures with Blizzard's collectible card game, but it's definitely its own thing.

There's this underlying plot about a mad zombie doctor accidentally turning both plants and zombies into super-powered heroes, conveyed with cute comic book-style illustrations and whatnot, but it isn't important. I mean, kudos for bothering to create a story to act as a backdrop for all the card-on-card action, but I'm far more interested in my next match than I am with any of the characters' motivations. Fortunately it doesn't take much to just skip past the plot bits when they appear. Unfortunately, the animations that play during a match for certain card abilities can't be skipped and can really drag out a turn when all you want to do is keep playing. Beyond that, there's a pretty fantastic digital card game here. One that sort of wears its inspiration on its sleeve and also stays kind of true to its origins.

The lanes have gone vertical, with plants and zombies squaring off on opposite ends of the screen. Each side is given a bit of energy/power to play cards at the beginning of a turn (Sun for plants and Brains for zombies, naturally), with the maximum allotment increasing after each round. Play alternates from zombies to plants as both sides spend as much or as little as they want/can to play cards, then the zombies have a follow-up turn to play 'tricks,' and the round ends with everyone attacking each other.

There are a lot of little things to appreciate with PvZ Heroes' card-driven format. You can unlock and play as several different heroes from either faction, each utilizing two different card types (i.e. Solar, Guardian, Brainy, etc) and featuring their own special powers. The use of lanes can create some interesting strategies where players can place certain units in front of others - either to act as a shield of sorts or even to enhance other unit's stats. Some cards will spawn additional fighters when placed, some gain benefits from being in specific lanes, and so on. I could go on and on about how well the interplay between different cards, or between cards and the environment itself, but suffice it to say it's all pretty great and makes for a very enjoyable game.

Online multiplayer is also a thing, and it works nicely. You can either compete in ranked matches for prizes or stick to more casual duels in order to practice and earn a few coins to use on buying card packs. It's fairly seamless, with uses a turn timer that keeps everyone moving and pretty quick match-making. The only problem I've run into is that it doesn't seem like the casual match-making is very balanced. Not that it matters too terribly much when nothing is really on the line, but it can be aggravating to find yourself up against a much more skilled player with a stronger deck.

Plants vs. Zombies Heroes was a very pleasant surprise. I went in not expecting much, then expected a Hearthstone clone, and ultimately ended up with a really fun card game that feels familiar and new at the same time. If you like this kind of stuff, or even if you don't, consider giving it a look. 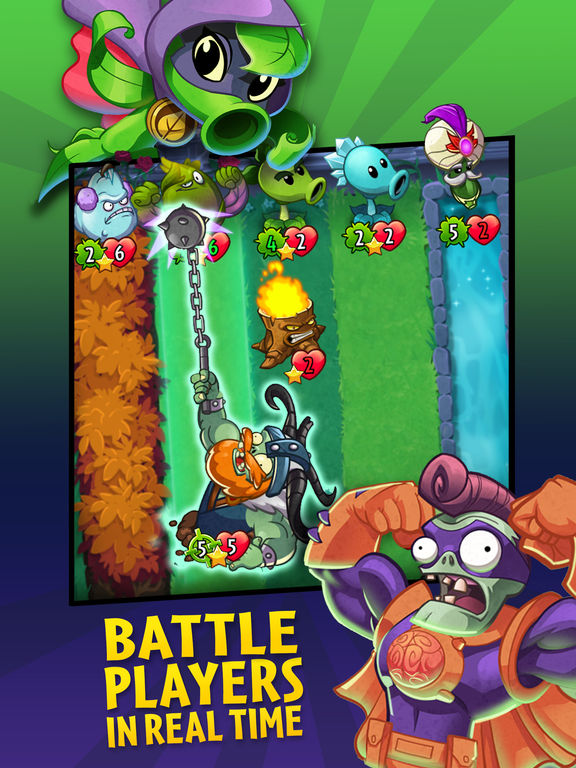 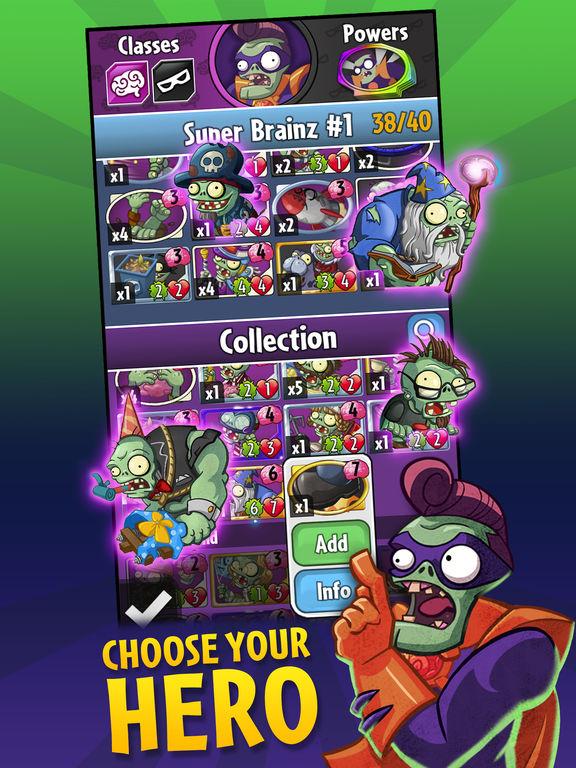