For those that love Pinball and endless style arcade games! 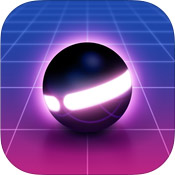 PinOut is an odd but nifty approach to pinball, with a kick butt 80s look and a fun 'time-attack' focus. High scores still matter, but now you're limited by how quickly you can progress from one board to another rather than how many lives you have. It works. It works really well, in fact.

You'll have to keep moving if you want to get anywhere significant in PinOut. Accuracy is also very important, though.

It does feel a teensy bit too easy to accurately guide the ball, but other than that PinOut is a treat. It looks great, plays great, flows from one level to the next great, and makes for a fun twist on a pretty old game. If you like mobile games designed to be played in short or long bursts, or even if you just like pinball, it's something worth checking out.

A long, long time ago (at least it feels that way), I once made a comment about how inappropriate the name 'Mediocre' was for this particular developer. Several years and close to ten games later, I still don't think the name fits because nothing about any of their games is actually mediocre. PinOut hasn't changed my mind, either.

First off, kudos to Mediocre (again, I guess) for PinOut's visual style. It's so unabashedly 80s, with neon and shiny surfaces everywhere. I love it. Plus it comes with the added benefit of making important board details like ramps and bumpers stand out more.

Actually playing the game is pretty much just like pinball, with one major difference. You still have to use flippers/paddles/whatever you want to call them to knock a ball around in order to earn points and whatnot, but each board is connected to the one before it and the one after it (except for the very first one, of course). So instead of simply trying to earn a high score before running out of proverbial lives, your goal is to keep pushing through the various boards in a sort of survival mode.

I really like the way this twists the regular idea of pinball around. Now the idea is to find the path that leads to the next board and launch the ball into it, hopefully collecting some timer-increasing power-ups along the way. It can be quite satisfying to push through several boards in succession, and failing to stop the ball from falling between the paddles merely returns you to the previous board rather than ending your run - so it's very possible to recover from a mistake or two without hurting your run too much.

Throwing a countdown timer into the mix adds an enjoyable level of intensity, and forces players to focus more on shot accuracy if they want to keep playing for more than a few minutes. Although it does bug me a little bit that aiming is a little too easy. Don't get me wrong, I'm glad they simplified the ball physics so it's actually possible for non pinball masters to hit specific targets, but it strikes me as being just a little too possible. Later boards with more complex layouts help to mitigate this somewhat, but I still feel like the game is sort of holding my hand.

Then there's the continue system, where premium users (those who pay $1.99) can continue from the last level set they've reached. It's not a bad system, really, and I'm okay with free users having to start over from the beginning instead (checkpoints are still marked so that they can continue if they decide to go Premium later), but having to replay the early levels does get fairly repetitive. Especially considering just how simple most of them are.

Aside from the aiming feeling a bit like I'm getting my hand held, I think PinOut is a fantastic arcade/pinball mishmash of a game. It's stylish, fun, clever, and steadily adds a fair bit of new elements to keep you on your toes - so long as you have the patience to make your way back through the early levels multiple times to see what's next. Definitely give it a look if you're into pinball, arcade games, or 80s neon. 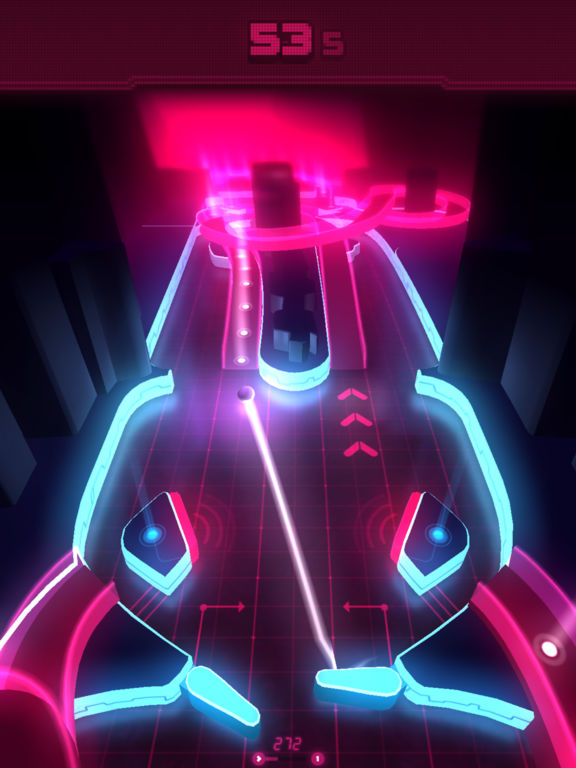 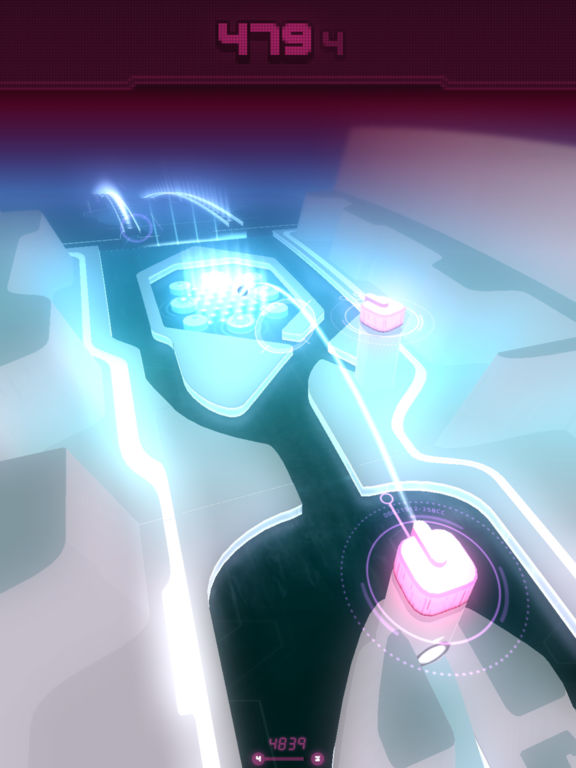