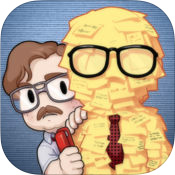 The entire point of Office Space: Idle Profits - aside from tickling the nostalgia center of fans' brains - is to install Michael's worm in the various offices at Initech and rake in the dough.

If you've played a clicker before you probably know the drill. If not, here's how you can maximize your profits.

There's nothing about Office Space: Idle Profits that stands out among the clicker crowd, but it does make references to a pretty great movie from time to time. Whether or not that's enough depends on the person, but if you don't hate these types of games it's at least worth a look.

Office Space: Idle Profits is an idle clicker game that banks on the license for an almost 20 year old movie (oh my god I feel old) to draw attention. That's pretty much the best way I can explain it. Doesn't sound like much, eh?

Before I get into the obvious and pretty much already spelled-out conclusion, I do want to go over a few things. First of all, if you're not familiar with Office Space you go watch that movie and you watch it now. It's a hilarious satire on grueling 9-5 jobs from the creator of Beavis and Butthead of all places. It's a fantastic movie that everyone should watch at least once in their life.

Second, I do think that the game does a decent job of making little nods to the movie here and there without getting too ham fisted about it. Little things like the building you're constructing being called 'Initech' or having the portion where you tap to earn more money depicting Samir as he gets angrier an angrier from being stuck in traffic (although I think Michael or Peter would have been a bit more fitting in this case). Heck, the way you reset your progress in order to start over with slight (but permanent) profit gains, as is typical of clickers, is to save up enough red staplers that I can only assume are from Swingline to coax Milton into setting the building on fire.

Third, I appreciate how there's always some sort of Thing to do. Most of the time it's nothing more than tapping on the screen to generate income, but it's something. Of course there are several more tasks that can be performed when you've saved up enough cash as well. Most of it is old hat to anyone familiar with the genre, like opening up new floors to generate more profits or buying upgrades that provide small passive improvements - however you can also unlock and assign employees to different floors for added effect. It's not much of a tweak, but I do find a certain amount of amusement with being able to shuffle employees around to boost profits or drop Milton anywhere that isn't a basement storage room.

Unfortunately I did run into the inevitable issue of progress grinding to a halt fairly early on. This always happens, and it's always expected, but I thought I'd be able to cruise through at least a few more floors before hitting that 'nothing to do but wait' wall. Unlocking events at level 3 helps a tiny bit since it more or less provides a second building to start upgrading and you can switch back and forth between the two as often as you like. Still, it slows down in a hurry and that kinda stinks.

Lastly is the more glaringly obvious problem: this is just another idle clicker. Sure it features references to a great movie and uses some adorable cartoon renditions of beloved characters, but underneath it all there's nothing new.

A Case of the Mondays

For what it is, Office Space: Idle Profits isn't bad, but it isn't compelling, either. If you're a huge fan of the movie and that doesn't bother you, then you'll likely have a good time. If you hate games like this, you won't have a change of heart. 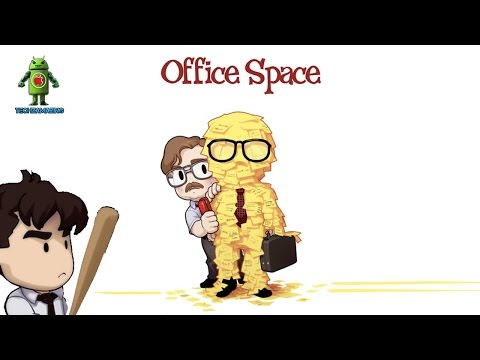 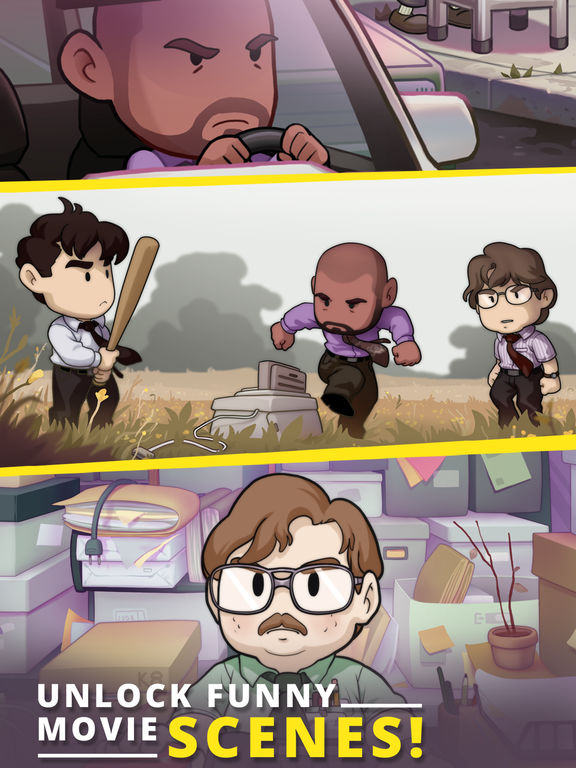 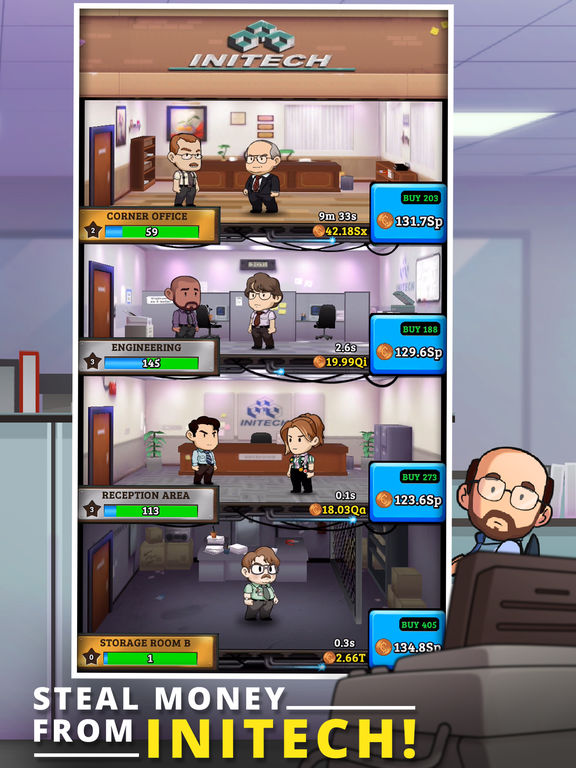