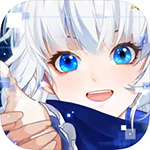 Noahs Heart - the hotly anticipated follow-up to Dragon Raja - is arriving in North America and Europe. If you've played Dragon Raja, you'll know what to expect. If not, here's the lowdown.


Developed by Archosaur, in conjunction with Famous Heart Limited, Noahs Heart is a sprawling open-world MMORPG set on a planet that you can circumnavigate. That's right. There are no impassable mountain ranges or infinite oceans in Noahs Heart. If you walk in a straight line, you'll end up where you started - just like on planet earth.

And just like on planet earth you'll pass through a variety of different terrains, including desert, tundra, and rainforest. There are villages and towns, too, filled with NPCs, quests, and adventures. There's a lot of ground to cover, and you can cover it in a ton of different ways. You can walk, or ride a horse, or sail a ship. Or, if you feel like treating yourself, you can take to the skies with your very own jetpack. Of course, Noahs Heart is about more than just sightseeing and exploring. It's about fighting, too.

The first thing you'll do when you start the game is choose a weapon, and this pretty much determines your class. Later on, you can modify your weapon loadouts to unlock new customization options, effectively letting you adapt your class as your adventure unfolds. On top of that, there are Phantoms that join you in battles. These ghostly comrades are based on real historical figures, and you'll get to know more about their fascinating stories as the campaign unfolds.

We've only covered single-player stuff so far. There's also a bustling multiplayer element to the game, consisting of dungeons, guild contests, PvP, and the much more neighborly activity of visiting other players' homes. The Noahs Heart community exists beyond the borders of the game, too. There's an active Discord channel, where you can get in on various competitions, or just shoot the breeze with your fellow players.

Head to the Google Play Store, the App Store, or the official Noahs Heart website to get started 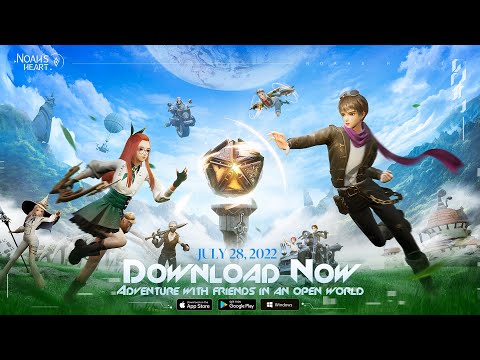 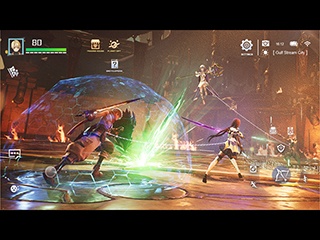 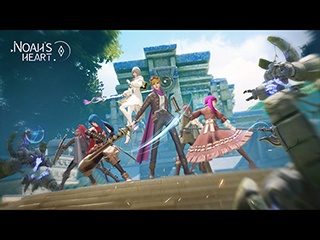