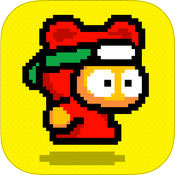 Ninja Spinki Challenges!! has you guiding a tiny red ninja through a series of mini games, unlocking more as you go and possibly trying to earn a high score in Endless Mode if you want. Sometimes it's easy, sometimes it's tough. Either way that ninja isn't going to get anywhere without your help.

Dodge, throw, jump, and dodge your way to victory.

Use the time before a mini game starts to get used to the controls. There's a small window of maybe 5 seconds or so where you can control the ninja but the hazards haven't started coming at you yet. This will give you a chance to see how you'll need to move the ninja around without the threat of bouncy cat puffs or cannon balls.

Sadly, Ninja Spinki Challenges!! doesn't offer much. The mini games are entertaining enough in their simplicity at first but there really aren't that many of them and they're mostly pretty similar in their execution. That, plus the fourth challenge is just awful. Endless Modes might provide some replayability and longevity, but that's only if you can get past the tedium.

Aside from the adorable mascot, I wasn't sure what to expect from Ninja Spinki Challenges!! before starting it up for the first time. Then I saw it was a collection of mini-games and I was all like 'Cool! I wonder if that means it'll be sort of like Warioware?' Well, it's not, which is disappointing. What's more disappointing is that there's so little variety to this collection of challenges.

Six Degrees of Stuff to do

The entirety of Ninja Spinki Challenges!! revolves around the same six mini games. And five of them are about dodging objects. The controls differ slightly depending on the mini game - some only allow you to move horizontal, others are omnidirectional, and one even lets you jump! - but aside from the one where you toss shuriken at targets they're all very similar.

An endless mode that unlocks for each mini game after you beat it for the first time does add a little more variety and replayability to the game, I guess. Now instead of simply trying to complete the same games over and over so that you can unlock slightly tougher versions, you have an actual score to try and best. Plus having to chase down stars (which are your score) in addition to everything else ads a much needed wrinkle to some pretty basic tasks.

Of course then there's the matter of the controls, which aren't super. In the games that require moving (i.e. 5 of 6) the controls are a little slippery, which might be intentional but is irritating regardless. This is to say nothing of the fruit dodging mini game, which has you releasing the screen to jump and is probably the worst thing we as a species have ever created. Seriously though, the slight jump delay combined with the slippery movement make this one particular game remarkably frustrating to the point where it even manages to drain what fun there is to be had from the other five games.

Collision detection isn't great, either. It works in a general sense, but as games start to get tougher it becomes more noticeable that things aren't as tight as they probably should be. I'm talking 'get hit by an object that's clearly on a different 2D plane because lol oops' levels of obnoxiousness. It's not a huge deal at first, but it definitely becomes one as the challenge increases.

Could Have Been Better

Ninja Spinki Challenges isn't terrible in the grand scheme of things (except for that fruit dodging game), but it's not great either. The six mini games aren't much of a selection to begin with, but when you consider just how similar most of them are to each other it's even more of an issue. I mean it still looks cute and all but cute really isn't enough. It goes from cute and entertaining (though simple) to tedious and pointlessly frustrating in short order. The Endless Modes fare slightly better, but you're still left with 5 very similar mini games and one that isn't similar but also isn't very interesting. 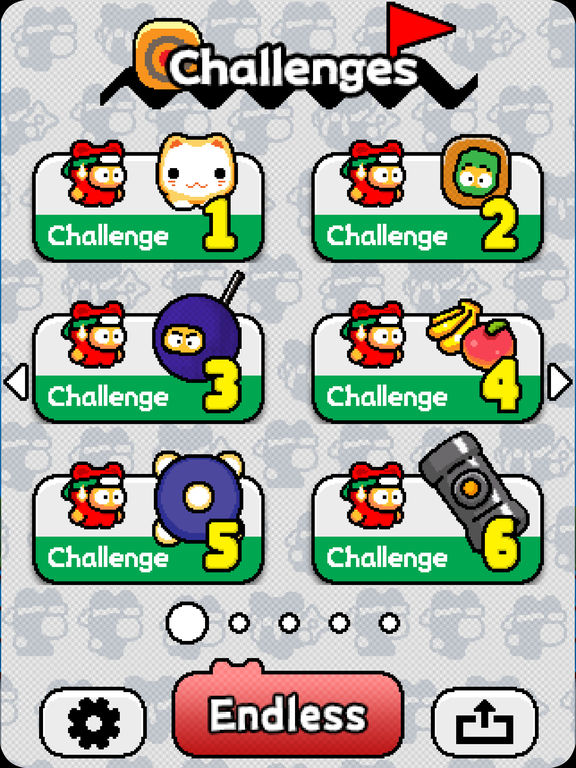 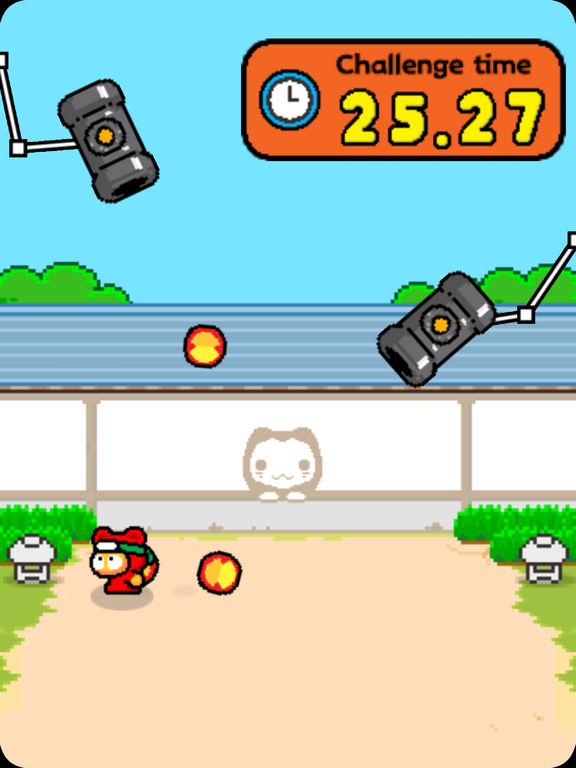