Test Your Tactical Might Against Other Players in this Thrilling Strategy Game! 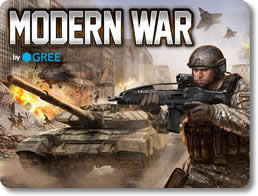 Everyone wishes that they could take over the world deep down. With Modern War, you finally can! However, it is not a job that can be done by yourself.

You’ll need to field an army, build the most sophisticated weapons that money can buy, keep everyone adequately equipped, and employ a wide range of smart tactical maneuvers to outplay the competition. Prepare for anything while you do so. You could face the most cunning enemy army the computer can cook up, or even another player with the same aspirations that you do. Train hard, fight harder, and plan for the future. This is Modern War.

If we lived in a perfect world, our soldiers, tanks and weapons would materialize out of thin air and magically operate on their own without any source of energy. Unfortunately, things don’t work that way in either real life or in Modern War. If you want to get anything done, then you’ll need to produce everything you need from whatever raw materials you can get your hands on.

Get Involved with the Community

You’re not the only warlord gunning for world domination out there. There are a lot of players who have the same goals as you. Learn to weave your way around them and the treacherous politics they have set up. Then and only then will your war effort take root.

Gear Up for War

The world may be a big place, but it’s obviously not big enough for you and every other warlord out there. With Modern War, you can make some much-needed room for yourself by using your superior firepower to bomb those fools either back to the Stone Age or into the postmodern era.

How you go about that is up to you. You can train an elite fighting force of super soldiers, assemble a battalion of tanks, put together an air force like no other, or combine them all in some fashion that you like. There is nothing more satisfying than wrecking havoc with an army you personally put together with your blood, sweat and tears, and Modern War lets you indulge in the impending chaos.

Sign up today and turn the mobile world into your oyster! 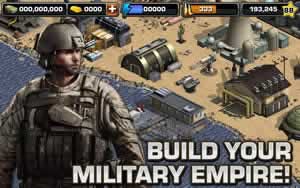 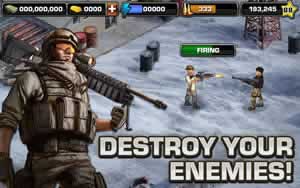