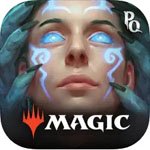 Combine the original match-3 RPG classic with the world of Magic: The Gathering!

Recruit your favorite Planeswalkers, acquire rare cards, and construct strong decks. To defeat your opponents in match 3 combat, summon the most devastating spells and creatures on the battlefield!

Gather and create some of Magic: The Gathering's most lethal spells and creatures, such as Ghoulcaller's Harvest and Tiamat.

Your strength and power are centered around your mana jewels. To gather enough power to cast lethal spells and creatures, match three or more objects in a row.

CLIMB THE LEADERBOARDS AND RECEIVE REWARDS

Show off your combat prowess in PVP competitions and daily events. As you move up the leaderboards, you can earn great prizes like legendary and rare cards from the newest sets.

RECRUIT YOUR PLANESWALKERS FOR BATTLE

Find the most recent Magic: The Gathering Planeswalkers, recruit them, and match them with your strongest deck before entering the arena and destroying the opposition. Make a deal with Liliana to call forth a never ending army of minions! Join forces with the irascible Chandra and use your spells of fire to completely destroy the battlefield! Or, use Tezzeret, a skilled artificer, to modify artifacts with spells and bring them to life. Each Planeswalker has special powers that can be used to activate and improve your cards or cause havoc for your adversaries. Increase their levels to see their skills develop into an unstoppable force. 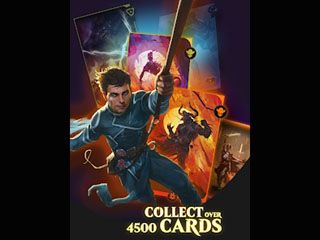 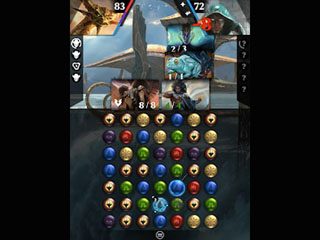