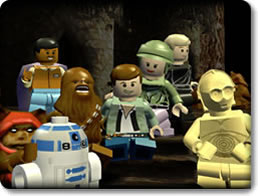 Long Ago, In a Galaxy Made Entirely Out of LEGO Bricks

The heroic forces of the Light Side are under attack by the insidious forces of the Dark Side. Only a Jedi master has what it takes to control the Force and restore balance to the universe.

In LEGO Star Wars, you will play through the entire Star Wars saga from start to finish. Follow Anakin's journey from an innocent young boy to a ruthless Sith master, ride in the Millennium Falcon with Han Solo and Chewbacca, and fight countless battles with a lightsaber in your hand.

All of this will be accomplished not with the larger-than-life heroes as you know them, but in a version of Star Wars that has been carefully constructed out of LEGO bricks and populated by the iconic LEGO people!

Use the Force and Other Stuff!

LEGO Star Wars: The Complete Saga is an action-packed game that runs you through all six films in a compact and lighthearted form. Take control of LEGO versions of your favorite heroes, battle the classic enemies, and solve dozens of environmental puzzles in your quest to defeat the Dark Side!

Take Part in Even More Adventures

There's more content to enjoy than just the movies. LEGO Star Wars includes a host of other levels to play through, cool stuff to unlock, and challenges to tackle.

Play with Your Favorite Characters

LEGO Star Wars: The Complete Saga hosts a roster of over 100 characters from both trilogies. You'll unlock more and more of them as you play the game, and will have the ability to switch between them on the fly! Some of the heroes and villains you'll be playing as include:

May the Force Be with You!

The Force has always been strong with the LEGO Star Wars series, and it continues to be strong with this mobile edition of the beloved crossover. The game is filled with a metric ton of content to complete, there's a lot of humor to be had alongside the affectionate nods to the Star Wars universe, and the LEGO environments are fun to explore, destroy and fight in. Fans of Star Wars must not miss this classic, nor should anyone looking for a fun action game that can be picked up and played anytime and anywhere.

Grab a lightsaber, make sure your hat is firmly embedded into your head stud, and get ready for the ride of your life with LEGO Star Wars: The Complete Saga! 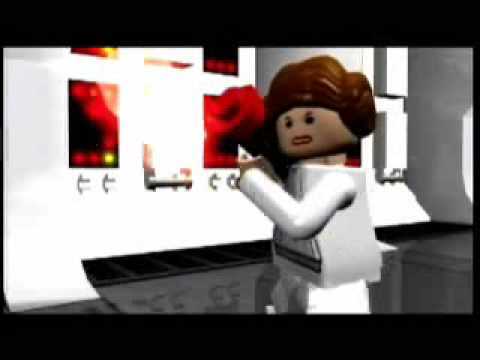 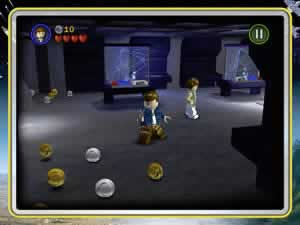 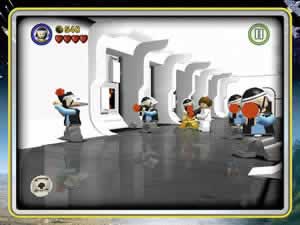