A whole lot of DC heroes and villains are back and ready to rumble in Injustice 2. With all the different characters, modes, equipment, and upgrade options it could seem a bit overwhelming. Thankfully it's all pretty straightforward once you get the hang of it.

What you do between fights can be almost as important as the fights themselves.

The combat may be simple to control, but there's a level of nuance to it as well.

Not so Great in Practice

If it weren't for the spotty control lag, Injustice 2 would be a pretty solid (though ultimately simplistic) fighting game on mobile. Instead, it's more frustrating than fun. Hopefully an update or two will fix that.

Gods Still Among Us

Given how much everyone seemed to enjoy the first Injustice game (the mobile version did fairly well, as I recall), it seems only fitting that we'd get a sequel. But while the console version seems bigger, badder, and all-around better than the original, this particular mobile iteration isn't exactly super.

So Much Wasted Potential

First the good. Because that's how this stuff always goes, right? Injustice 2 is pretty much saturated with options. There are a whole bunch of recognizable DC heroes and villains that can be unlocked, which is a given. On top of that, characters can also level-up via fighting and completing missions (thus increasing their overall power and sometimes unlocking new abilities), passive talents can be learned or taught that can differentiate the same character from different players in different ways, and equipment can be found (and upgraded) to provide other boosts such as damage increases.

Even more variety is available in all the different modes that are available. Combat-centric stuff like the Campaign or Story modes present slightly different situations than just 'fight the other hero team until one side loses' by adding multiple henchmen to fight through first or by introducing special match effects such as random hero switching. Operations mode allows you to send characters off on missions that are completed in real time, and are a great way to level-up anyone you don't have room for on your team - and can earn you some extra cash and whatnot to boot. Then, of course, there's the Arena where you can pit your team against other players' teams in a fight for dominance and sweet, sweet prizes.

The problem is a lot of the other stuff that's generally really important in a fighting game. Having a simplified control scheme is perfectly understandable - it's essential for the platform, really - but there's an awful lot of input lag. Sometimes I'll tap the screen and my character will attack almost instantly, but other times it can take them up to a second (or more) to get their spandex covered butt in gear. This problem is even more noticeable when trying to use special moves, which on a lot more than one occasion have completely failed to activate (despite being usable) after multiple taps on the appropriate icon. Or sometimes I'll tap a special move icon and it'll activate a second or two after the fact. It pretty much depends on the whims of the game, really. This could be due to a rough patch in my connection, I suppose, but considering I've yet to have any real-time bouts against other players it would make an always on requirement rather pointless.

Finally, there's the whole 'gotcha' randomness that comes with most free games these days. Spending premium currency on two consecutive 'hero box' draws to receive the same hero both times is annoying, but I can sort of forgive it as just the random draw not working out in my favor. Completing the same Campaign boss fight 10+ times in a row (earning 3 stars each time) in an attempt to earn gear and earning nothing but a few coins with every single attempt I find a lot harder to let go. Either it's all one massive unlucky coincidence or the random number generator that doles this stuff out is designed to be stingy. I'm kind of inclined to believe the latter.

If Injustice 2 was more responsive it would be much easier for me to look past the other issues I've had. I've played so many free games that it takes a lot to phase me in that regard. A fighting game where it can take a second or more for inputs to go through (if they do at all) is another matter entirely. Assuming these issues get ironed out I think it'll be a nice upgrade from the original mobile Injustice, but for now it's sort of an annoying mess. 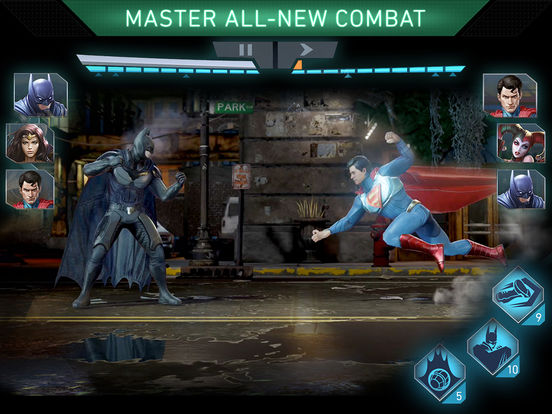 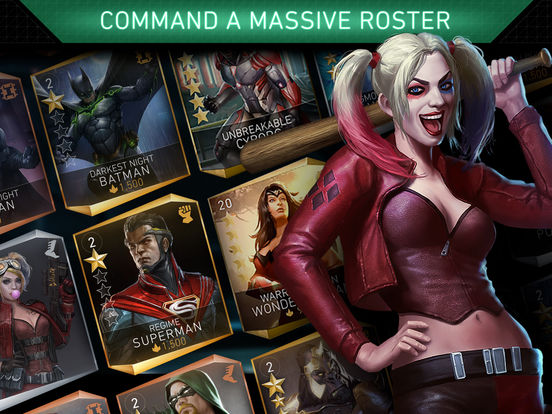