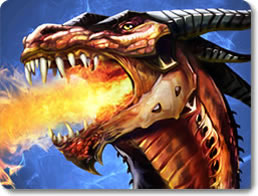 Take Part in the Bloody History of Thedas Everywhere You Go!

Step Into the Annals of the Dragon Age

The world of Thedas is a dangerous place rife with unending conflict. Darkspawn are in the Deep Roads, demons are in the Fade, and the surface is populated with scheming nobles, Elven rebels, and dogmatic Qunari. Where will you stand in the coming tide? That is for you to decide in Heroes of Dragon Age.

Choose your faction, amass an army of familiar faces from the award-winning Dragon Age role-playing games, and take part in the many historical battles that have drowned Thedas in a sea of blood. When you’ve had your fill of history, then you can go online and test your mettle against other players and their would-be armies to see who the greatest hero of the Dragon Age will be.

With Heroes of Dragon Age, you will be able to take part in the dark history of the Dragon Age universe. You will travel across time, experiencing Thedas’ many wars and catastrophes through thrilling tactical combat. Gather your troops, hone their skills into a sharpened blade, and prepare for the many battles to come.

You won’t be able to leave your mark on history if you wade into battle alone. In Heroes of Dragon Age, you must gather an army of the toughest creatures, soldiers and heroes you can find and train them into a fighting force that’s powerful enough to cause the Maker to blink.

As the people of Dragon Age fight each other for one reason or another, so too will you and your fellow players. Go online with your most powerful squads and see how far you can go in the ring of honor.

When it comes to mobile strategic combat, few out there can best Heroes of Dragon Age. You have a nigh infinite number of parties to set up while you delve headfirst into the lore of this amazing fantasy setting.

If you want to experience a deep strategy game on the go, or need something to tide you over until Dragon Age: Inquisition comes along, then forge your legend with Heroes of Dragon Age. 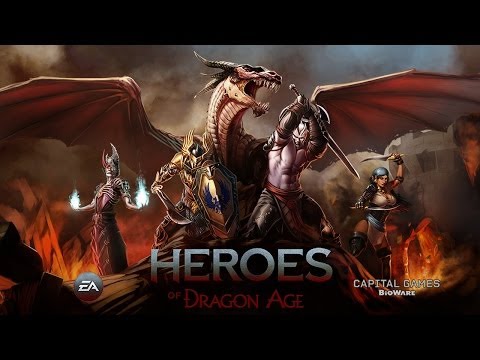 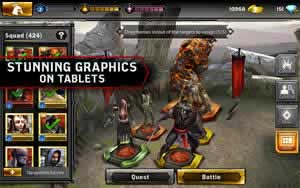 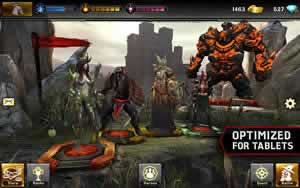