Gods and Glory: Age of Kings is pretty, but also extremely derivative. 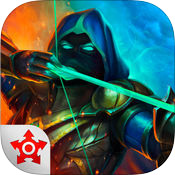 Knight on the Town

Gods and Glory: Age of Kings is a free-to-play strategy/town-building sim that, sadly, will feel pretty familiar to anyone who's played anything similar on mobile before. On the one hand, this means if you've played other games from the same genre you'll likely be able to tackle a lot of these tasks blindfolded. On the other hand, that familiarity can get your town up and running a bit faster.

Getting started is pretty much just a matter of following the prompts, at least initially. Thankfully the training wheels come off fairly quickly, and then you're free to focus on your own expansion path. Within reason, of course.

Managing and growing your town is only half of the battle. The other half is, well, the battles.

Gods and Glory: Age of Kings is a looker, and the familiarity might be a comfort to some, but it's also quite derivative. Whether or not that's a deal-breaker depends on how important the minor differences are, as well as your feelings towards by-the-numbers mobile F2P sims.

Gods and Glory: Age of Kings has an impressively uneven start. It all begins with some random warrior (though extremely well-drawn and animated) telling you about how she needs help fighting the demon hordes. Then it's on to watching a bunch of fancy-looking characters fight some demons before finding yourself staring at the all too familiar sight of an isometric town building view. Oh, and there was something about how you're the best candidate to fix up and run the town. Despite nobody there knowing a single thing about you, you won't hesitate to take up arms against a demon or two.

At Least it Looks Good?

Before I get to the griping (and there's going to be a lot of it), I do have to give Gods and Glory credit where credit is due. The game looks pretty good. Character portraits are a big stand out, but the designs for the regular combat units are also enjoyable and there's a surprising amount of detail - moving detail, even - on several of the buildings you can put in your town. Good uses of color, too. It makes a lot of things 'pop,' visually speaking.

I also have to say that, unlike a good number of other freemium sims, here you can get a good deal accomplished before the typical grind (i.e. waiting for everything) starts to set in. There is, of course, a process to it all. You have to upgrade building A in order to improve building B, which then lets you upgrade building C and so on. However, it moves along fairly quickly in the early stages as you'll be earning resources almost as fast (and in some cases faster) than you can spend them. Combine that with being able to instantly finish any construction project that has 5 minutes or less left on it (premium currency is required for anything over 5 minutes, though) and you've got a pretty accessible introduction. Well, accessible in terms of freemium sims with ugly, crowded menus, anyway.

I made it about two tutorial tasks into Gods and Glory before I started getting a very specific sense of deja-vu. Granted, I've played a lot of free-to-play town builders on mobile over the years, but this was different. It felt like I'd played this before. I mean this exact game, not simply something like it. The general presentation, the menu structure, the unit construction, the early stages of town building - it all feels a little too much like several of the old Kabam F2P sims I've reviewed years ago.

There are definitely some differences, don't get me wrong. The combat, while being pretty much entirely hands-off and kind of uninteresting, is certainly not the same. Nor is the inclusion of dungeons, which is sort of a misleading term as all you do is send a team in and fight enemies rather than explore anything, but it's still something you can do that isn't raiding nearby NPC or player settlements so I'll take it.

Gods and Glory: Age of Kings is ultimately an okay free-to-play town building and strategy sim, but aside from the visuals and a few (honestly inconsequential) adjustments it's just like most other okay free-to-play town building strategy sims you can play - and probably already have played. If you've never dabbled in the genre, it's as good a place as any to start. If you're already familiar with this kind of stuff, there's really not much reason to bother. 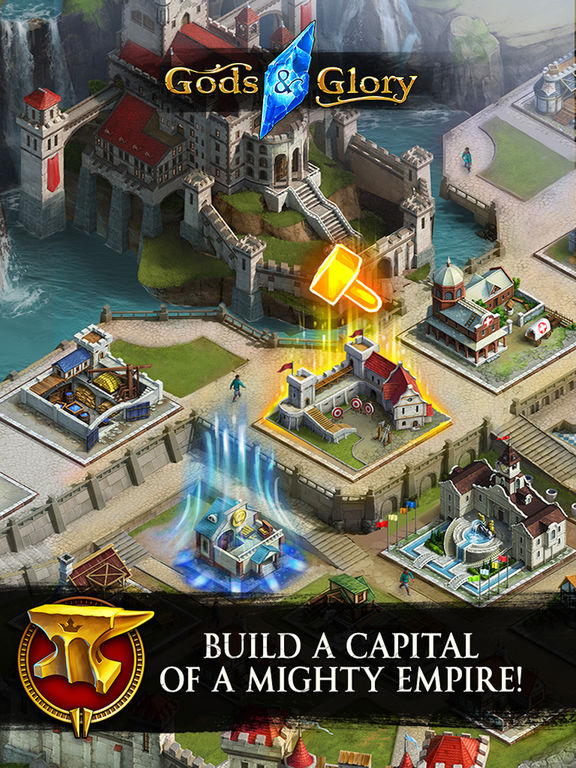 Gods and Glory: Age of Kings