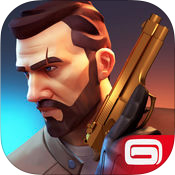 Not Really Worth the Trip

So you've decided to set up your own criminal empire and take over New Orleans in the newest Gangstar. That's cool, that's cool. You'll probably need some help, though. Crime bosses can't boss crimes all on their own you know.

Completing missions will be your bread and butter while you try to expand your nefarious influence.

You can't complete a mission if you're dead, right?

Better Worlds Than These

Gangstar: New Orleans is a sound idea on paper but sort of a mess in practice. Despite the price tag of zero dollars (to download, anyway), you're much better off buying an official GTA.

The Gangstar series has been a thing for several years at this point, but I've honestly not given much thought to any of the games up until now. It could be because I'm less interested in playing an open-world crime spree simulator on mobile, or it could be that I vastly prefer the absurdity and fun of Saint's Row over the more real world simulacra of Grand Theft Auto. Regardless, this is the first Gangstar I've touched in a long time - and I'm far from impressed.

Anything I Can Do, You Already Do Better

I want to be clear and state upfront that I actually like the idea behind this newest Gangstar. Yeah it's basically GTA with freemium elements, but the concept sort of makes sense. You can complete missions to earn rewards, with faster clear times earning more stars (up to 3) and more stars meaning better earnings, which I like because it gives missions more meaning than just progressing the story. I also appreciate how you can earn/randomly draw things like weapons and vehicles, then upgrade them using certain items and spending a bit of cash. It's a freemium mechanic that works well within the structure of an open world crime thingy type game.

To Gangstar: New Orleans' credit, there are some other worthwhile things happening here. The game does look pretty good, if a bit cartoonishly stylized, and there are lots of contextual buttons for things like taking cover and hoping into vehicles that will smartly pop in and out depending on what you're close to. I also really, really like being able to simply tap on mission icons from the map screen to start them, instead of needing to set waypoints and drive there all the time.

But then there's everything else. The story and characters don't hold a candle to either popular open-world series you could compare Gangstar to. There's an energy system that prevents you from playing too many missions back-to-back (though you can at least wander around the open world while you wait, I suppose). Someone thought having a Global Chat window automatically pop up in the middle of the screen would be a good idea (it isn't a good idea). Pointlessly repetitious 'tips' that remind you of the blatantly obvious pop-up before and after taking on missions. Driving doesn't feel good, crashing isn't satisfying, and smacking into pedestrians actually slows your car down quite a bit - heck, I've actually gotten cars stuck on pedestrians and failed missions because of it. There are even cutscene glitches, with thing like awkward pop-ins for objects and body parts, and in one of the earliest videos my character phased through a car door when getting out of the vehicle rather than opening it.

It doesn't stop there, though! I could honestly look past the glitchy, unpolished, and questionably designed bits for the most part so long as playing the game was fun in and of itself. Unfortunately that's not the case thanks to some spectacularly moody controls. I hadn't even played for an hour and was already experiencing getting hung up on objects in the environment, snapping to the wrong cover (which was farther away than the cover I intended to use, no less) in the middle of a firefight, having to try at least three times to simply guide my character through a doorway, somehow losing touch with the virtual movement stick and instead rotating the camera, and stepping out of cover for no reason.

The happiest time I've had with Gangstar: New Orleans is putting my phone down to write this review, knowing that I won't ever have to play it again. I wish that wasn't the case because, as I've said, I think the core concept is a sound one. However, there are so many problems with the execution that even being free isn't enough to make the download worthwhile. Maybe earlier games in the series are better, I don't know, but I have a hard time imagining them being worse than this one. 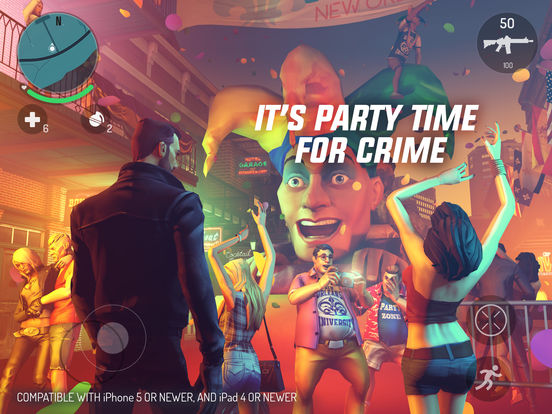 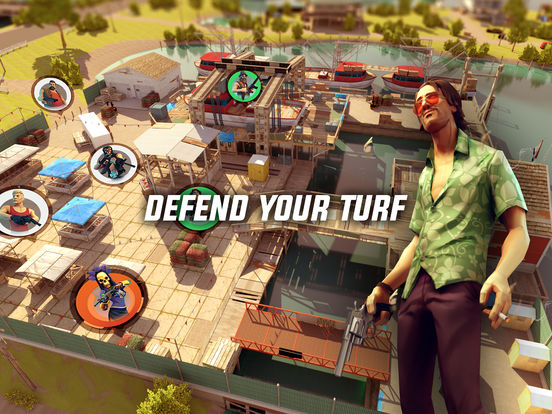