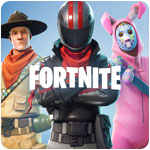 Engage up to 100 other players in a battle for survival.

The Full Fortnite Experience is Here!

The smash hit that has taken the world by storm is now coming to a tablet or mobile phone near you. Experience Fortnite in all its glory right there in the palm of your hand. Enter an expansive and ever-changing world that you can literally reshape with your own hands, and pit your wits against a hundred other players who are all gunning for the same thing: to be the last one standing!

It's a dog-eat-dog world. You have only two objectives: survive and kill everyone else. How do you go about accomplishing that, especially since you have to contend with 99 other people with the exact same goal? That, dear player, is entirely up to you.

Will You be the Hunter or the Hunted?

Fortnite is one of the biggest games right now for a very good reason. It's massive, it's intense, it boasts so many options that you can form your own distinct strategy to victory, and it can now be played everywhere you go! Don't hesitate: join the phenomenon and download Fortnite today.

Sometimes a product sees success in ways the creators never intended. Such is the story of Fortnite. Originally designed to be a co-op zombie survival game, the release of a battle royale mode caused it to see a massive and unexpected surge in popularity that made it one of the biggest games of 2017, breaking record sales across the PC, PlayStation 4 and Xbox One.

Normally, the story would end there, but Epic Games decided they needed to expand further in a move that seems to be equal parts ambitious and insane: by porting the game to mobile systems. They didn't make a spin-off set in the Fortnite world, nor did they make a stripped-down version of the game. The app that you can get on your iPhone is the real deal! The idea of taking the complete Fortnite experience with you everywhere you go sounds great on paper, but the truth is it might not be worth it.

It's Every Player for Himself

Before we begin, we have to understand what exactly Fortnite is. In short, this is a free-for-all third-person shooter where the last man standing wins. A hundred players all land on an island and from there, they set about killing each other using whatever they can scrounge up from the environment. Unlike most shooters, there are no respawns, do-overs or extra lives; once you're dead, you're dead and out of the game permanently. You can act like Rambo all you like, but all that will accomplish is getting you killed fast. You generally want to play more carefully, exploring the world, looking for weapons and items to use, and in general trying to stay out of sight while you hunt your prospective enemies.

That's not to say Fortnite is an entirely slow-going experience, because it's not. Violence will break out quite regularly, especially at the beginning when everyone is scrambling for whatever items they can find. Furthermore, the island is regularly wracked by dangerous storms that serve to gradually shrink the map, make supplies scarcer, and cluster everyone closer together.

Building a Way to Victory

However, what sets Fortnite apart from just about every other shooter out there aren't the guns you can use or the design of the map, but the elaborate crafting system it boasts. In a similar vein to Minecraft, just about everything you find in the game, from trees to brick walls to broken-down cars, can be broken down to base material and rebuilt into structures more useful for you. You can set up things like walls, platforms and staircases, and if you combine them in creative ways, you can create more elaborate structures like towers, bridges and even forts.

Needless to say, the sheer number of gameplay options the crafting system opens up is mind-blowing. With a little ingenuity, there is virtually nothing you can't do. You could erect a tower to serve as a sniper's roost, make yourself a fort where players would have a hard time shooting you, or even set up a bridge to cross a gap quickly and easily.

It bears saying that Fortnite is a game of almost limitless strategy. Knowing where to find the best weapons and being the fastest gun on the island is one way to win, but being a master builder is another. It's easy to see why this game has become so popular in such a short amount of time.

The Price of Mobility

Yes, Fortnite is a very fun game, provided you play it on the big screen. However, it's left sorely wanting on the mobile phone. The touchscreen controls are serviceable, but they just don't have the fluidity or responsiveness that a gamepad or keyboard can afford you. The buttons also clutter up the screen, and the fact your fingers are always in the way will reduce your visibility even more.

Speaking of visibility, the app's graphics also took a massive hit. On a decent gaming rig, Fortnite's colorful palette and cartoony visuals make it easy on the eyes. As a mobile game, it's just ugly. Muddy textures and an overall lack of detail make the whole thing look like an unfinished project still in the alpha phase of development. It doesn't help that the draw distance was severely reduced, meaning that you'll be seeing a whole lot of empty space. Worse than that, chances are you won't even see distant players.

This all makes Epic's decision to add a crossplay feature all the more baffling. While props should be given to them for allowing mobile gamers to play alongside their console and PC brethren, the simple fact of the matter is that they're at too great a disadvantage to have a chance at winning. Unless you don't mind being target practice, stick with your fellow mobile gamers.

Conclusion: You Can Do Better

Epic Games deserves some praise for doing everything they could to bring the full battle royale experience to mobile gamers. Unfortunately, everything about it only serves as a stark reminder that you're using an inferior product. If you want to play Fortnite, get it for your PC or console of choice. Only play the mobile version if it's the only thing you have. 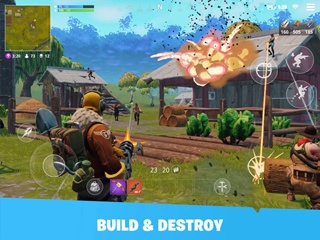 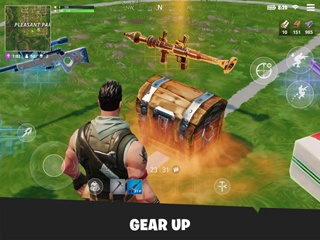