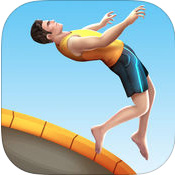 Ready to jump on a trampoline and do some flips? I hope so, because that's pretty much all Flip Master is. Fortunately that simplicity still ends up being quite a bit of fun.

As with any good 'simple' game, playing it is the easy part but playing it WELL is where things get tricky.

I knew Flip Master was going to be a simple game, but I didn't expect to find myself playing so much of it. This is a solid waste of time. I mean that in the best possible way.

The entire point of Flip Master is to bounce on a trampoline and do flips in the air. You can earn coins either by consistently landing well or grabbing them out of the air, too. But yeah, it's a very simple game where all you really have to do is tap and hold on the screen, then release at the right moment. Easy. On paper, anyway.

You're going to fail. A lot. It's one of those types of games. Simple though it may be to control, you need to be fairly on point with your timing in order to make the most of each attempt (and to grab things out of the air with any sort of accuracy). In fact I still have trouble landing properly when doing the regular somersault roll. Actually landing a jump well does feel pretty satisfying, though. And you can even get a bigger bounce if you're willing to risk waiting to untuck until your jumper is just about to hit the trampoline, giving you a sort of risk/reward mechanic but not really. This is also the type of game that encourages repeated plays and as such it's really quick to get back to the jumping.

Well, it's mostly quick. Sometimes ads will pop-up (I mean it IS a free game), and those can get a bit annoying. Though they don't appear after every single attempt, thank goodness. And honestly, even with the occasionally irksome interruption it's still really easy to get caught up in that 'just one more try' mindset. Maybe there's a balloon floating just out of reach (these appear every so often and contain around 20-ish coins) that you just HAVE to grab. Maybe you want to earn just a few more coins. Truth be told there are several ways that this game can get its claws into you.

That addictiveness is due to the easy of play and the equivocal ease of continuing, yes, but it's also because you can unlock all sorts of goodies. See, those coins I mentioned before can be used to buy a spin from a cartoony little prize machine, which can yield things like new trampolines to jump on (with slightly different quirks such as higher jump heights), new characters, power-ups, or even new types of flips. Coins can also be used to train your jumpers to improve things like their spin speed or make landing properly a little easier. There's also cosmetic stuff if you're into that.

Flip Master is the right kind of simple mobile game. It's really easy to control, difficult enough to keep you focused, and dangles that metaphorical carrot just close enough to keep you coming back for more. The ads can get a little annoying, but they're not so frequent that they make me want to quit. 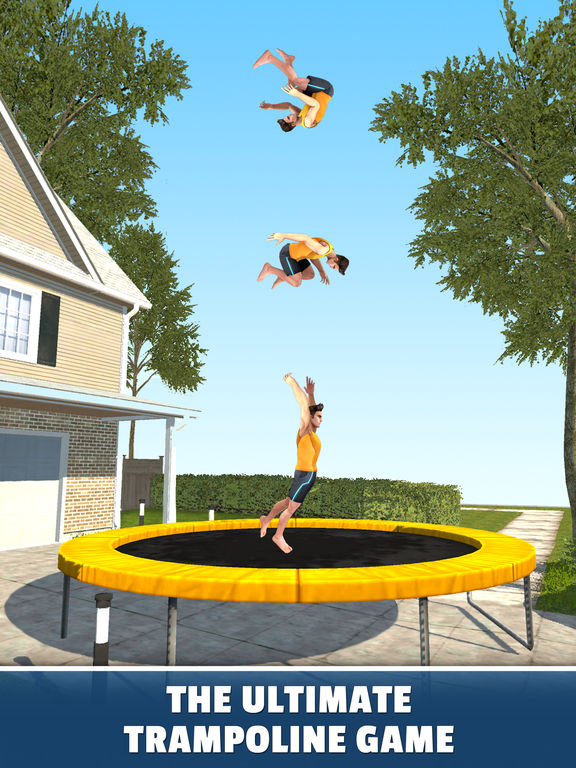 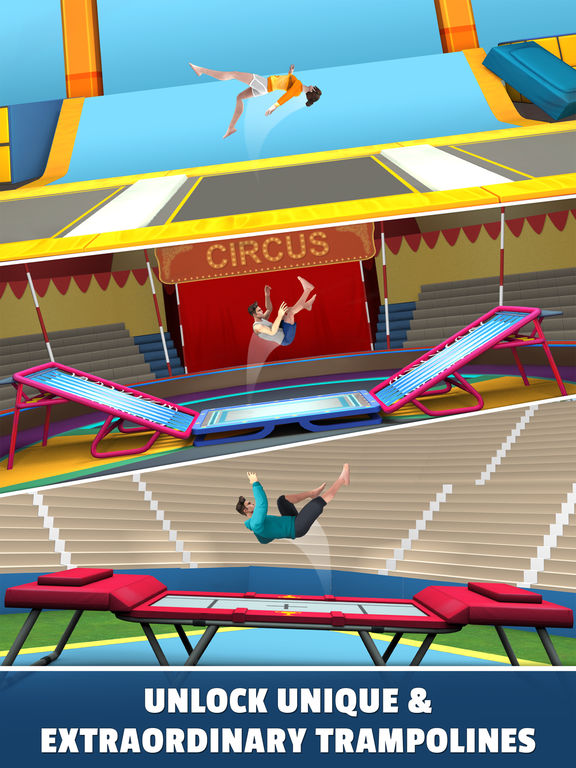