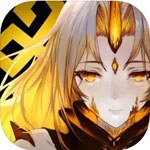 The battle across time begins!

The popular strategy RPG Fire Emblem series from Nintendo, which has been around for more than 30 years, is still going strong on mobile platforms.

Fight battles designed for play on mobile devices and touch screens. Bring in characters from all throughout the Fire Emblem world. Increase the abilities of your Heroes to new heights. This is your journey. A Fire Emblem unlike any other you've played before!

Downloading this software is completely free, although there are some in app purchases available.

The game has an ongoing, original plot that brings together numerous heroes from the Fire Emblem canon with brand new characters. As of August 2022, there are more than 1,800 story stages accessible! You can summon Heroes by using the orbs you receive for completing these story stages.

With maps that fit in the palm of your hand, participate in tactical turn based combat designed for on the go play! As you fight, you'll need to carefully consider the benefits and drawbacks of each Hero's weapon as well as assess the map itself. With simple touch and drag controls, you can command your army and launch an attack by swiping an ally over an adversary.

New to tactical turn based combat? Not to worry! To have your characters engage in autonomous combat, select the Auto Battle option.

There are a variety of methods, including leveling, talents, weapons, equippable items, and more, for bolstering your companions. As you fight for victory, raise your characters to ever higher levels.

In addition to the main tale, there are numerous more game types that let you improve your companions, engage in rivalry with other players, and do much more.

Numerous Fire Emblem series Hero characters as well as brand new ones made by artists Yusuke Kozaki, Shigeki Maeshima, and Yoshiku are included in the game. Some Heroes will battle beside you as comrades, while others can get in your way as formidable foes that must be vanquished before they can join your army. 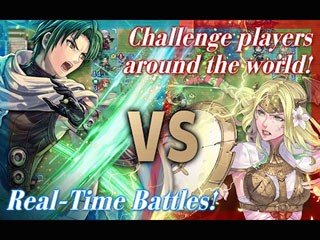 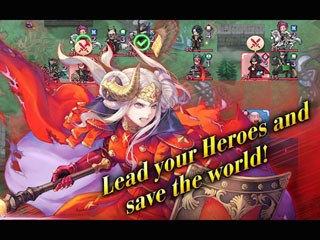