Erect Your Fortress, Train Your Soldiers, and Fight the Dark Lord. 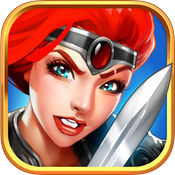 The Dark Lord is Coming

The land is in chaos. Bandits prey upon travelers, monsters roam the countryside, and the Dark Lord looms ominously from his throne, seeking the Stones of power that were stolen from him. Only you and your stalwart companions can stem the tide, but are you really up to it? The Dark Lord's legions are vast, and it will take a strategic mind, a disciplined army, and keen puzzle-solving skills to send them back to the void.

No hero has ever achieved victory without an army at his back. If you wish to challenge the Dark Lord, you must amass a fighting force like no other.

Empires & Puzzles boasts a unique battle system that combines tactical RPG combat with mind-breaking match-three gameplay. Use your wits to outsmart and conquer your enemy.

Empires & Puzzles is a game like no other, blending the RPG genre with strategic base management and match-three gameplay so seamlessly together, it's a wonder it hasn't been done before. If you need a new way to hone your tactical mind, then look no further with Empires & Puzzles!

Castles and Match-Threes and Heroes, Oh My!

There are two ways to innovate. You can either come up with something original, or you can try to combine multiple ideas and see how they roll together. Small Giant Games clearly went for the latter when they made Empires & Puzzles, which mixes no less than three different genres in a single app: role-playing game, match-three puzzler and city builder. The results are predictable in some ways, and it could use some fine-tuning here and there, but overall, the product is actually pretty good.

Where do we begin in describing Empires & Puzzles? Boiled down to its absolute basics, you could say that it's an RPG where combat is abstracted through a match-three game. You have a bunch of heroes who level up over time, and you fight monsters by grouping matching shields together. Every successful match results in the heroes launching an attack on the monsters, with the placement of the match determining which enemies get hit. Heroes and enemies trade blows and the fight ends when everyone on one side is defeated.

The matching contains all the usual elements. Grouping four or more shields together forms a special gem with explosive effects that can really wrack up the pain, and forming combination matches is a must if you want to get through the tougher fights. However, there's a lot more RPG goodness to be had here. For one thing, each type of shield represents a different element like fire, ice, light and dark. Enemies are typically strong against some and weak to others, so you'll really want to find and exploit those vulnerabilities whenever you can.

Then there's the fact that heroes come equipped with special abilities that can really turn the tide of battle. Some have an attack that hits multiple foes at once, some can poison enemies, some can heal allies, and so on. The same applies to enemies as well; they can hit your guys with some hard-hitting attacks, weaken them with status effects, or bolster their own defenses. Getting through Empires & Puzzles in one piece is going to be a matter of assembling a solid team of characters that can counter everything thrown at them.

The matching may sound complicated, but it really isn't. By itself, it's a far cry from more devoted match-three games, having none of the strategy found in Candy Crush or the fast pace of Bejeweled Blitz. Fortunately, it's only one part of the picture.

The team-building portion of the game helps to give it a strategic layer. There are a ton of heroes to recruit, and they operate on a level similar to a card game. You acquire a "deck" of them over time through various means, and assemble a "hand" that you bring into battle. Getting duplicates is possible, but that's not a bad thing in and of itself, for empowering one hero requires you to sacrifice several others.

As stated before, heroes have different abilities, but they also have different elemental affinities. Fail to bring in a yellow hero, and your yellow match-ups won't cause any damage whatsoever. Therefore, it's important to cover your bases.

On that note, kudos needs to be given to the designs of the heroes. They've all got these wildly distinctive appearances to cover just about every fantasy archetype you can think of, covering a variety of dastardly ruffians, stuck-up mages, veteran soldiers, and cutthroat assassins. In fact, the art direction of Empires & Puzzles is strong all around, with the monsters you fight looking so amazingly colorful and cool, you'll almost regret killing them. The soundtrack is solid as well. Intense music plays in the heat of battle, while a slow tune that's equal parts sweeping and melancholy accompanies the view of your map. Make absolutely sure to play the app with the sound on if you can.

A Castle in the Swamp

Tying the whole package up is a castle that plays like your usual base management sim. It's here where you can summon new heroes, train new troops, produce items, and generate resources needed to do just about anything. Like all games of this stripe, everything takes time to happen.

This is undoubtedly the weakest part of the game, considering it's just the usual tap-and-wait "gameplay" that these apps are known for. Fortunately, you can always go out and do something like fight monsters while the timer runs down. However, the game comes packaged with an energy meter that depletes every time you fight a battle. It regenerates pretty fast, so you're not likely to run dry, but with all the timers you have to put up with in the castle, it feels completely unnecessary. There are enough limitations on how long you can play; the app doesn't need any more!

Conclusion: An Adventure Worth Undertaking

All the different parts of Empires & Puzzles may seem shallow when compared to other games, but the way they feed into one another makes all the difference. Putting together a team of heroes, bringing them to their full potential, and engaging in fight after fight with the always addictive match-three gameplay is such a joy, you'll barely even notice the slower parts. Definitely give this app a go. 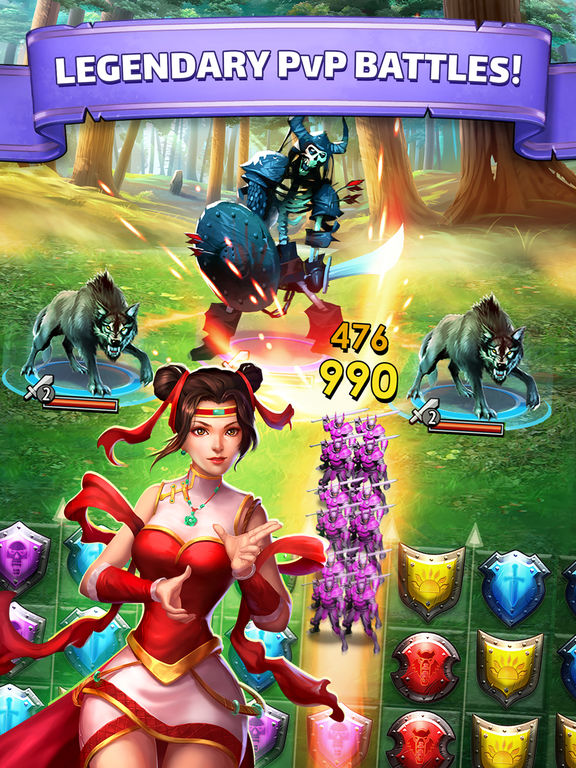 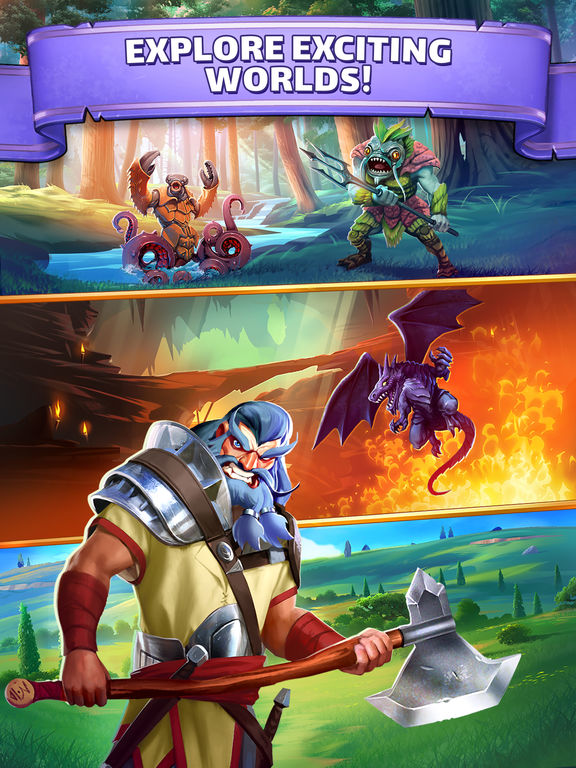