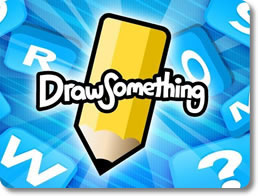 Outwit, Outguess and Outdraw Your Opponent in a Battle of Artistry!

A New Way to Challenge Other Players

In the old days, when someone offended your honor, it was customary to challenge them to a duel. Such matters could be handled in any number of ways; with foil sabers, pistols at dawn, or just plain old fisticuffs. With the computer games of today, we now have less health-adverse methods of challenging people in the ring of honor. In a shooter, we can gun down virtual representations of opposing players with virtual bullets. In a racing game, we make them eat our dust on a digitized race track.

In Draw Something Free, you can now prove your superiority over your opponent by drawing better than him or her! With the mobile device of your choice, you can just as easily engage in a duel of artistry online.

Are you familiar with the old family game of Charades? Draw Something operates under a similar principle. The biggest difference is that instead of watching the other player’s behavior, you’ll instead try to guess his or her intent by looking at the pictures they draw for you. In Draw Something, the stylus is genuinely mightier than the sword.

When it comes to figuring out just what exactly your partner is trying to convey through his or her artwork, you don’t just need to rely on your eyes. There are plenty of things available in Draw Something that can make your guesswork a little bit easier.

The game is not called Draw Something Free for nothing. Although it was originally released on the App Store for a price, you have the option to play this version for absolutely no extra cost. All the words are available, all the paint colors are for sale, and you’ll even start out with five free bombs to boot!

If you’re looking for an original online game that fits your tablet like a glove or you happen to have a knack for drawing, sketching or just plain doodling, then Draw Something Free should definitely warrant your attention. It’s both a fun game to play and a powerful tool for aspiring digital artists who can’t just stay in one place for too long. 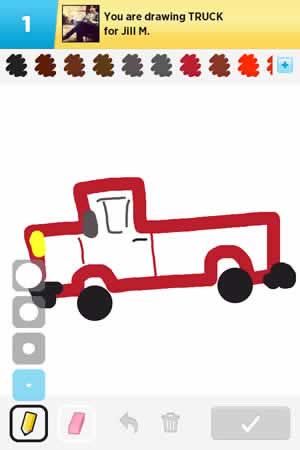 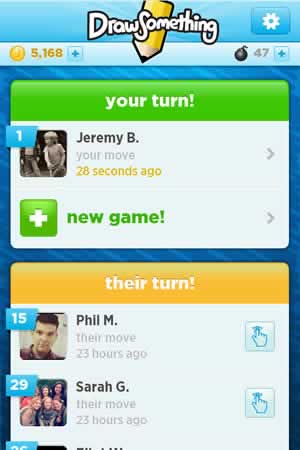