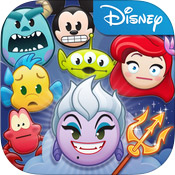 Disney Emoji Blitz makes for some simple and adorable entertainment!

Disney Emoji Blitz is, in short, another match-3 puzzle game. Only this time you get to line up the adorable little caricatures of recognizable Disney icons instead of colored gemstones. Not a bad idea, really.

New characters can be earned, each with their own special abilities. They can also level-up to boost their point values. Clearing out large groups will create power-ups, etc. It's mostly par for the course.

Preparation can actually make a big difference. Different character abilities will be useful in different situations, but the key is to find what works for you.

Each game of Disney Emoji Blitz is on a timer, so you'll need to work fast. That doesn't mean you can't also work smart, though.

Disney Emoji Blitz not the sort of game that will win over those sho don't like the genre or anyone who might be burned out on matching triplicates, but it's fun enough when taken at face (pun sort of intended) value. There are lots of characters to unlock and collect, plenty of high scores to chase, and it's fun, for lack of a fancier descriptor.

Give a Little Whistle

It's unlikely that there are any strangers to match-3 puzzle games at this point, but match-3 emoji puzzle games? Well, probably not that, either. Still, Disney Emoji Blitz takes a familiar formula and adds the adorable little smiley faces of iconic characters from over 90 years' worth of animation.

Super cute faces aside, there's not much else to Disney Emoji Blitz that will help it stand out. Then again, maybe that's enough.

While matching three of a thing is anything but new at this point, Disney might be on to something with this whole 'turn memorable characters into adorable icons' thing. Any fan of the studio will likely find a familiar face or two to squee over. And the best part is that their expressions actually change as you play. They smile most of the way through, pull off huge grins when the point-boosting Blitz Mode is activated, and even start to look sad once the timer gets close to zero. It's freaking adorable.

Time is actually a very important factor, and it goes a long way towards keeping things engaging despite their familiarity. You only have so many seconds to score as many points as possible, so you need to work fast. Fortunately there are plenty of flashy bits of on-screen feedback to spruce things up a bit as you tear through each game. Colors burst out of everything, sparkles fall like rain, and so on. It's downright pavlovian.

The unfortunate thing is that, while Disney Emoji Blitz is certainly adorable, nothing about it feels new. It looks unique enough, but it plays like half (or more) of the other match-3 puzzle games that have been on the market for quite some time now. The timer is nice but it's been done. Unlockable matching pieces are cool, but they're not new either.

Really it's just another match-3 game. Only it's adorable and will probably tickle your nostalgia gland. Of course that may be enough, honestly. Especially if you haven't gotten burned out on these types of puzzle games yet.

Honestly though, it's hard to hate on Disney Emoji Blitz. Sure it's not blowing the lid off of match-3 puzzle games, but it doesn't really need to. It's a fun, familiar, and satisfying thing to play when you aren't sure what else to do with yourself. It's also extremely cute, which could give it an edge depending on your puzzle preferences. 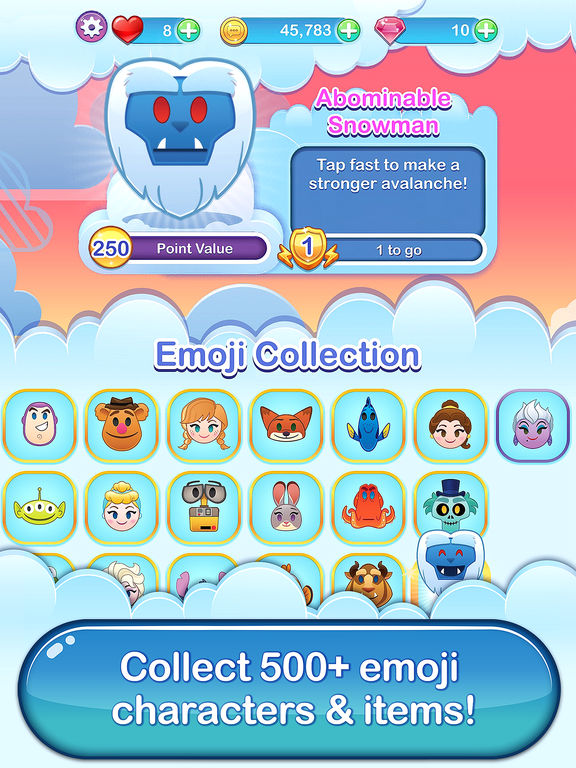 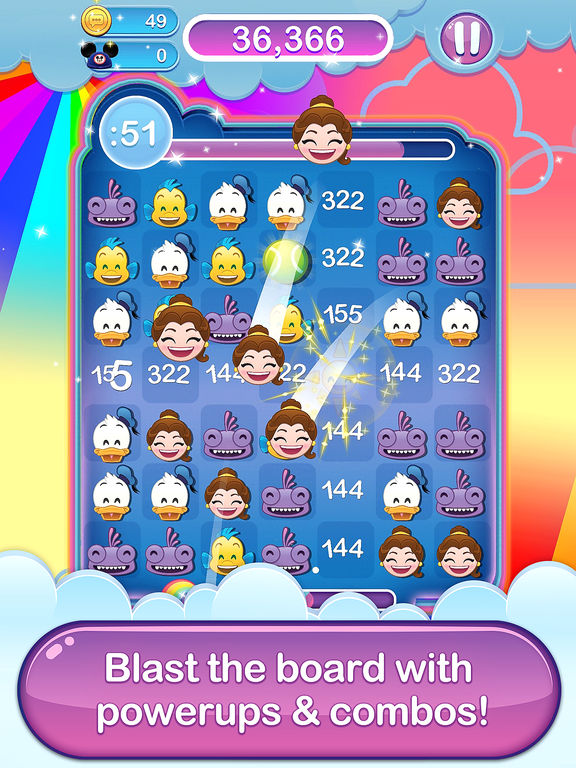