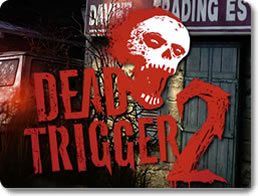 Fight the Zombie Apocalypse with the Biggest and Baddest Guns Ever Built!

Those zombies will never stop until every breathing human in the world is dead or like them. If there's ever going to be any hope for a tomorrow, then you must kill every last one of them. The zombies may be numerous, but you've got two things they'll never have: smarts and a lot of guns!

Kick in the door guns blazing all over again with Dead Trigger 2. Pick up your favorite firearms, rig up some explosives, and go to town on the hordes of butt-ugly zombies that are running rampant all over your world. Whether they're big, small, slow or fast, all of them need to die in the most gruesome manner possible. Go hog wild. When it comes to portable first-person shooter action, absolutely nothing can stand against the might of Dead Trigger 2!

Jump into the Carnage

If you weren't around for the first Dead Trigger, then here's what you need to know about the sequel. The world is overrun with zombies. The only thing between you and certain death is a lot of ammo and twitchy trigger finger. Don't be fooled into thinking this is just a zombie-themed shooting range; Dead Trigger 2 is a bonafide first-person shooter, and it's available on mobile devices for free.

Think you're in for another plotless shooter? Think again! Dead Trigger 2 lets you take part in an action-packed tale where you and a select group of people will save the world.

You Can Never Have Too Many Guns

You want guns? You'll get lots of them in Dead Trigger 2. No other zombie game can boast the sheer amount of firepower you'll be packing in this apocalypse.

Dead Trigger 2 is the end-all be-all zombie shooter for iOS and Android systems. It has amazing visuals that push the boundaries of mobile technology, fantastic levels to explore, hundreds of zombies to kill, and plenty of ways to smoke them. Anybody who's yearning for a fast-paced mobile action game that wouldn't be out of place on a PC or console needs to get Dead Trigger 2 right away. You will not regret it. 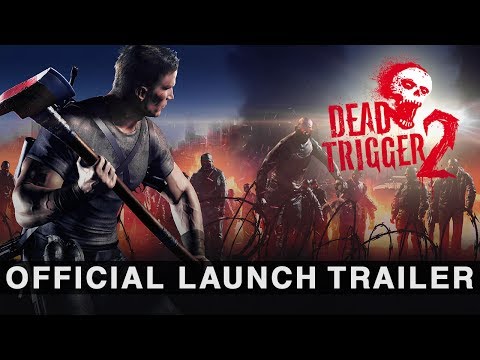 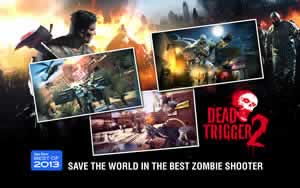 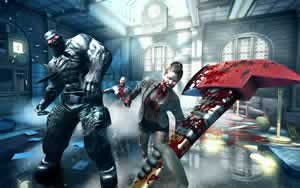