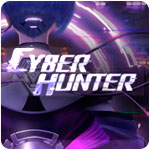 This is our favourite battle royale game on mobile

It's hard to believe that until a couple of years ago battle royale was a relatively niche genre of multiplayer shooter.

Now everything has changed on that front, and Cyber Hunter - from Chinese developer NetEase - is looking to be the next big hit in the genre. This massive 6x6km shooter is shaping up to be the most fully featured, inventive battle royale game on mobile so far.

As you'd expect, it sees you parachuting into a giant sandbox map, armed to the teeth, in a bloody bid to become the last person standing - or at least a member of the last team standing.

Among other things you can climb walls, glide, swim, drive, and destroy buildings and other structures.

Your impressive range of movement means the combat is truly three dimensional. You can attack, or be attacked, from above and below as well as in the more traditional fashion of head-on.

Meanwhile many of the vehicles you find can take multiple forms, changing from a car into a plane, or even a mech. Yikes.

As well as weapons, you need to collect quantum cube energy, a hugely important resource that allows you to do lots of cool stuff, such as enhancing individual skills to give you an advantage in battle.

Along with quantum droids, quantum cube energy actually enables you to build things, which is where Cyber Hunter really sets itself apart. You can hastily construct a fortress to cower in, for example, or a watchtower to get a better view of the terrain and your enemy's position.

Plus, you can make a drone for reconnaissance, giving you a massive battlefield advantage over your less resourceful foes.

The standard weapon types are all present and correct, but you can make ingenious modifications, converting your grenade launcher into a custom building demolishing device, for instance, or bestowing your shotgun with healing properties. Just don't try that one at home.

You can customise your character massively too. From the big (eyes, face, makeup and hair) to the minor (the colour of pupils, as well as the makeup of eyebrows, lips, and hairs). You've also got a range of Outfits, personalized moves, and weapon and vehicle paints to choose from as well.

Cyber Hunter isn't out just yet, but you can still check out the open beta 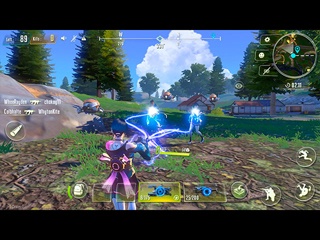 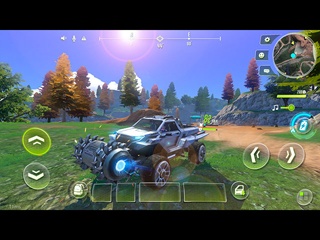