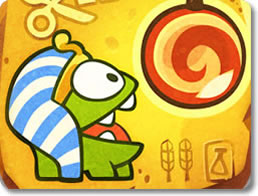 Travel Backward and Forward Through Time, Feeding Om Nom and His Ancestors.

Feed Your Monster Across Time

If getting an anonymous package containing an adorable monster with a sweet tooth like Om Nom wasn't strange enough, wait until you get a load of this. An advanced box-shaped machine suddenly appeared out of thin air and dragged both you and Om Nom back into the past! Who would have thought you'd get your own time machine?

Now you can feed Om Nom in a variety of more daring physics puzzles. Cut the ropes, swing the candy into the air, and use of all sorts of crazy Rube Goldberg devices to get those sugary treats into your eager pet's maw. There's just one big difference to take into account. You're not just feeding Om Nom anymore; you now have to feed every one of his ancestors as well!

More of What You Love

Since you're traveling all across time, you won't just feed Om Nom. You'll encounter all of his ancestors as well, who are every bit as hungry and adorable as the little guy. You'll have to feed them alongside your little pet in every level before you can reach the next one. It's double the cuteness and double the challenge! Some of the characters you're sure to meet include:

Reach for the Stars

As usual, feeding Om Nom is only half the game. If you want to prove that you're a rope-cutting master, then you won't stop until you get all the stars that have been scattered to the four winds in each level.

Are You Ready to Take a Trip through Time?

Cut the Rope: Time Travel doubles the series' ante by literally doubling the number of mouths you have to feed. Feeding two Om Noms adds a whole new level of challenge to the already brain-bending gameplay. Besides that, the puzzles are just as fun as ever, the controls are still intuitive, the new powers and gadgets are amusing, and the game still feels like a physical toy to operate, rather than a digital game to play.

If you loved any of the previous Cut the Rope games, then you should already be scheduled for a little Time Travel. 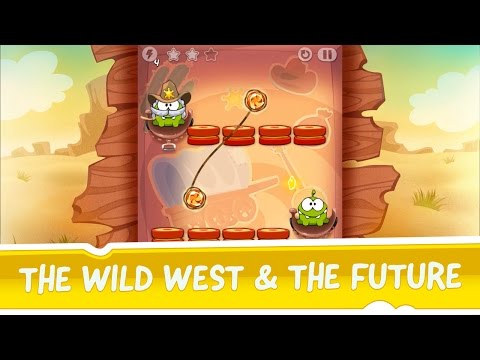 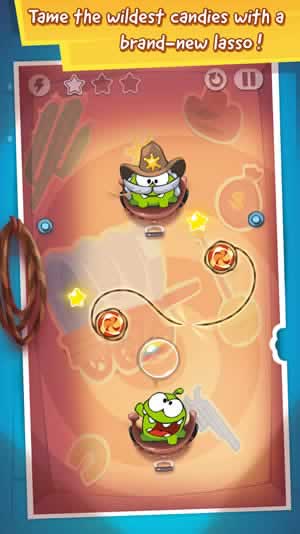 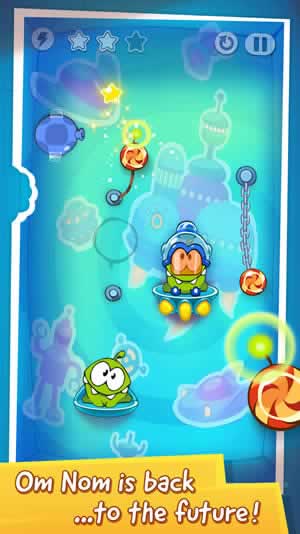