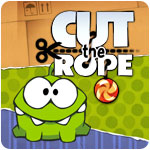 Cut Ropes Quickly and Sequentially to Maneuver Candy into the Monster's Mouth!

Om Nom the monster would like a snack. He has a particular craving for sweets that would make a dentist blush if he were human. Unfortunately, he can’t get the goods alone! Candy is often left hanging in the air by a complex series of ropes. No matter how hard Om Nom tries, he just can’t reach them. That is where you come in. You must redirect the candy to where the little monster is perched and satisfy his sweet tooth once and for all. However, you must be precise; Om Nom won’t eat candy that has fallen on the dirty floor and he’s not the only one looking out for some sugary goodness. How can you help him? You must do what the title demands you to do. You must cut the rope!

The Most Unusual Puzzler You Ever Laid Eyes On

Cut the Rope is one of those strange little titles that has to be seen to be believed. It’s a physics-based puzzle game with a very simple objective; in every level, you must guide a stray piece of candy into the waiting jaws of your new pet monster, Om Nom. This is accomplished by cutting the ropes that bind the sweet and carefully maneuvering it to the monster without letting it touch the ground. It doesn’t matter how it gets there. Swing, drop, throw, blow or float it to Om Nom; he’ll eat it all the same. Along the way, every level includes a variety of tools you can employ that can make both your life and Om Nom’s much better.

It’s Not As Easy As You Think

Nothing worth having is ever easy to get. That goes for candy as well. Besides gravity, there are all kinds of obstacles that threaten to get between Om Nom and his beloved confection.

Cut the Rope has it all. It has both an original premise and incredibly innovative gameplay. It eases you into the rhythm of things and steadily increases the challenge to present you with some of the most creative brain-benders out there. It never feels repetitive because every level throws new features at you. It has some incredibly intuitive controls that take advantage of touch-screen technology. Most of all, it packs a lot of charm as well. All the characters, from the candy-loving spiders to Om Nom himself, are just too adorable for words! You’ll be amazed at how expressive they can be on such a small screen. Needless to say, if you have any sort of mobile device, like a smartphone or a tablet computer, you need to get Cut the Rope. It’s by far one of the most definitive mobile games out there. 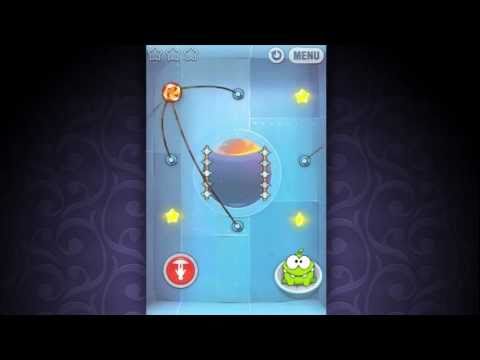 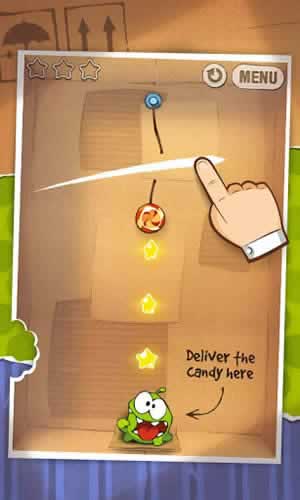 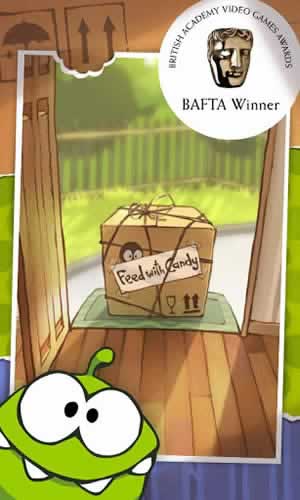