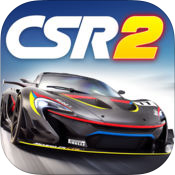 Customize Your Vehicle and Tear Up the Streets with this Fast-Paced Racer!

Nobody Here but Us Drag Racers

The lights may go out at night, but the city of CSR Racing 2 never sleeps. The underground racing scene is just as intense as it has always been, if not more, and many new contenders are rising up to challenge the champions. Will you be among them? Do you think you have the skills needed to climb to the top even while you scrape at the bottom with your pathetic little sedan? There's only one way to find out.

Pedal to the Metal

The drivers are fierce and the engines are hungry in CSR Racing 2. Only the best can make it through these mean streets, so when you get behind the wheel, be sure to bring only your best.

Trick Out Your Ride

Having a car is all fine and dandy, but anyone who wants to make a name for him or herself on these streets needs more than a fresh set of wheels off the assembly line. The best racers have tuned their rides up to levels beyond imagination, so you must do the same if you want to stay in the competition.

Feed Them Your Dust

CSR Racing 2 gives you the keys to both the ignition and the garage. You can take any car you like, any make and model, customize and tune it to your heart's content, then give it a spin on the nearest street against the hungriest contender you can find. If you do well, then you can make your ride even better and take it to new heights against even more skilled racers. If that sounds exhilarating, then download CSR Racing 2 right this very minute and get ready to burn rubber on the asphalt.

Back on the Streets

The law might forbid it, the steep prices make it hard to get in, and the gangs that dominate the streets are not welcoming to the new meat, but you can't keep a drag racer down. At least that's what NaturalMotion Games thinks now that they've released the long-awaited sequel to the runaway success that was CSR Racing. That game took all the trappings of the racing genre, boiled it down to a simplified model, and wrapped it up in a mobile racing app that oozed style.

How does the sequel compare? 'If it ain't broke, don't fix it,' would appear to be NaturalMotion's motto, because CSR Racing 2 is by and large the same game. It makes improvements here and there, but it still has the same formula, the same mechanics, and unfortunately, many of the same problems. If you didn't enjoy the first game, turn away now. There's nothing for you here. As for old fans and newcomers looking for the next big thing, keep reading.

CSR Racing 2 looks fantastic. Everything else about the game may be subjective, but the visuals are the one point that everyone can agree on. The backgrounds are expansive and detailed, which is impressive when you take into account how they're reduced to a blur most of the time, and the 2D designs of the characters during scenes of dialogue look equally gritty and glamorous, which fits the underground street racing scene the app is emulating.

However, the real stars of the show are the cars themselves. They're sleek, they're shiny and they're comparable to how cars look on bigger screen games. There are a lot of them too; over the course of your career, you'll be able to fill your garage up with a lot of real vehicles under nearly every name brand you can think of, from Toyota to Ferrari. If you're a car enthusiast, there's no doubt that you're going to be at home with this app.

Infinite Styles to Choose From

The cars may look good out the gate, but CSR Racing 2 also gives you ample opportunity to make them look even better. For a nominal fee of in-game cash, you can alter the paint job of your ride. The options you have are positively staggering. The app has colors under a number of styles, including bright pastel shades, shiny metal hues, and neutral military tones. By fiddling around with the livery, you can also add some stylish racing stripes, or deck your car out in your favorite camouflage patterns.

If that wasn't enough, you're also free to adjust the more minute details to your vehicle, including the interior coloration and the calipers on the wheels. CSR Racing even lets you make your own custom plate. It may seem excessive, but it's nevertheless fun just how far you can go personalizing the vehicles you acquire.

However, if all you wanted was a car that looked good, you'd take up assembling and painting models instead. In CSR Racing 2, performance is king, and there are thankfully plenty of ways to control that. You can upgrade your car in a variety of areas, including its body, its engine, its transmission, and its tires, all of which affect the machine's weight, its chance of spinning out, its acceleration, the rate it takes to switch gears, and its top speed.

Upgrading a car is a pretty straightforward affair, but if you really want to get down and dirty, then the app lets you pop open the hood and tune its attributes to your exact specifications. Tuning is a process where you sacrifice your car's performance in one area and improve it in another. For instance, you can add more air to your tires to improve their traction and keep them grounded to the road at high speeds, but doing so will make it longer for your car to actually reach those high speeds in the first place. There's a lot to be done with tuning, and you can potentially save yourself a lot of money just by adjusting your vehicle's statistics for every race, though this does mean there will be a lot of trial and error involved.

In the end, as fun as painting your ride and tweaking its parts can be, it's the racing that will make or break the app for most people. This game is no driving sim; there's no steering, there's no braking, there's no slamming down on the gas, and there's no crashing to be had or avoided. Driving in CSR Racing 2 is all a matter of getting a good start-up and shifting your gears at the right time.

On one hand, this system is ideal for mobile platforms. Proper driving games work best with actual physical controls, and the model CSR Racing 2 goes for takes full advantage of the game's touchscreen interface to deliver something that anyone can pick up and play easily. One the other hand, it doesn't make for a particularly engaging racer. A lot of the fun in driving games is had from feeling how your ride moves when you're behind the wheel, and this goes double for when its performance is as customizable as it is here. CSR Racing's mechanics make the actual racing too abstract to enjoy to its full potential.

Even so, the sequel does make some notable improvements over its predecessor. The first game used a rather odd system of lights to inform you when it was time to shift gears, which honestly didn't make much sense and only confused matters. CSR Racing 2 ditches that completely and replaces it with a far more intuitive tachometer. It's easier than ever to get the perfect shift in this game, and while it won't change your mind about the basic formula, it will make it less frustrating.

The lack of interactivity in the racing only tends to aggravate some of the app's other problems. For one thing, it's very repetitive. The goal of the game is to work your way up the underground racing circuit, challenging rival crews and winning money to buy new cars and upgrades. Unfortunately, every race feels the same, and when you come up against an opponent who reaches the finish line before you've had a chance to shift gears once, no amount of tuning is going to help you. Car statistics play a larger role than player skill, so when you hit a wall, your only option is to grind easier races for cash. If that's not a problem for you, then the energy meter will be. Grinding is no fun, but padding it out because of some arbitrary limits only makes it worse.

Conclusion: Take It or Leave It

CSR Racing 2 is okay for what it is. Fans of the first game should love it, while newcomers should tread carefully. If you want to amass a vast collection of high-performance vehicles, tweak their stats, and make them look cool, then you'll find a lot to enjoy from this app. However, if you want to get an adrenaline high racing them, you might be left wanting. 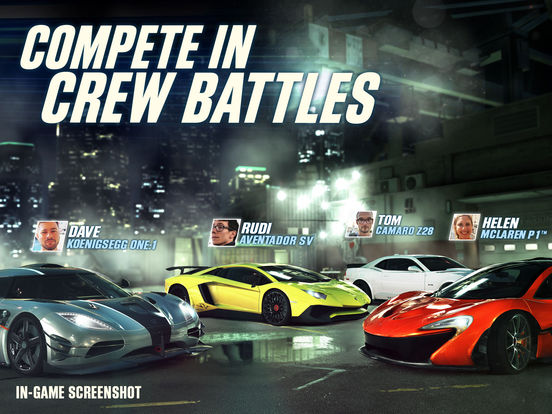 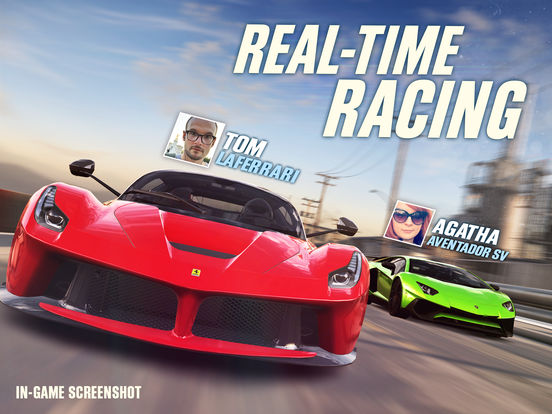