Still More of the Same 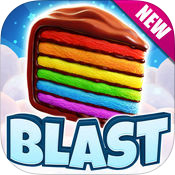 Get to Know the Muffin Man

So here we are. Another week, another match-3 puzzle game. This time it's Cookie Jam Blast, which is themed after baked goods and sort of a pseudo Candy Land. Well okay then.

We're pretty much just retreading old ground here but for the sake of thoroughness let's run through the basics.

The Same as it Ever Was

If you've played any other recent match-3 mobile games, chances are you'll know exactly what to expect - down to every last mechanical detail - from Cooke Jam Blast. That's okay, I guess, unless you're sick of seeing the same formula being used over and over again.

I'm usually a staunch defender of the virtues of mobile gaming but my goodness are all these cookie-cutter (no pun intended) match-3 games making that difficult! Seriously, Cookie Jam Blast is the third game in a month that I've played/reviewed that follows the exact same match-3 formula. I guess that's technically not bad because the framework is entertaining enough, but it's tough not to feel burned out with all these dopplegangers floating around.

Right, so, the complimentary stuff first. Cookie Jam Blast is extremely pretty. Well, parts of it are. The basic candy bits and whatnot are all just sort of standard fare, but I can't deny those backgrounds. The gumdrop-y Candy Land-like subject matter isn't really my think but I can definitely appreciate the technical artistry behind this stuff. It's all very vibrant and a bit more detailed than I would've expected.

The underlying game itself isn't bad, either. It's just as entertaining as previous match-3 games because, well, it's the same thing. Of course that won't matter much to anyone who's already familiar with most other match-3s. My point is, if you're still hungry for these types of puzzle games, or if you haven't played many of them before, this is as good a place as any to dive in.

Of course the flipside to that is how Cookie Jam Blast is just like most other match-3 games. It's all the same but with baked goods. The same power-up creation based on the number of bits you match and in what orientation; the same types of power-ups; the same single-use items that can be bought for real money; the same extra puzzle-y bits like clearing groups next to specific blocks (i.e. chocolate) to break them.

About the only thing here that doesn't feel like I've seen it a hundred times is the Kitchen. The Kitchen is where you can use miscellaneous baking items to create/bake goodies that functionally do nothing. But if you bake enough of them you can earn bonus items and sometimes even premium currency. In practice it's just a matter of picking a thing from a menu (if you have enough ingredients) and waiting for a timer to count down. So while it's arguably sort of a not done-to-death thing it's also not exactly compelling.

Been There, Done That, Again

I suppose it could be worse. I've played other match-3 games recently that I've enjoyed less. Okay yeah they're still the same game, but presentation does matter and Cookie Jam Blast certainly one-ups the last copycat I played in that regard. I guess I'd have to say that if you're tired of match-3s you should probably steer clear. Otherwise there's no harm in giving it a look. 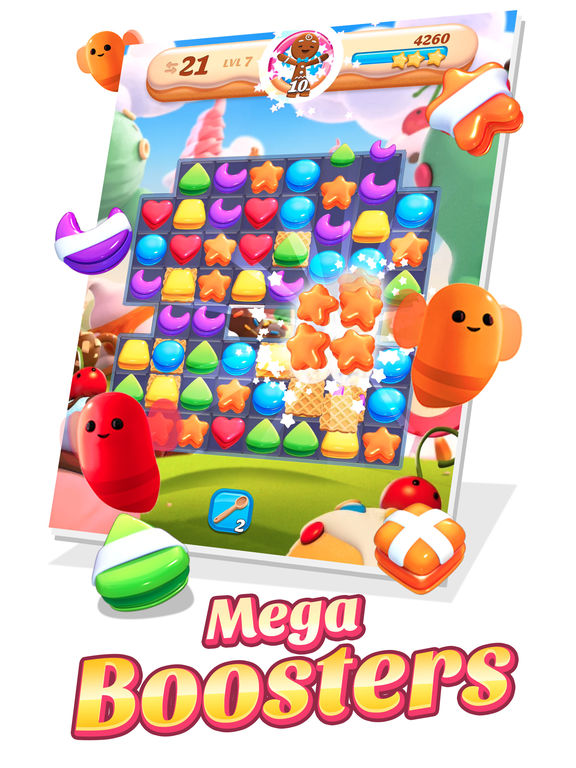 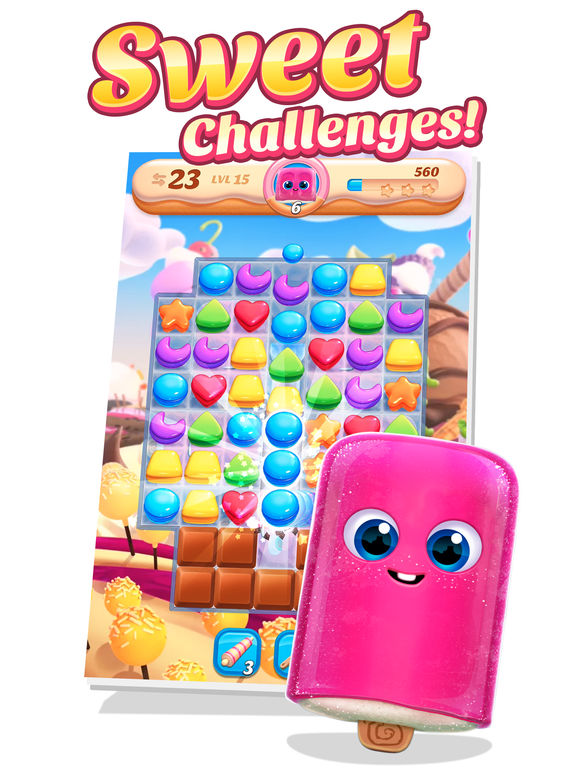