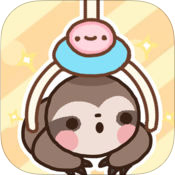 Make Friends with the Most Adorable Claw Crane Imaginable!

What's a Living Claw to Do?

There's nothing lonelier than a claw crane. All you can do is hang in the air and watch over the masses of stuffed toys and dolls below. Fortunately, it doesn't have to stay that way. With Clawbert, you will help the eponymous claw crane finally make friends simply by doing what he was built for: grabbing things!

A Game of Cranes

Clawbert couldn't be simpler to pick up. Just snatch as many eggs as you can before time runs out. With luck, you'll make a few new friends by the time the machine refills.

Let It Take Hold of You

Clawbert is a cute and charming app that lets you take the joy of a classic crane game everywhere you go. If you're a rabid collector who just has to have it all, then get your hands on this little grasper today and don't ever let go!

A Crane Game in Your Pocket

If there was ever a game responsible for bringing more smiles of delight or tears of sorrow to children than the claw crane game, then I don't want to hear of it. The promise of getting a new plushy companion for yourself or a little one for only a few coins is a tempting offer. Your heart drops as the claw descends and you wonder if it was able to grip anything, it sings for joy when it rises with your prize in its grasp, and it crumbles to dust when the only thing it snatches is air. That seems to be what Hyperbeard was trying to go for with Clawbert, a mobile and very simplified digital simulation of the crane game. The good news is that it's free in terms of monetary needs and frustration. The bad news is that it's also free in just about everything else needed to make a good game.

Possibly the Most Adorable App Ever

Unlike the crane games you'll find in the stores and arcades, Clawbert has something of a story. A living claw named Clawbert is lonely, so he decides to catch himself some friends. That's really all there is to it, and since the app doesn't really have a plot otherwise, it's a mystery why they bothered with this premise in the first place. It's really more there for whimsy than anything else.

In fact, whimsy really is the driving force behind Clawbert. The game boasts an art style that's a bit reminiscent to cartoons like "Adventure Time," with thick lines, bright colors, and smiles pasted on everything, from Clawbert, to the clouds in the background, and the eggs you pick up that contain your soon-to-be buddies. The friends themselves are a pretty eclectic bunch as well. They include things like a living pizza named Pizzaface who's offended that he shares the same name as an insult for unattractive people, a half-empty glass of water with a dismal outlook on life, and a sentient rock who's deathly afraid of paper. You never know what you're going to get in Clawbert, so kudos to the developers for coming up with these out-there ideas.

Needless to say, Clawbert is a very charming-looking game, and anyone who has a weakness for the cute stuff will likely get hooked immediately.

Not the Prize You Were Expecting

It's good that Clawbert has decent visuals because the rest is pretty lackluster. For one thing, the music is very bad, consisting entirely of one short tune that plays on repeat ad infinitum. The only positive thing that can be said about it is that it can be muted.

The gameplay isn't much better. While the controls are alright, simulating the feel of a crane game where you control the position of the claw via a lever and press a button to grab things, there's really not much depth to be found. It's easy enough to eyeball where you'll need to position the crane, you'll always get something if your prize is properly centered, and there's no real consequence for failing anyway. The truth is there isn't much skill, strategy or the illusion of either in Clawbert. If you were hoping for a decent simulation of a real life crane game, which can be quite hairy as anyone who's played them can tell you, you won't find it here.

Even if the overly simplified gameplay enthralls you, then the constant waiting the app imposes will put a buzz-kill on you. Every time you catch an egg, you have to give it some time to hatch. They're inoffensive at the beginning, usually running between 10 to 30 seconds apiece, but soon enough, the timers start dragging into the minutes.

To the app's credit, it does at least try to mitigate the annoyance of waiting, but its efforts just don't cut it. You can buy additional slots that let you hold and incubate more eggs at once, but the gem requirements for those are steep. You can still operate the crane while you wait and keep whatever coins and gems you grab, but those seldom ever come in any sizeable quantity. You can spend coins to hatch eggs immediately, but that won't be a solution as hatching costs steadily rise. Forcing the player to wait to have fun has always been a cheap and underhanded way for free-to-play games to wring money out of them, but in Clawbert, it comes across as a weak attempt to make such an empty app feel like it has more substance than it really does.

There's not much to say about Clawbert because there's not much to Clawbert. The gameplay is one-dimensional, the challenge is nonexistent, and the forced waiting is completely unnecessary. The visuals are cute and whimsical, but those will only take it so far. As it is, Clawbert can only be recommended to young children or people looking for a more relaxing way to kill time during a coffee break or something. Nearly everyone else will get bored in minutes.