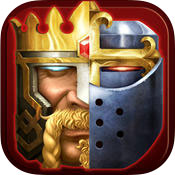 Lead Your Empire to Glory in a World of Chaos!

It's finally done. You fought a long and grueling war, drove back the barbarians, and retook your kingdom. Now you must bring order back to the land and rebuild its former glory. It won't be easy; there's a world of difference between leading an army to battle and leading a nation to prosperity. Will you focus on rebuilding your capital city? Will you attempt to take the surrounding lands for yourself? Will you hunker down your defenses to fend off future invaders, or will you take the fight directly to them? As current king and future emperor, you alone must decide.

The Jewel of Your Kingdom

The battle may have been victorious, but it was not without cost. Your city sustained a lot of damage, and it will take careful management of your resources to fix it up properly.

• Gather four resources: food, lumber, iron and mithril.
• Construct over a dozen buildings, including farms, sawmills, army tents, stables, colleges, fortresses, embassies and more.
• Build a powerful army with a diverse range of soldiers like rangers, horsemen, spearmen, siege engines and so on.
• Strengthen your walls, set up watchtowers, and lay down deadly traps to protect your city from foreign invaders.
• Complete quests to reap even more bountiful rewards.

The war has been won, but everlasting peace is only a pipe dream in the chaotic world of Clash of Kings. Enemies dot the landscape. If you don't pay any attention to them, you may one day find them ramming your gate and undoing all your hard work. Don't let that happen; take the initiative and attack them first!

• Assemble your offensive fighting force and begin marching.
• Send soldiers to claim untamed lands for yourself.
• Attack the bases of other players to pillage their wealth for your own uses.
• Fight fearsome monsters that wander around the countryside, including skeletons, centaurs, giants, ninjas and more.

Stay Close to Your Friends and Enemies

No man is an island, and no kingdom exists in a vacuum. Clash of Kings is one of many free-to-play multiplayer games out there, filled with people just like you. They're all trying to make it in this harsh world of magic and monsters. Help and hinder them to your heart's content. Just prepare for the consequences.

• Join an alliance of like-minded players. Share resources, help fend off enemy attacks, research new technologies together, and more.
• Wage war on other alliances. Coordinate attacks with your allies to bring down the most fortified territories of all.
• Communicate with your fellow players via the in-app chat box and email service.

Wear the Crown with Honor

Clash of Kings represents the pinnacle of mobile multiplayer army games. With in-depth player interaction, deep city-building mechanics, range of soldiers to train, and highly-detailed visuals, you can't ask for anything better. Take up the sword, get on your horse, and ride to battle in the Clash of Kings today!

A King Does Not Wait...Until Today

If you're here to read up on the War of the Five Kings, you've come to the wrong place. Despite sharing a title with the book of the same name by George R. R. Martin, the Clash of Kings app has nothing to do with A Song of Ice and Fire or the Game of Thrones TV show. Instead, this is yet another entry in the long list of mobile city-building battle games that promises a deep and strategic experience.

At first glance, it seems like it may live up to that promise. The visuals and musical score definitely hit the right notes for anyone looking to get their heroic fantasy fix. Unfortunately, the first impression will quickly burn itself out. All you'll be left with is another cliché waiting sim that might just leave you wanting to spend your time on something else.

Pleasing to the Eyes, Grating on the Ears

Visually, the game looks impressive. The city-building aspect of Clash of Kings takes a few cues from the similar Game of War: Fire Age. The design of the city has already been pre-built, so you've got some interesting scenery to look at. There's a lot of extra ambience as well. Soldiers march up and down the streets, civilians mill around, and the weather frequently changes from clear and sunny one moment to heavy rainfall the next. One of the cooler effects is that the shadow of a dragon will occasionally pass over your city.

Musically, it's a whole other matter. The soundtrack is pulling off all the stops to make it seem like you're in a world rife with magic, danger, adventure and epic battles. The score is absolutely sweeping and orchestral, similar to what you might hear in a movie trailer. It sounds nice, but it's trying too hard. Epic music is good and all, but it's just silly when it accompanies something as mundane as city planning. Unfortunately, silliness will eventually give way to annoyance once you realize how short all of the tracks are. Each one lasts for only 30 seconds and they loop around in very clumsy ways. The music in Clash of Kings gets old very fast; you're better off muting it before it drives you insane.

Easy to Get Into

Like most games of this stripe, Clash of Kings can seem pretty overwhelming on the outset. There are a lot of buildings to construct, many kinds of troops to train, and even more statistics to keep in mind. Luckily, it's much simpler than it appears, and the game does an excellent job at easing you in. It will subtly walk you through everything, describing what each building does, how to upgrade them, how to train soldiers, how to harvest resources, and so on. It's also very generous with the resources it gives you; by the time it's over, your wood and grain stores will easily number in the tens of thousands.

Best of all, it's never really forced upon you. Most of these games make you slog through a tutorial, which gets boring if you've gone through this kind of game before and already know how everything works. In this app, you're free to follow its suggestions or do your own thing. Whatever flaws Clash of Kings has, let it never be said that it does a poor job teaching you the basics.

Unfortunately, Clash of Kings has its share of flaws, the biggest of which is that there's little to differentiate it from the competition. If you're familiar with these strategic city-builders, or even just read some game reviews about them, then you should already know what to expect. You construct your buildings, gather resources, set up defenses, train soldiers, and research new technologies that improve everything already mentioned. It's the same song and dance as before. Everything takes time to produce, and the better the thing you're producing, the more time it will take. It's ultimately a game of waiting unless you feel the need to spend some money.

Like its predecessors, there is combat to take into account in both player-versus-environment and player-versus-player terms, but it doesn't mix anything up. Unlike the similarly-named Clash of Clans, which includes some RTS gameplay, combat is entirely automated. When you want to launch an attack on someone, whether that's a monster in the world or another player's city, you simply form an army from the pool of soldiers you have, march them in that direction, and let the game calculate the results. Waiting does not make for a fun or interesting experience, especially when other people are involved. There are much better PvP games to find.

That's not to say that it's completely irredeemable. There can still be some good stuff, considering how in-depth player interaction can get. Alliances can be a useful tool to speed things along, as every player can pool their resources together to help each other out. There's also potential to wage some large-scale wars against other alliances. By using the in-game chat and email services, players in an alliance could plan some neat strategies and coordinate their attacks. However, this just means that your enjoyment of Clash of Kings is going to largely depend on the people you play with, provided you even have the patience to play long enough to reach that level of gameplay.

Conclusion: The Crown is Heavy

Once again, it should be stressed that if you've played or even just read any app reviews for similar games, then nothing about Clash of Kings should surprise you. It's a derivative title with unrewarding gameplay based entirely around paying and waiting. It's not nearly as in your face about squeezing cash out of you as many of its competitors, and it can take some time before you really do need to pull out the credit card. However, if you don't like apps like Clash of Clans and Game of War, then it won't change your mind. On the other hand, if you do like them and are already knee-deep in their content, there's no reason to switch over to Clash of Kings. This is a war you'd best stay out of. 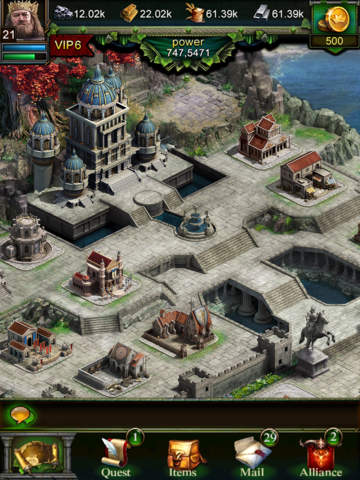 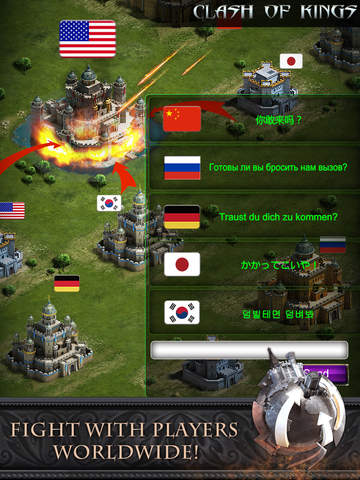